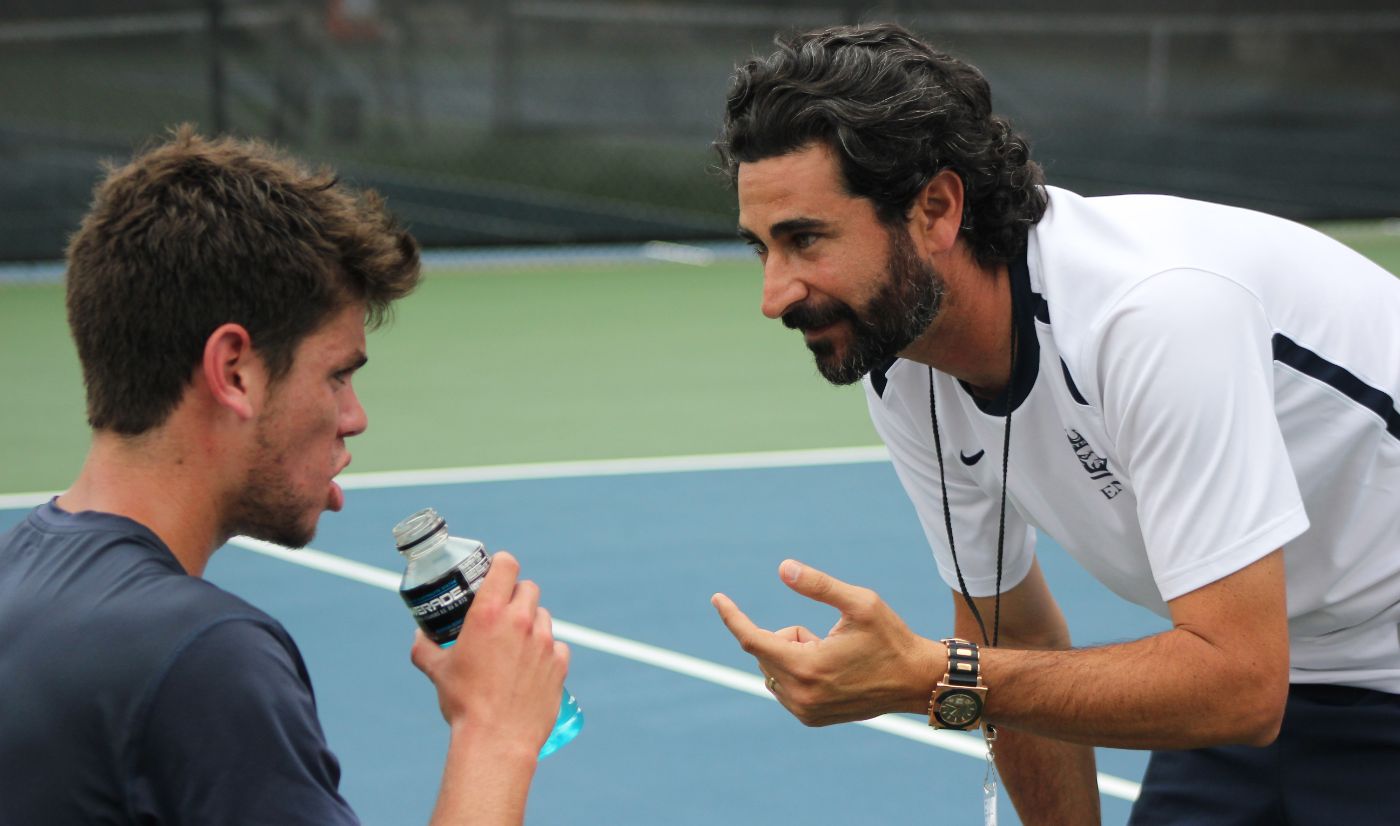 Bucs dip back below the .500 mark with the loss

DUNWOODY, Ga. (Feb. 26, 2016) – No. 63 Georgia State knocked off the ETSU men’s tennis team Friday afternoon in Dunwoody, Ga. by a final score of 4-3. The loss moves ETSU’s record to 3-4 this season with all four losses coming against nationally ranked opponents.

“Unfortunately we ended up on the losing side of this hard fought match,” said ETSU Head Coach Yaser Zaatini. “All the credit goes to Georgia State. They just wanted it all little more. We had our chances but we let them go.”

ETSU picked up all three of its points in singles action Friday. Robert Herrera (Barcelona, Spain) and David Biosca (Sant Fruitos De Bage, Spain) both extended their winning streaks to five and three, respectively. Diego Nunez (Monterrey, Mexico) picked up the third victory notching his first win of the spring in the No. 3 slot.

In doubles, the Bucs dropped two of the three decisions to the Panthers. However, the duo of Herrera and Ismael Merino (Lima, Peru) notched their team-leading fifth victory of the season.

The Bucs will round out their weekend Sunday when they take on No. 16 Georgia in Athens. The match against the Bulldogs is scheduled to begin at 2 p.m.