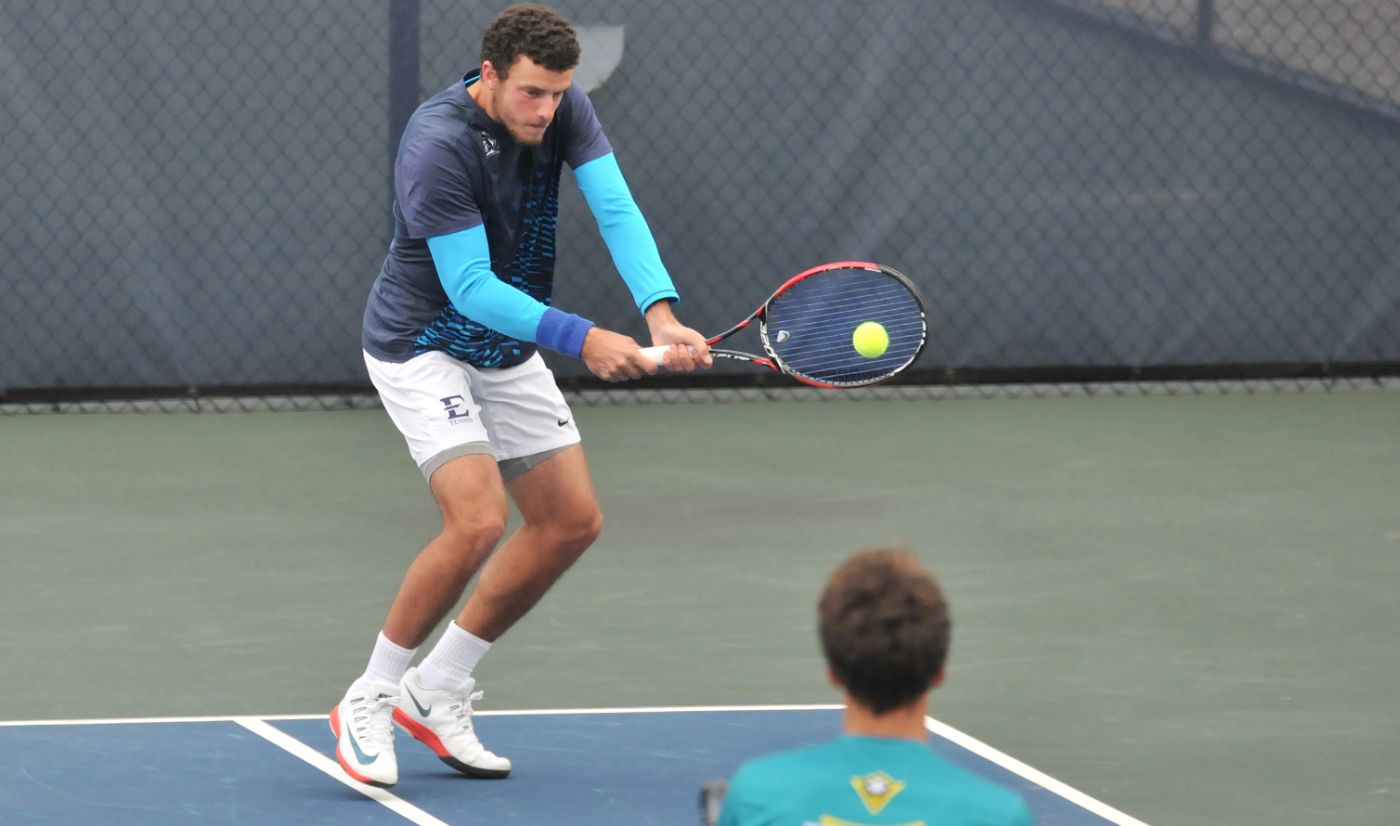 Biosca paces Bucs in 6-1 loss at No. 16 Georgia
Related Links

Biosca picked up a win over the No. 21-ranked player in nation Sunday

ATHENS, Ga. (Feb. 28, 2016) – Junior David Biosca (Sant Fruitos De Bage, Spain) picked up a victory over the 21st-ranked player in the nation Sunday but the ETSU men’s tennis team dropped 6-1 decision at No. 16 Georgia. The loss moves ETSU’s record to 3-5 this spring.

“It’s hard to beat a perennial top 10 program on the road,” said ETSU Head Coach Yaser Zaatini. “I believe we played solid but fell a little short. If we manage to play at this level more often we will be a successful team.”

ETSU’s lone victory in singles came from Biosca when he knocked off No. 21 Wayne Montgomery in three sets. Biosca rallied after dropping the first set, 6-2, to win the final two by scores of 7-6 and 1-0. Biosca, who has been playing in the No. 1 singles slot for ETSU all season long, improves to 5-3 overall and 4-0 in his last four matches.

Biosca also teamed with Rogerio Ribeiro (Sao Paulo, Brazil) to pick up a 6-3 victory over Paul Oosterbaan and Jan Zielinski. Biosca and Ribeiro move to 5-2 this season in doubles, which is nearly half of the team’s victories this season (12).

ETSU will hit the road again next weekend as it travels to Birmingham, Ala. for a pair of matches against UAB Friday and Samford Sunday. Friday’s match is scheduled to begin at 1 p.m., while the Bucs’ conference opener at Samford is slated to begin at 11 a.m.