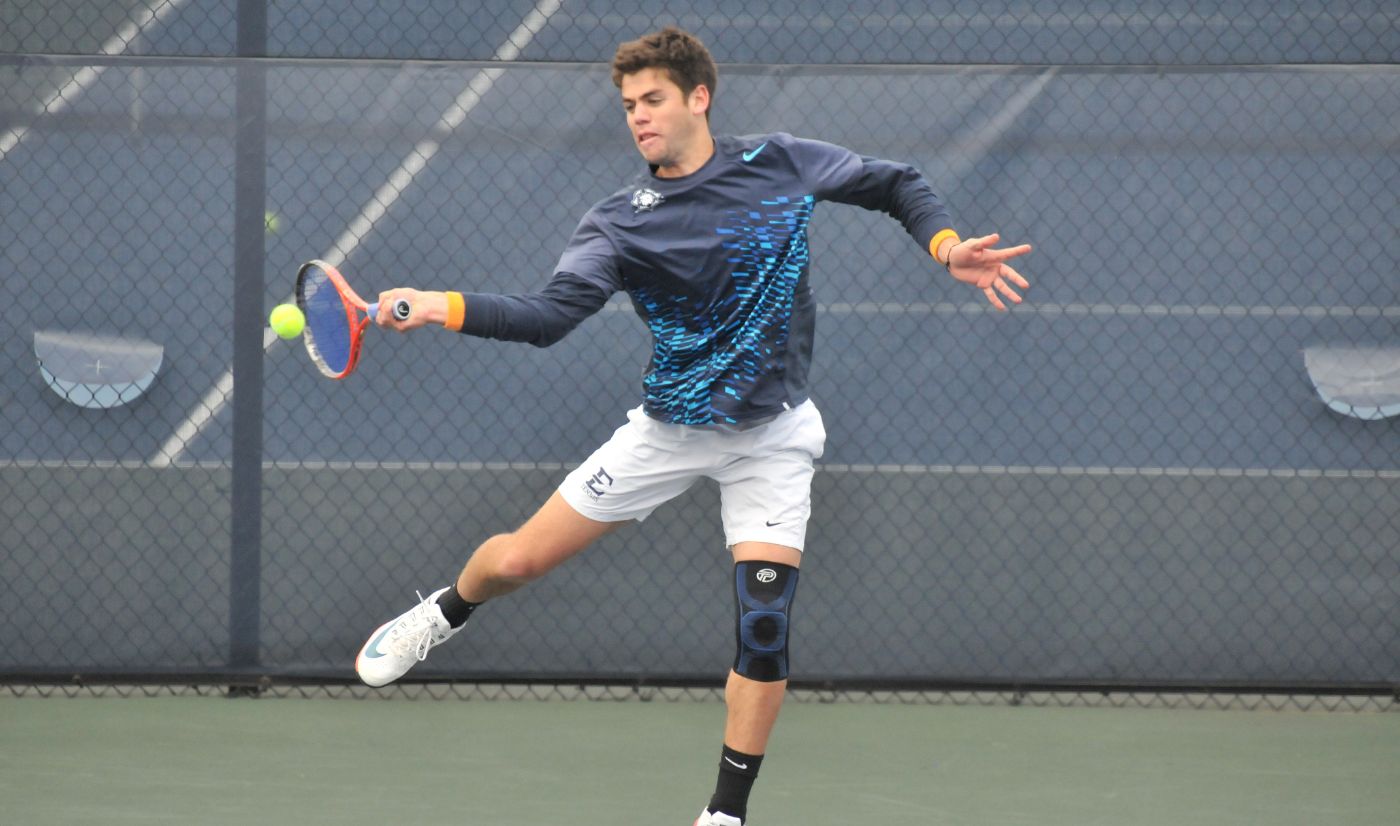 BIRMINGHAM, Ala. (March 5, 2016) – The 63rd-ranked ETSU men’s tennis team snapped a two-match losing streak Saturday with a 5-2 win over UAB. The Bucs not only improve to 4-5 this season but also pick up their first road win in the process.

“We got off to a terrible start,” said ETSU Head Coach Yaser Zaatini. “We battled back and the guys played hard. We found a way to win and that’s all that matters.”

The slow start for the Bucs was in doubles as they dropped two of the three decisions. The duo of David Biosca (Sant Fruitos De Bage, Spain) and Rogerio Ribeiro (Sao Paulo, Brazil) notched the win in the No. 2 doubles slot. Biosca and Ribeiro improve to 6-2 this season with the win.

ETSU hit its stride in singles, however, winning five of the six contests. The Bucs clinched the match when Robert Herrera (Barcelona, Spain) picked up his team-leading seventh victory as he defeated Kenton Parton: 6-3, 6-2. In addition to his work in doubles, Biosca also continued his roll in singles as he picked up his fifth straight win Saturday.

Next up for the Bucs will the SoCon opener at Samford Sunday afternoon. The match against the Bulldogs is set to begin at noon eastern time.