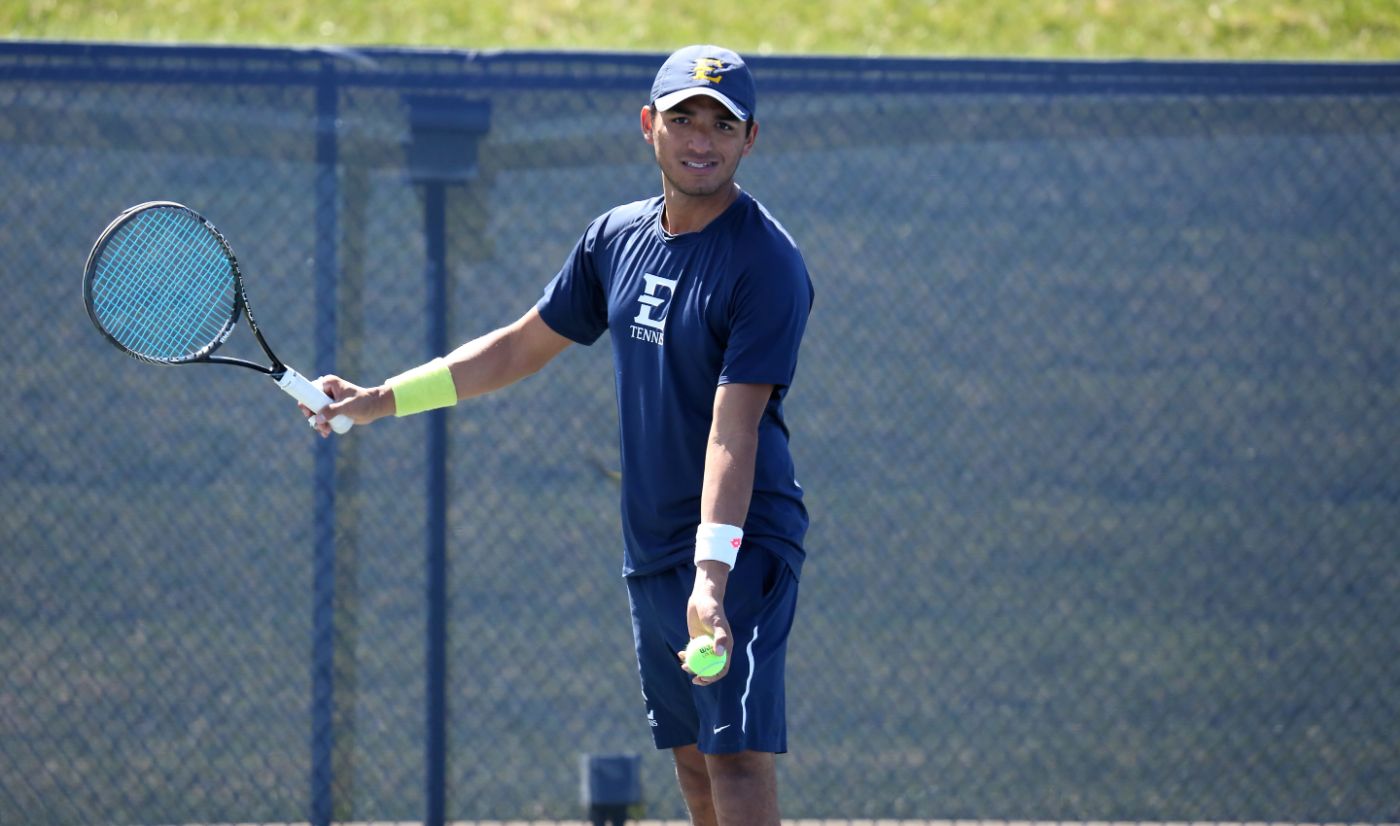 BIRMINGHAM, Ala. (March 6, 2016) – The 63rd-ranked ETSU men’s tennis team knocked off Samford Sunday afternoon, 5-2, in the team’s conference opener. ETSU, which evened its record at 5-5 with the win, continues its dominance in conference matches as it has won 20 consecutive conference matches dating back to the 2013 season.

“It is great to begin conference play with a win,” said ETSU assistant coach Ricky Rojas. “We hope the momentum we gained this weekend will lead into our match Wednesday.”

The Bucs switched up the pairings in doubles and both of the new pairings notched victories in the No. 2 and No. 3 slots 6-1 and 6-4, respectively. In singles action, the Bucs won four of the six matches against the Bulldogs. The only three-set victory for ETSU was Rogerio Ribeiro’s (Sao Paulo, Brazil) win over Trey Carter: 6-1, 3-6, 7-5.

Riding a two-match winning streak, the Bucs will head to Florida next week for a pair of matches. Starting ETSU’s trip to the sunshine state will be a match at North Florida Wednesday at 4:30 p.m. ETSU will close out the trip with a 4 p.m. match at UCF.