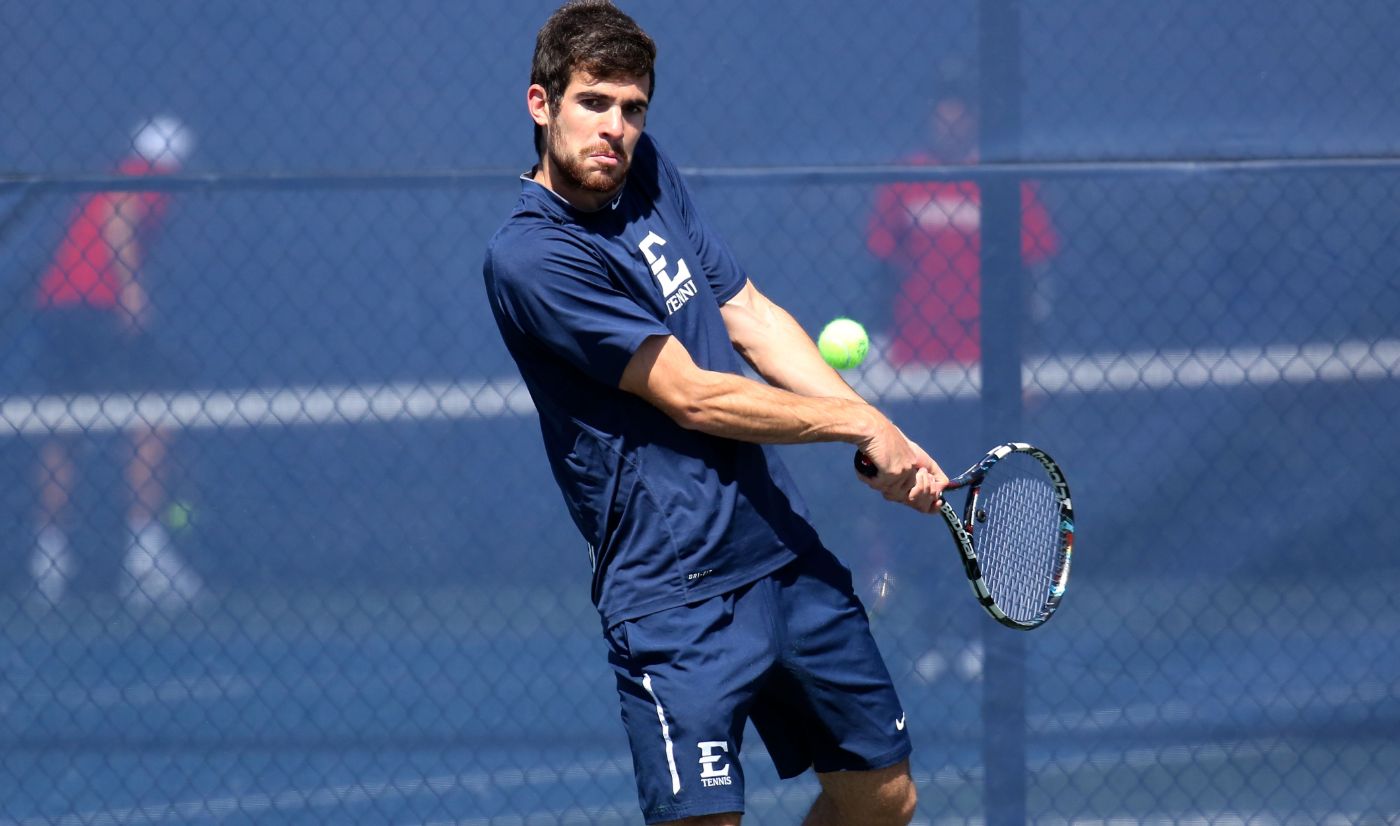 JACKSONVILLE, Fla. (March 9, 2016) – The 67th-ranked ETSU men’s tennis team edged North Florida, 4-3, in a non-conference match Wednesday afternoon. With the victory, the Bucs move their record to over the .500 mark for the first time this season at 6-5.

"It was a great team win," said ETSU Head Coach Yaser Zaatini. "I am so proud of the way the guys competed. UNF is an agreessive team and weathered the storm to get the win."

The former Atlantic Sun rivals battled each other to the very end as the two teams were tied at 3-3 until David Biosca (Sant Fruitos De Bage, Spain) clinched the match for the Bucs with a three-set win over Yannick Zuern.

ETSU earned its other three points against the Ospreys thanks to victories by Diego Nunez (Monterrey, Mexico), Robert Herrera (Barcelona, Spain) and Sebastian Yllera (Cinco Saltos, Argentina). The win by Herrera is his third straight, while Nunez and Yllera both picked up their second consecutive victories Wednesday.

The Bucs will travel to Orlando, Fla. to take on UCF Friday afternoon. The match against the Golden Knights is scheduled to get underway at 3:30 p.m.