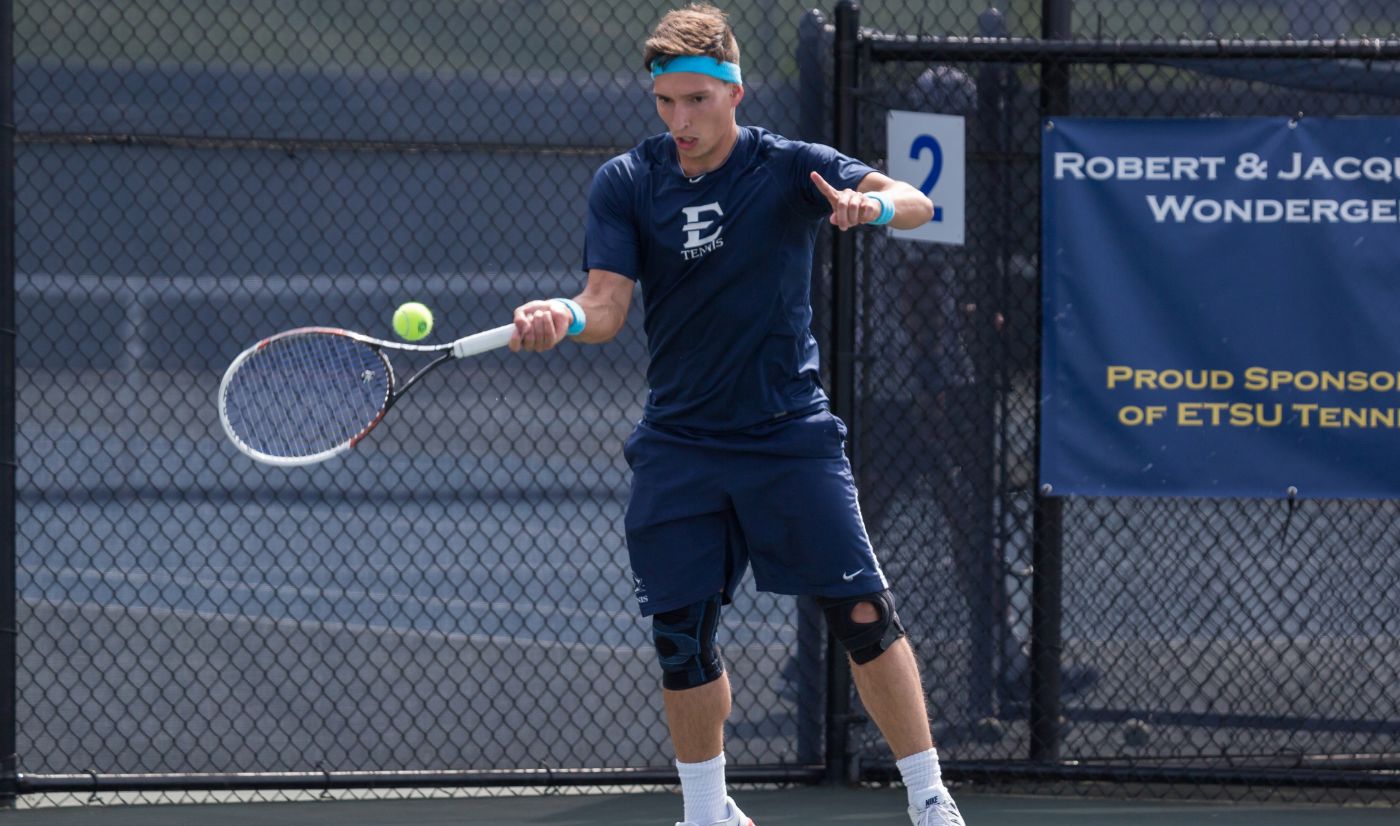 Senior Rogerio Ribeiro clinched the match for the Bucs
No. 57 ETSU shuts out Wofford, 7-0
Related Links

“It was a solid performance today,” said ETSU Head Coach Yaser Zaatini. “We didn’t let any matches get out of our hands and it is always uplifting to get a conference win.”

The Bucs started fast against Wofford winning two and leading a third doubles contest. Following the quick start, ETSU clinched the match when Rogerio Ribeiro (Sao Paulo, Brazil) defeated Parks Thompson: 6-0, 6-2. It is the fifth straight win for the Bucs, which is their longest winning streak this season.

ETSU, now 8-5 overall and 2-0 in conference play, will continue this two-match home stand Saturday with a match against UNCG with the first serve scheduled for 2:30 p.m.