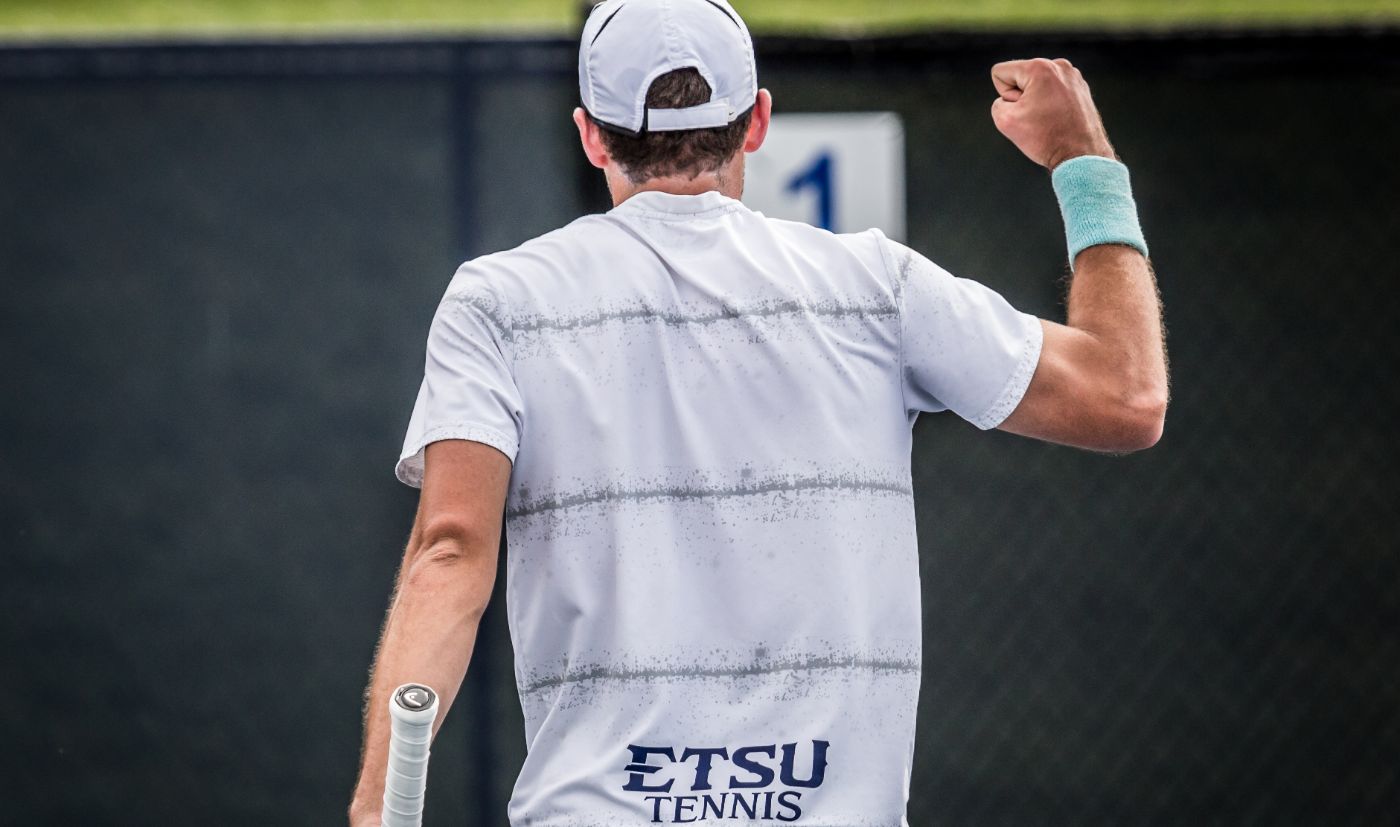 ETSU remains perfect on their home court with the win Saturday

JOHNSON CITY, Tenn. (March 26, 2016) – The 57th-ranked ETSU men’s tennis team posted its second straight shutout of a Southern Conference opponent Saturday afternoon as it blanked UNCG, 7-0. With the win, the Bucs not only improve to 9-5 overall and 3-0 in conference play but they also maintain their dominance on their home court as they are 17-0 at home the past three seasons.

Although the match ended in a 7-0 final tally, UNCG did notch doubles win over the Bucs’ top doubles duo of David Biosca (Sant Fruitos De Bage, Spain) and Rogerio Ribeiro (Sao Paulo, Brazil), 6-2. Following that defeat, however, the Bucs went a combined 6-0 to seal the match.

The Bucs will look to keep their 23-match winning streak in conference matches intact Friday when it visits Furman. First serve is scheduled for noon from Greenville, S.C.