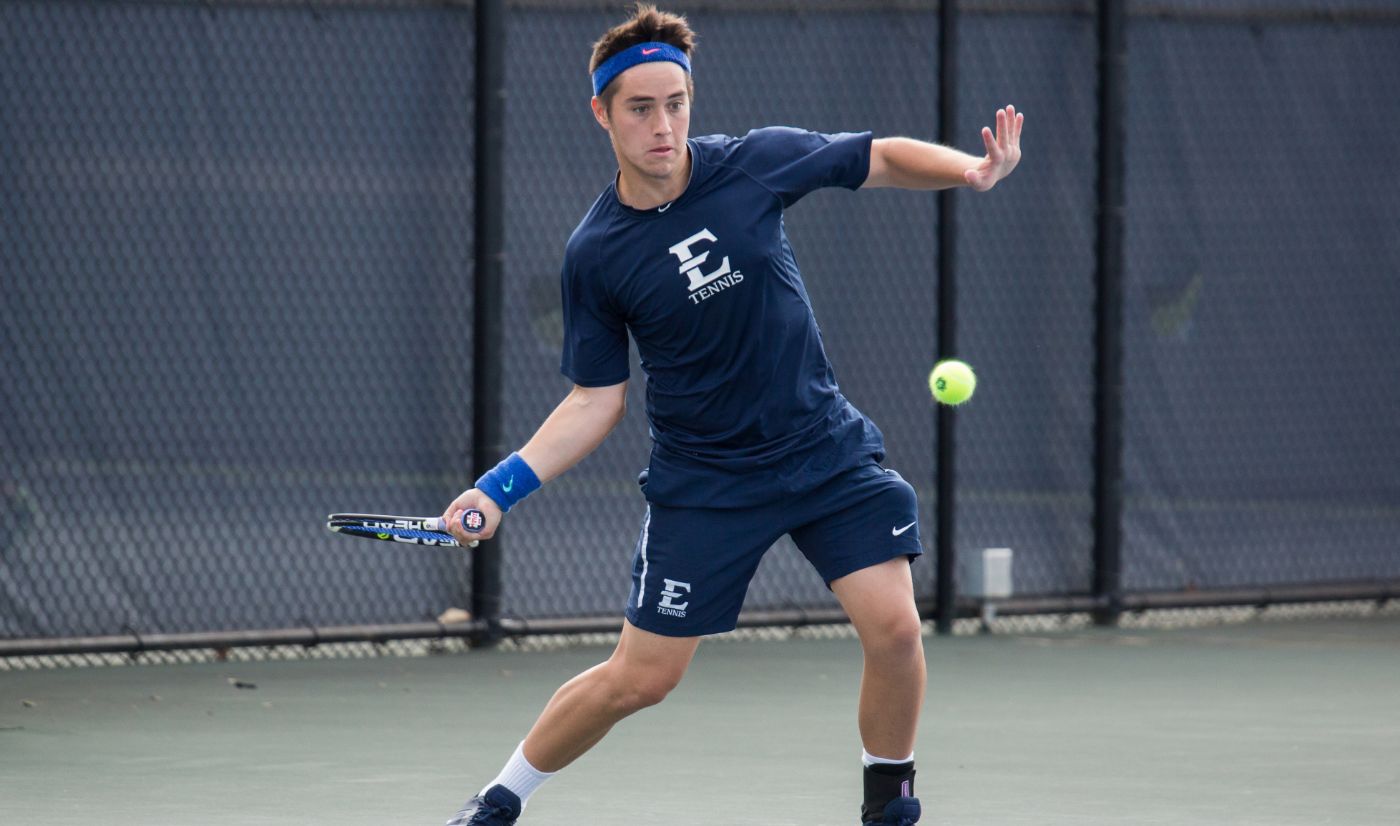 "We came out swinging early," ETSU Head Coach Yaser Zaatini said. "We had great energy in doubles and it carried in singles. Furman is a tough team and to beat them at their place is always a great win."

The Bucs won five of the six singles tilts along with two of the three doubles contests Friday against Furman. Highlighting the doubles contests was a 6-1 victory by David Biosca (Sant Fruitos De Bage, Spain) and Rogerio Ribeiro (Sao Paulo, Brazil) over Ben Horst and Matt Browne. Biosca and Ribeiro, who are currently ranked No. 55 in the Oracle/ITA Doubles Rankings, improved to 8-5 with the win.

After the Bucs secured the doubles point, they went on to win four singles matches in straight sets. Sophomore Robert Herrera (Barcelona, Spain) picked up his team-leading 13th victory of the season out of the No. 4 slot, while Wenceslao Albin (Salliquelo, Argentina) saw his first action since Feb. 26 and also picked up a win.

ETSU, now 10-5 overall and 4-0 in the SoCon, will head to Wilmington, N.C. Sunday to take on No. 63 UNC Wilmington at noon. The Bucs will be in search of their first victory over a ranked opponent Sunday when they face off against the Seahawks.