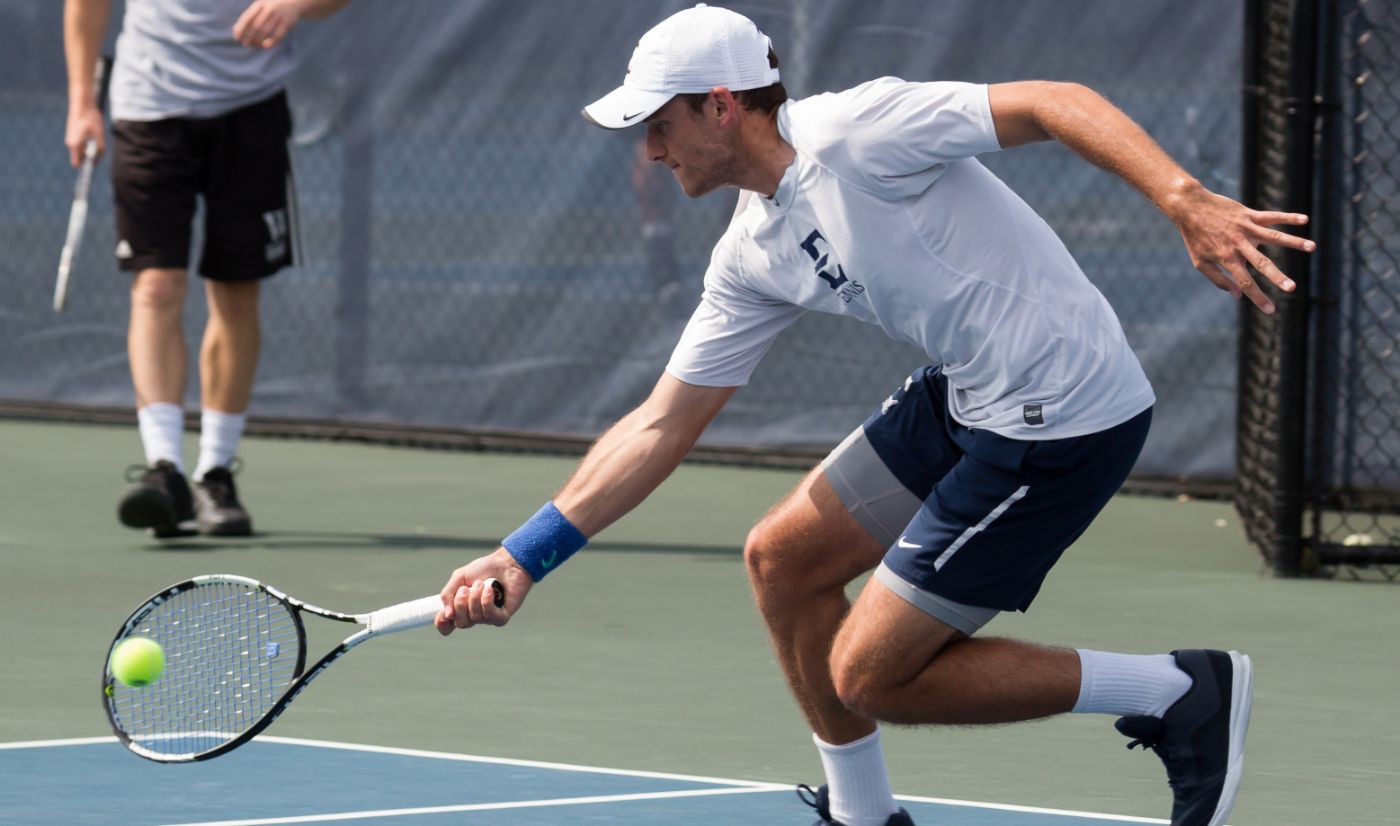 Bucs tally first win over a ranked team this season

WILMINGTON, N.C. (April 3, 2016) – The 57th-ranked ETSU men’s tennis team picked up its first win over a ranked team this season with a 4-1 triumph over No. 63 UNC Wilmington Sunday. The victory over the Seahawks marks the eighth straight win by the Bucs and moves their record to 11-5 this season.

“Great win for the team today,” ETSU Head Coach Yaser Zaatini said. “UNCW does not give up many free points. We managed to squeeze out the doubles point and it gave us momentum in singles. UNCW didn’t go away, but our guys pushed through and closed it out.”

After winning the doubles point, the Bucs received victories from David Biosca (Sant Fruitos De Bage, Spain), Robert Herrera (Barcelona, Spain) and Wenceslao Albin (Salliquelo, Argentina) to seal the win. The victory by Albin clinched the match for the Bucs, while Herrera’s and Biosca’s extended their individual winning streaks to eight and six, respectively.

The Bucs will return to the Dave Mullins Tennis Complex to face another ranked opponent Wednesday as they take on No. 64 Middle Tennessee State. First serve versus the Blue Raiders is scheduled for 2 p.m.