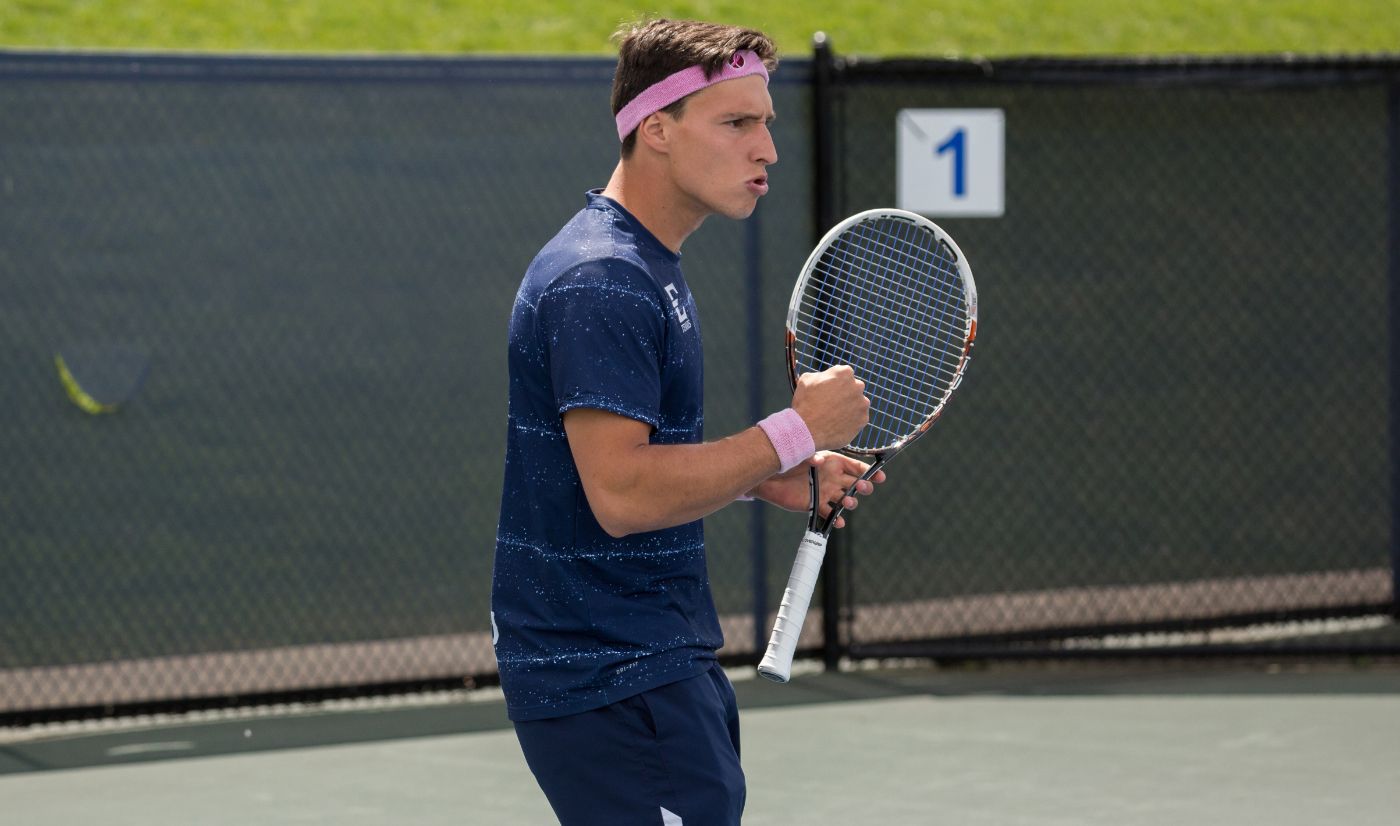 ETSU picks up its second straight win over a ranked opponent

JOHNSON CITY, Tenn. (April 6, 2016) – The 52nd-ranked ETSU men’s tennis team picked up its second consecutive win over a ranked opponent Wednesday as it downed No. 74 Middle Tennessee State, 6-1. The Bucs move their record to 12-5 this season and finish their regular season non-conference schedule with a record of 8-5.

“It is always great to win a match against a ranked opponent especially on your home court,” said ETSU Head Coach Yaser Zaatini. “As long as we come into these last three matches ready to go, I think we will continue to have success.”

The Bucs began the match winning the doubles point. It is the sixth straight match that ETSU has begun a match winning that point. Following their win in doubles, the Buccaneers went on to win five of the six singles bouts. Two of the five victories, however, came in three sets. Senior Rogerio Ribeiro (Sao Paulo, Brazil) clinched the match for the Bucs with a 6-3, 6-4 victory in the No. 2 position. With the win, Ribeiro becomes the third ETSU player to reach double figures in wins this season.

ETSU returns to conference action this weekend as it hosts Chattanooga and Mercer on Saturday and Sunday, respectively. First serve for both matches are slated for 1:30 p.m.