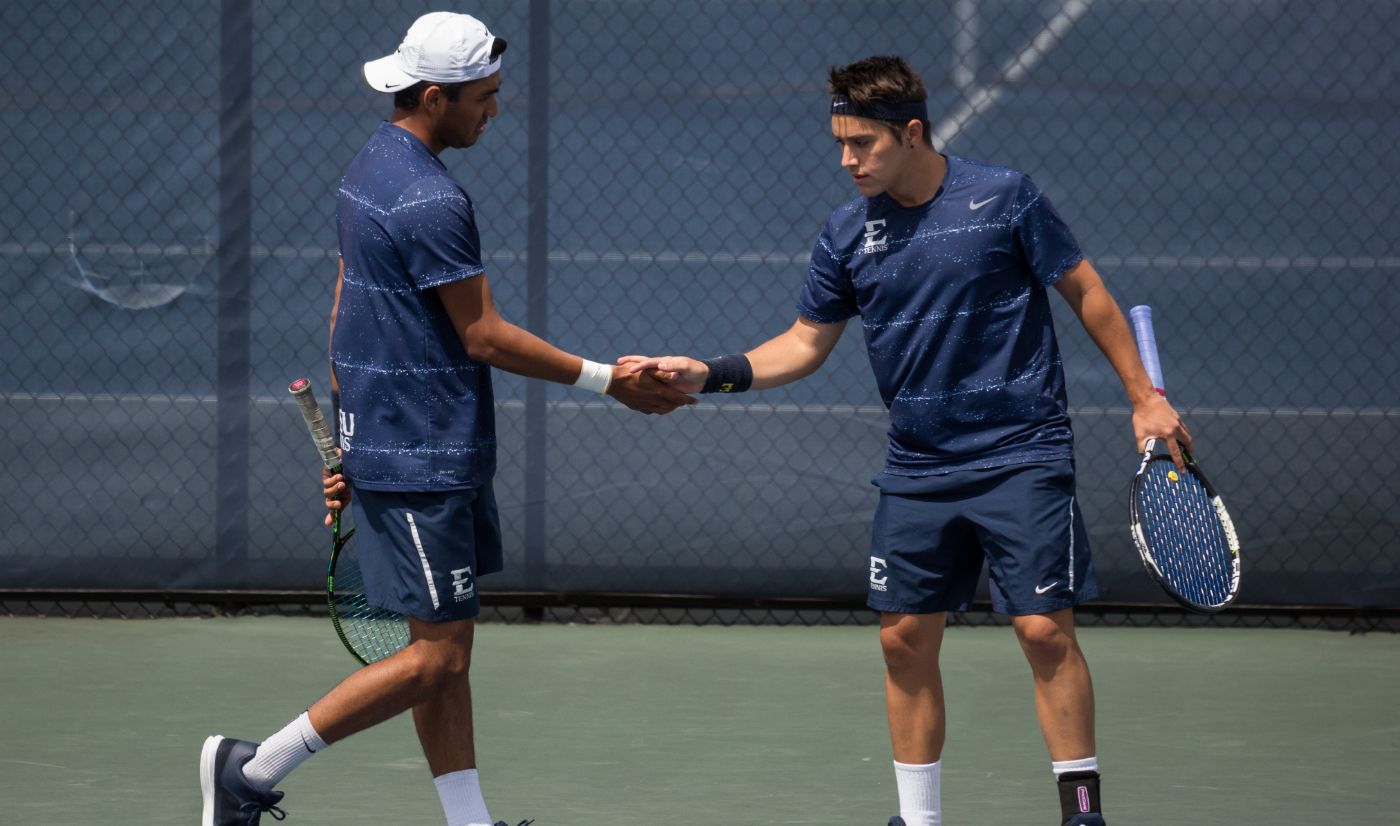 Robert Herrera and Diego Nunez notched a doubles victory over the Mocs
No. 52 ETSU shuts out rival Chattanooga, 4-0

BRISTOL, Tenn. (April 9, 2016) – The 52nd-ranked ETSU men’s tennis team notched its tenth consecutive win Saturday as it defeated in-state rival Chattanooga, 4-0, at the Bristol Racquet Club. The Bucs not only notched their tenth consecutive victory but they also improve to 13-5 overall and remain unbeaten in conference play improving to 5-0.

“Glad to pick up another win,” said ETSU Head Coach Yaser Zaatini. “The team played well today and adapted extremely well to the change of venue. Now our focus is on tomorrow and closing our home stretch with a great performance, in honor of our seniors’ last home match.”

ETSU began the match winning the doubles point after victories out of its No. 2 and No. 3 positions. Following the victory in doubles, the Bucs notched three straight set victories to clinch the match. David Biosca (Sant Fruitos De Bage, Spain), Robert Herrera (Barcelona, Spain) and Rogerio Ribeiro (Sao Paulo, Brazil) all picked up the singles wins for ETSU.

The Bucs will wrap up their home schedule Sunday when it hosts Mercer at 1:30 p.m. on the courts of the Dave Mullins Tennis Complex. Prior to the match the Bucs will also honor their three seniors in Ribeiro, Ricardo Pabon (Bogota, Columbia) and Sebastian Yllera (Cinco Saltos, Argentina)