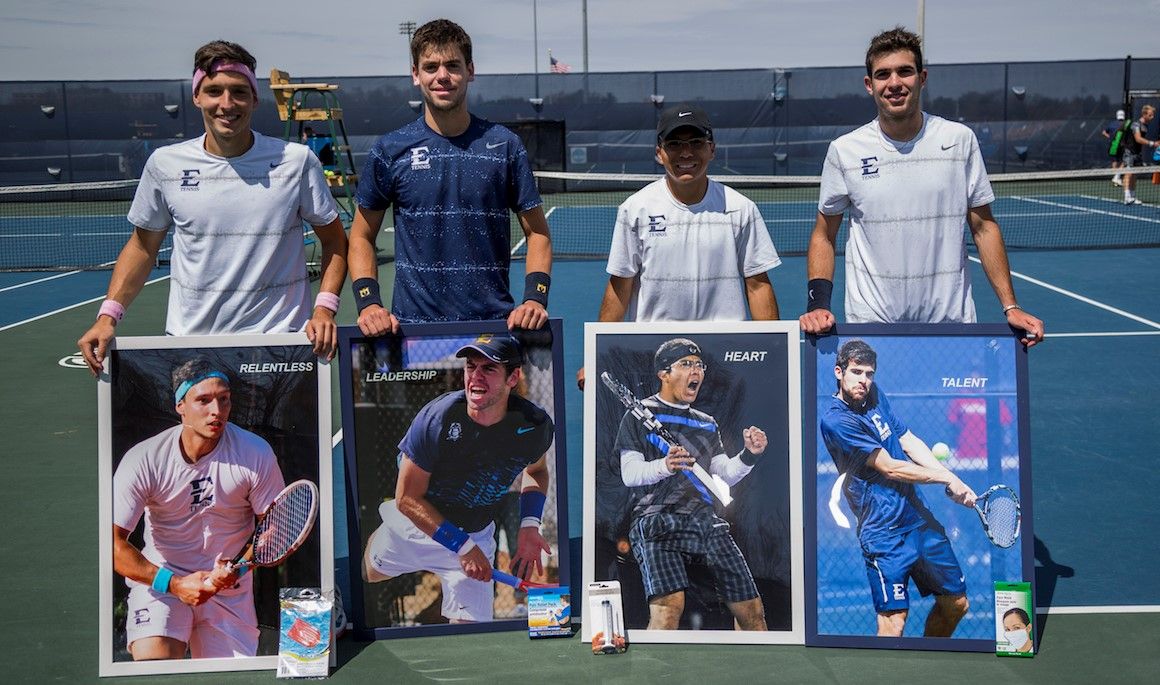 ETSU remains undefeated in conference play with the win

“For the rest of the team to pull together and get a win in the seniors’ last home match was great,” ETSU Head Coach Yaser Zaatini said. “As to what they meant to ETSU, there are no words to describe it. College athletics is a cycle. They have taken care of business for us during their careers so to see them pull out a win in their home finale was special and emotional.”

ETSU began the match by winning the doubles point. It is the seventh straight match that the Bucs have begun a match by winning that point. In singles action, ETSU continued to play well winning five of the six contests in straight sets. Diego Nunez (Monterrey, Mexico) clinched the match for the Bucs with a 6-2, 6-4 win over Nicolas Guillon. The win by Nunez was his seventh of the season to move his record to 7-8.

The Buccaneers will close out their regular season April 16 when they travel to take on the The Citadel at noon. If the Bucs defeat the Bulldogs it will mark the third straight season that they have finished the conference season undefeated.

“We look at it as one match at a time,” said Zaatini. “Just like we did today. Our goal is the play every match with everything we got and hopefully that will carry us on.”