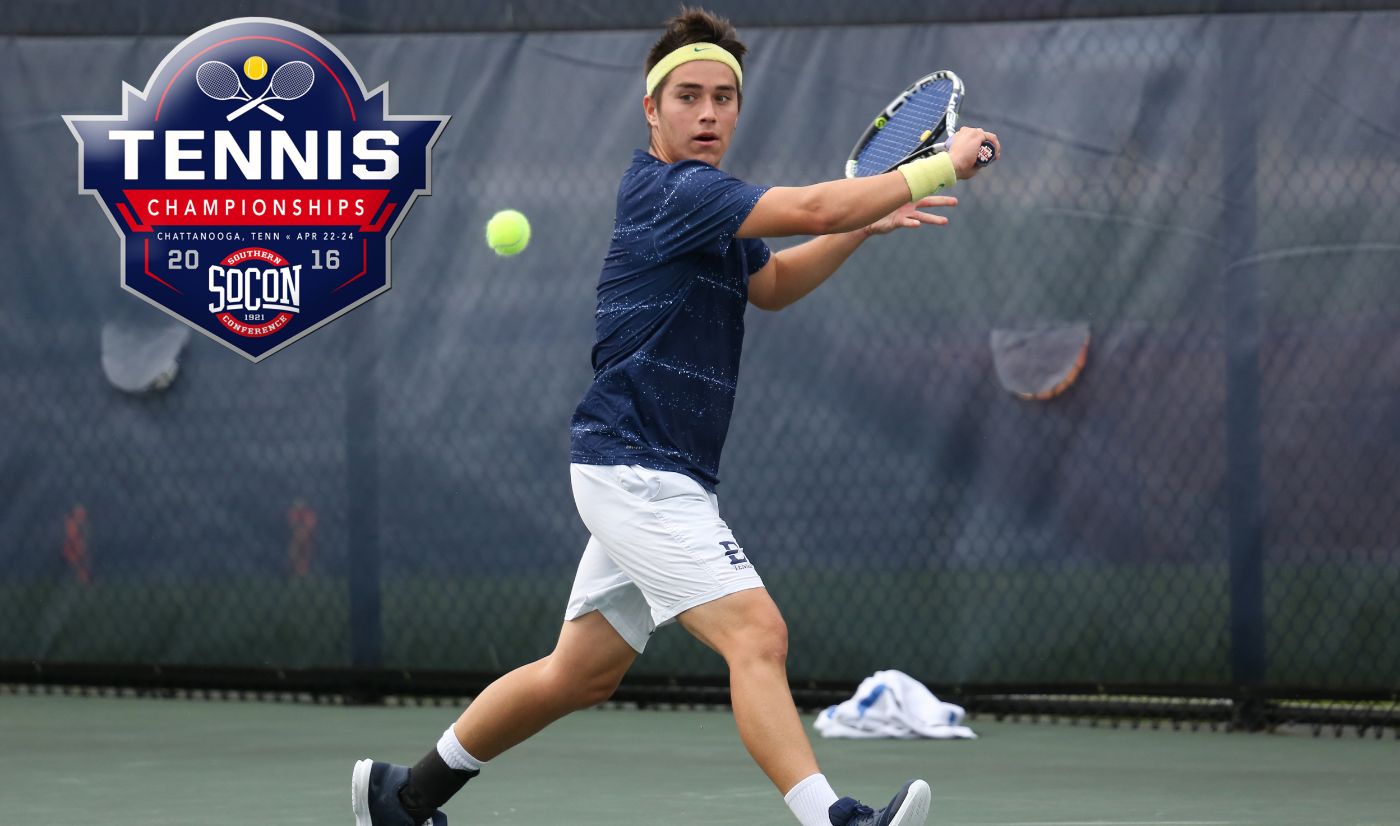 Robert Herrera notched a win in singles & doubles Friday to help the Bucs move on to the semifinals
Bucs sweep The Citadel, 4-0, to advance to SoCon semifinals
Related Links

ETSU will take on fifth-seeded Wofford at 10 a.m. Saturday

CHATTANOOGA, Tenn. (April 22, 2016) – The top-seeded ETSU men’s tennis team shut out No. 8 seed The Citadel, 4-0, Friday morning to advance to the semifinals in Southern Conference Men’s Tennis Championship. The win, which is ETSU’s 13th straight victory, moves the Bucs’ record to 16-5 this season.

The Bucs began the match against the Bulldogs by clinching the doubles point thanks to victories out of the No. 2 and No. 3 positions by the duos of Diego Nunez/Robert Herrera and Sebastian Yllera/Ismael Merino. Nunez and Herrera remain unbeaten in doubles this season improving to 11-0, while Yllera and Merino also keep their unblemished record going moving to 7-0.

In singles action, the Bucs earned a trio of straight set victories to clinch the match over The Citadel. Herrera staked ETSU to a 2-0 lead with a pair of 6-0 set wins over Jackson Pride. Following the win by Herrera, All-SoCon First Team members David Biosca (Sant Fruitos De Bage, Spain) and Rogerio Ribeiro (Sao Paulo, Brazil) also picked up singles victories to seal the win.

Next up for the Bucs will be a match against fifth-seeded Wofford in the tournament’s semifinals Wednesday at 10 a.m. ETSU swept the Terriers earlier this season in Johnson City by a score of 7-0.