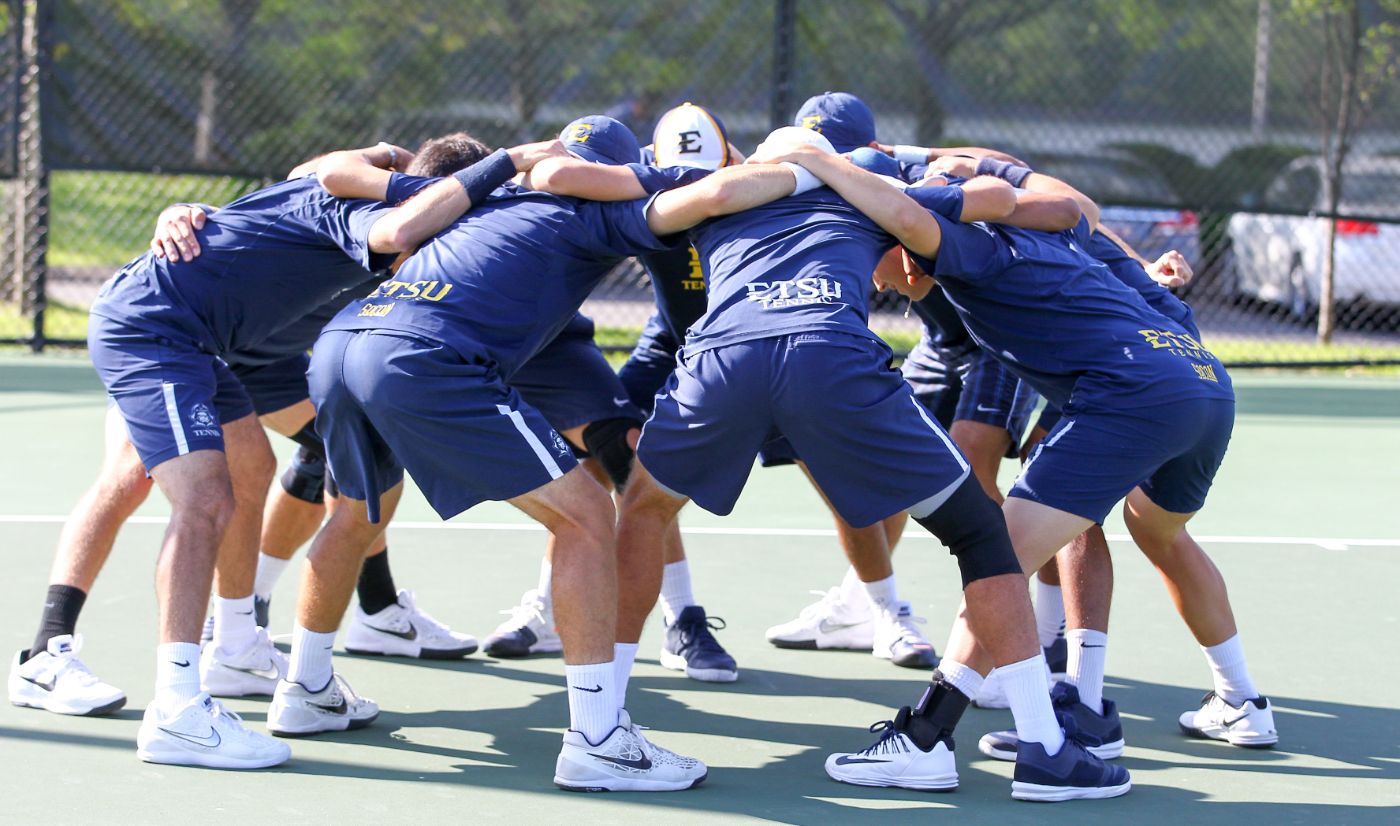 CHATTANOOGA, Tenn. (April 23, 2016) – A day after shutting out The Citadel, 4-0, in the opening round of the Southern Conference Men’s Tennis Championship, the ETSU men’s tennis team blanked Wofford by the same score Saturday in the tournament’s semifinal round. The Bucs notch their 14th straight win with the victory and earn a spot in the championship match Sunday.

The Bucs began the match capturing the doubles point. Seniors Sebasitan Yllera (Cinco Saltos, Argentina) and Ismael Merino (Lima, Peru) got the Bucs started with a 6-2 win in the No. 3 spot. The duo of Diego Nunez (Monterrey, Mexico) and Robert Herrera (Barcelona, Spain) clinched the point for ETSU with 6-3 win over Haris Poric and Andrew Graham.

ETSU sealed its fifth consecutive shutout thanks to three singles wins by Rogerio Ribeiro (Sao Paulo, Brazil), Herrera and Merino. All three wins were straight set victories out of the No. 2, 4 and 6 positions, respectively.

The Bucs will face off against No. 3 seed Furman in the SoCon title match at 1 p.m. Sunday afternoon. ETSU will not only be looking for its ninth SoCon tournament title but also its tenth straight appearance in the NCAA Tournament.