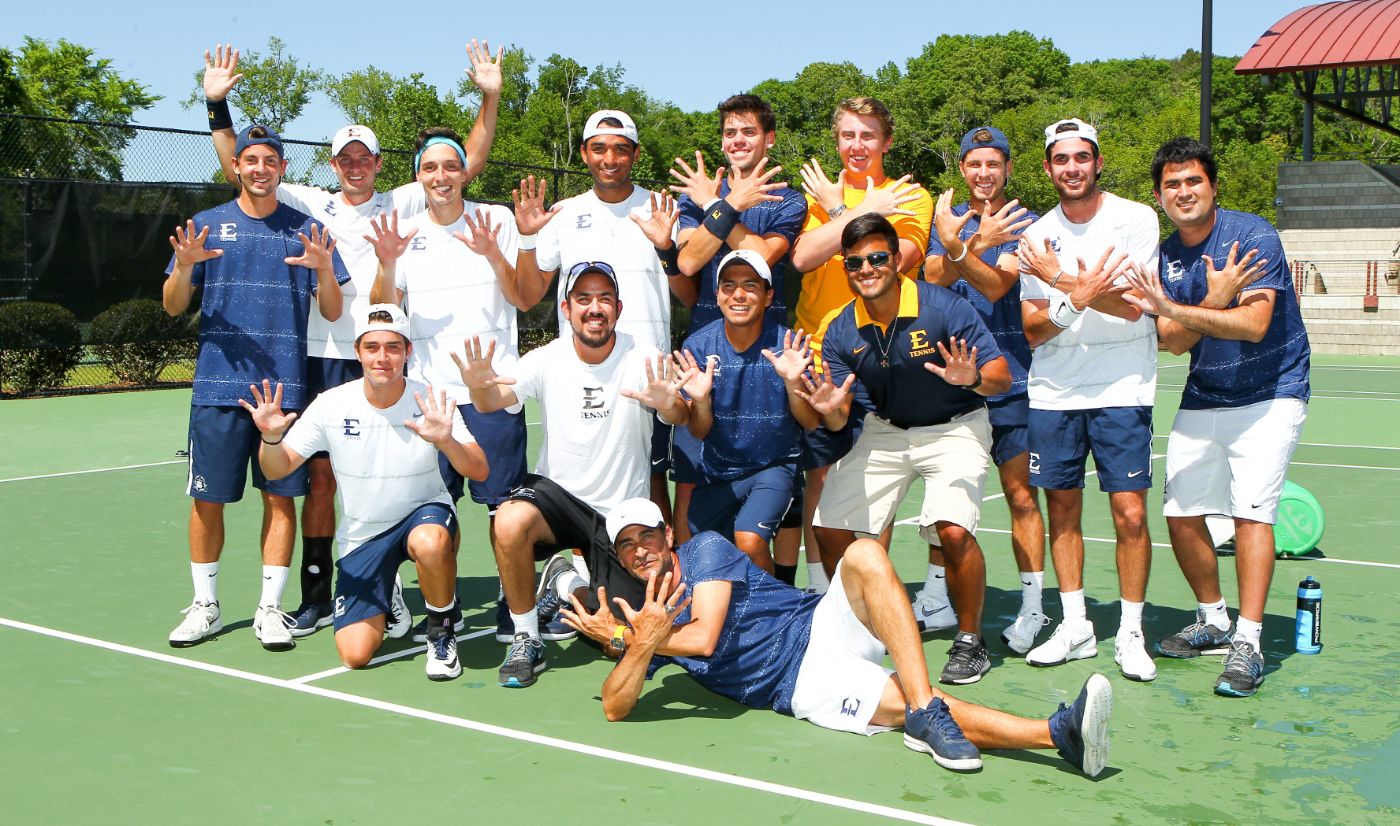 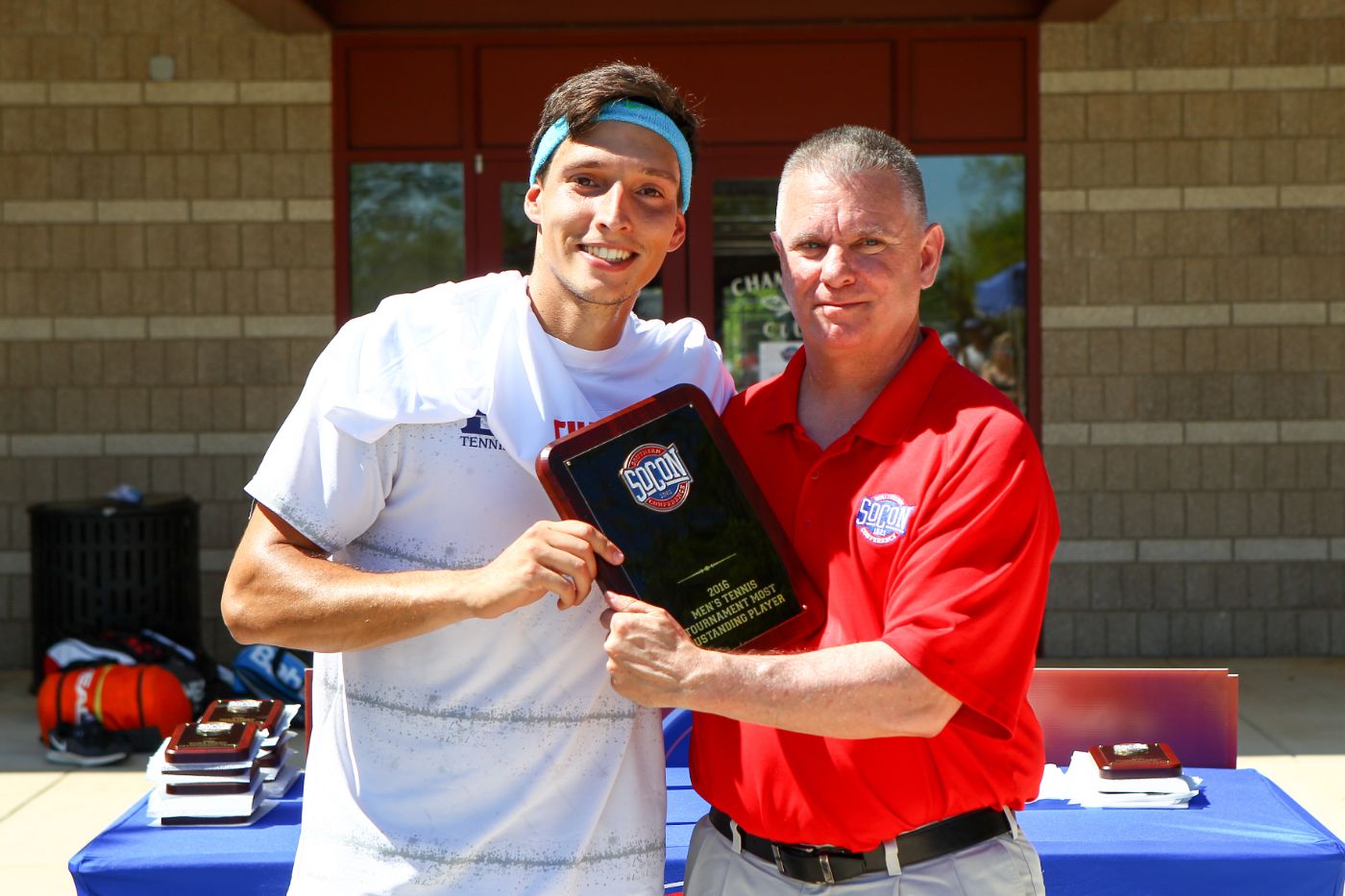 CHATTANOOGA, Tenn. (April 24, 2016) – The top-seeded ETSU men’s tennis team made it 10 for 10 Sunday as it won its tenth consecutive conference tournament championship and in doing so will advance to its tenth straight NCAA Tournament. The Bucs, who defeated Furman in the title match 4-0, have now won 15 straight matches and improve their record overall to 18-5.

“It is an amazing feeling to get to 10 in a row,” ETSU Head Coach Yaser Zaatini said. “10 is a big number when talking about consecutive championships. To be able to accomplish this with this group of seniors is pretty amazing. I am thankful to our administration, past players and teams who started the streak and also supporting staff, especially Ricky Rojas. It is obvious this does not happen overnight and this one feels as good as every other. I am excited for the kids and future of ETSU.”

ETSU began the match winning all three doubles matches by a combined score of 18-10. The duos of David Biosca/Rogerio Ribeiro and Sebastian Yllera/Ismael Merino both won 6-4, while the tandem of Diego Nunez (Monterrey, Mexico) and Robert Herrera (Barcelona, Spain) notched a 6-2 win.

After winning the doubles point, the Bucs made it 2-0 thanks to a 6-4, 6-4 win by Nunez out of the No. 3 position. Following Nunez’s victory, Merino tallied his second singles win of the tournament downing Alex Steryous, 6-2, 6-2. Fellow senior Ribeiro eventually clinched the match for the Bucs with a straight-set victory over Cameron Green.

At the conclusion of the match, Ribeiro was named the tournament’s Most Outstanding Player. Ribeiro, who posted a 16-5 record this spring, went a perfect 3-0 during the tournament and all three of those victories clinched the match for ETSU.

The NCAA Tournament Selection Show, which will be on NCAA.com, will air May 3rd at 5:30 p.m. Stay tuned to etsubucs.com as more details become available.