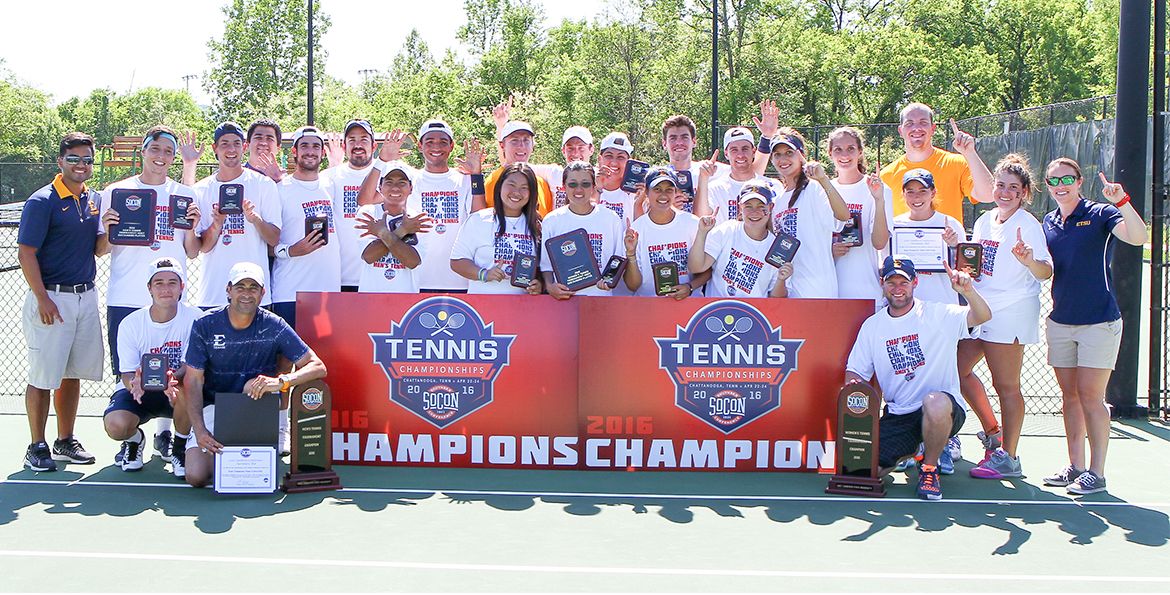 To be recognized as an All-Academic Team, both ETSU teams had a cumulative team grade point average of 3.20 or above for the 2015-16 academic year. For scholar athletes, each player had to meet the following criteria: be a varsity letter winner, have a GPA of at least 3.50, and be enrolled for at least two semesters.

“It’s always extremely rewarding to win championships, yet it’s more important for the future of these kids to receive a great education. Their effort in the classroom is outstanding. I’m so proud of our student-athletes,” said head coach Yaser Zaatini.

The ITA is the governing body of college tennis, overseeing men's and women's varsity tennis at NCAA Divisions I, II and III, NAIA and Junior/Community College. The ITA administers a comprehensive awards and rankings program for men's and women's varsity players, coaches and teams in all divisions, providing recognition for their accomplishments on and off the court.

Albin won the Freshman of the Year for this season, and Ribeiro, Yllera and Merino were named to All-Conference teams. Choo earned All-SoCon First Team honors in both singles and doubles, and Espana landed spots on the Second and All-Freshman teams.