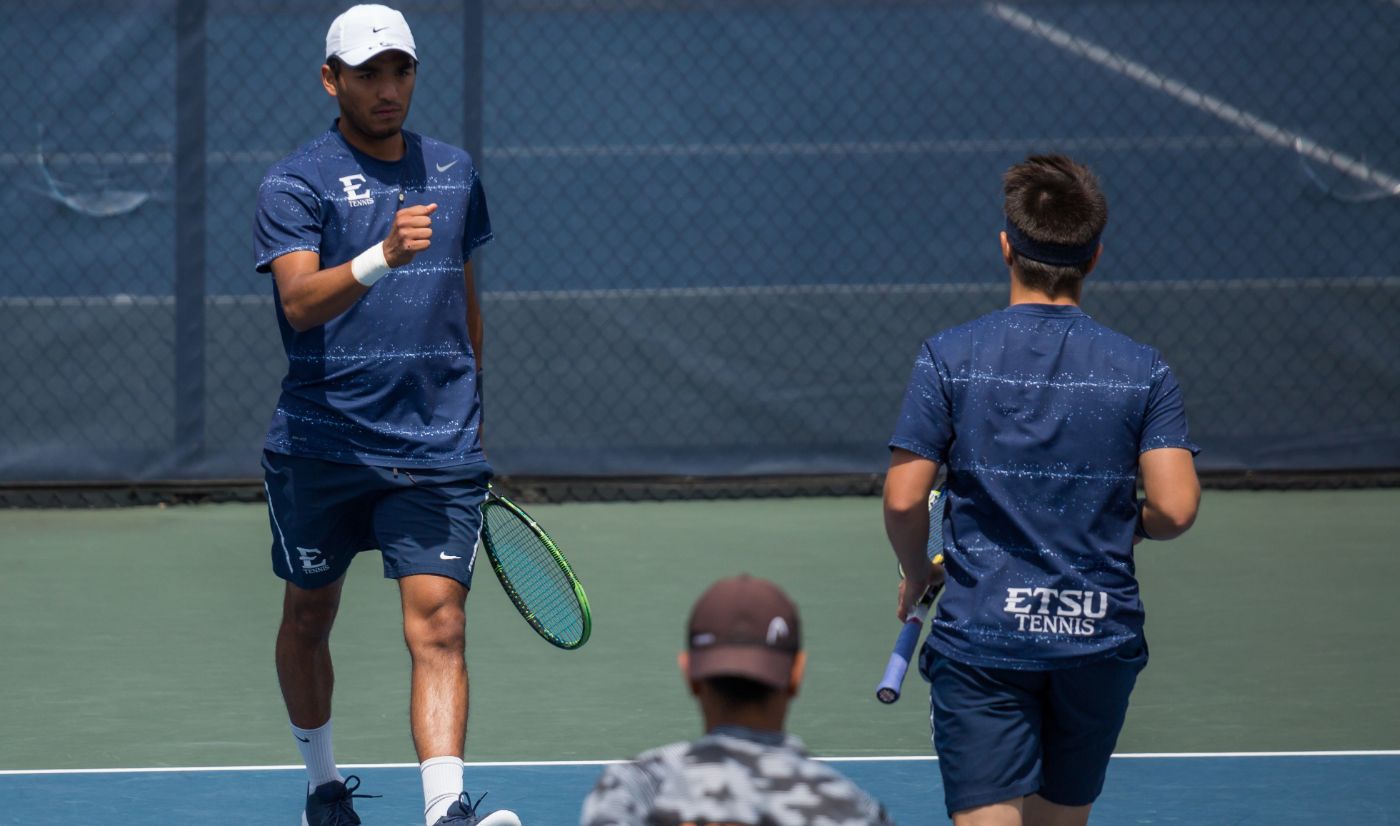 Men’s Tennis turns in an undefeated day in Athens

ATHENS, Ga. (Sept. 24, 2016) – In total, the ETSU men’s tennis team competed in nine matches Saturday on day two of the Southern Intercollegiate. The Bucs turned in the best performance they could as they won all nine contests and every member of the team that competed was a part of at least one victory.

In singles action, Miguel Este (Caracas, Venezuela) continued to impress as he advanced to the quarterfinals in the Division II bracket with a 6-3, 6-3 win over Alex Ross of Vanderbilt. The other three singles victories by ETSU came in consolation brackets.

Although the team had plenty of success in singles, it was doubles where the Bucs really made their mark. ETSU had three doubles pairings compete and all three won a match and two of the three are in Sunday’s Round of 16. The best win on the day in doubles came when Robert Herrera (Barcelona, Spain) and Diego Nunez (Monterrey, Mexico) knocked off the fourth-seeded duo from Arkansas Mike Redlicki and Adam Sanjuro, 6-3.

The Bucs and the rest of the field will return to the courts Sunday morning beginning at 9 a.m.