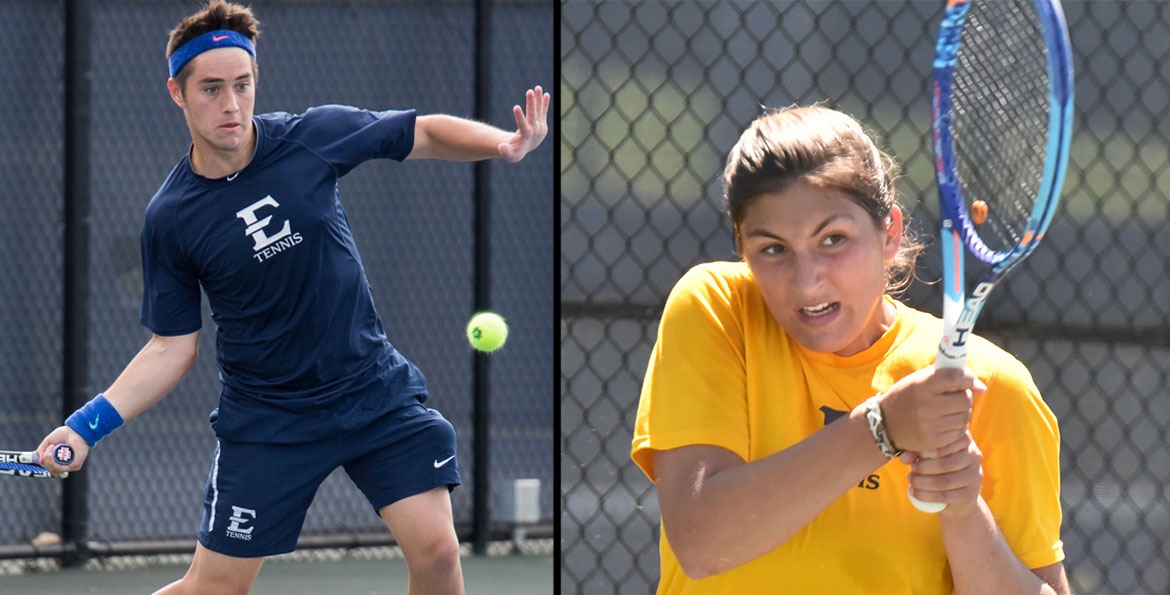 TULSA, Okla. & PACIFIC PALISADES, Calif. (Oct. 1, 2016) – Robert Herrera (Barcelona, Spain) paced the ETSU men’s tennis team at the ITA Men’s All-American Championships as he advanced to the Round of 64 of Pre-Qualifying Draw, while Marina Espana (Castellar Del Valles, Spain) was the lone women’s tennis player to compete on Saturday.

Herrera cruised past Miguel Aida of Columbia 6-2, 6-3 on Saturday morning. He fell behind in the first set in the Round of 128 to Florian Mayer of Temple, 4-6, but Herrera nearly shutout Mayer in the final two sets 6-0 and 6-1.

On the women’s side, Espana was the lone Buccaneer to play in the ITA Riviera Women’s All-American Tennis Championships on Saturday. She ultimately fell to Alexa Graham of North Carolina 6-1 and 6-4, but but she rebounded in the consolation round in three sets to Dani Wagland.

Herrea advanced to Sunday's Round of 64 of the Pre-Qualifying Draw after his pair victories Saturday. Herrera will match up against  No. 9 Chi-Shan Jao of Tulane at 9 a.m. CT. Albin will face Egehan Serkaya of Illinois State at 11:30 a.m. CT.