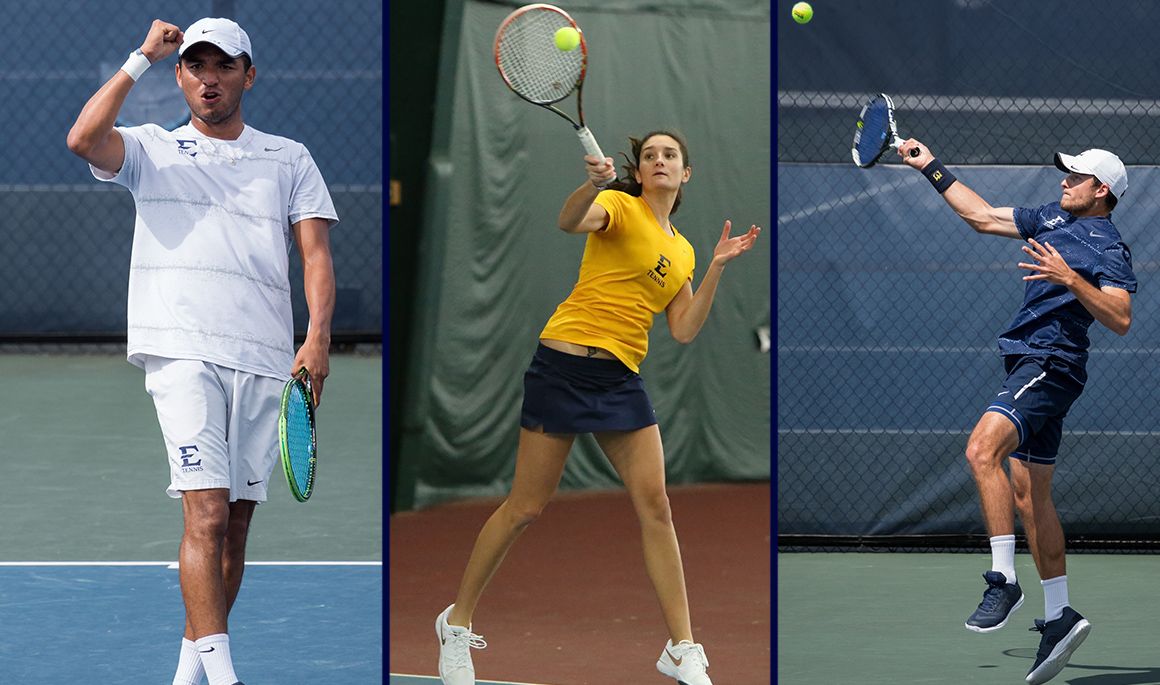 Diego Nunez (Monterrey, Mexico) was ranked the highest in both programs coming in at No. 43 in the nation. Nunez finished his junior season by collecting four wins against players from nationally ranked programs including two against No. 74 Middle Tennessee State University. Nunez was also part of the Bucs’ most dominant doubles tandem with Robert Herrera (Barcelona, Spain) as the duo went 14-0. Nunez was named All-SoCon Second Team for singles and First Team for doubles at the conclusion of last season.

Fellow senior, David Biosca (Sant Fruitos de Bage, Spain), followed his teammate as the Spain native was ranked No. 65 overall. Biosca, a two-time SoCon Player of the Year winner, went 17-4 in singles play last year as he played exclusively out of the No. 1 position for the Blue and Gold. He became the first Buccaneer in history to qualify for the NCAA Tournament in both singles and doubles. With his partner Rogerio Ribeiro, the duo made it all the way to the Final Four in the NCAA doubles bracket. For their accomplishments, the duo were named All-Americans, which is the first-time ever in program history.

On the women’s side, Ioanna Markesini (Athens, Greece) cracked the top-100 as she was ranked No. 95 in the women’s singles top-100 ranking. The Greece native posted an impressive 16-3 singles record last, which was tied for the second-most wins on the team. She was a part of the team’s winningest doubles tandem that season with Marina Espana (Castellar Del Valles, Spain). The pair went 17-3 to lead the ETSU women’s team. Moving into her third season at ETSU, she has a 31-8 singles career record and 29-9 doubles career record.

To find the complete rankings, click the links to the right.