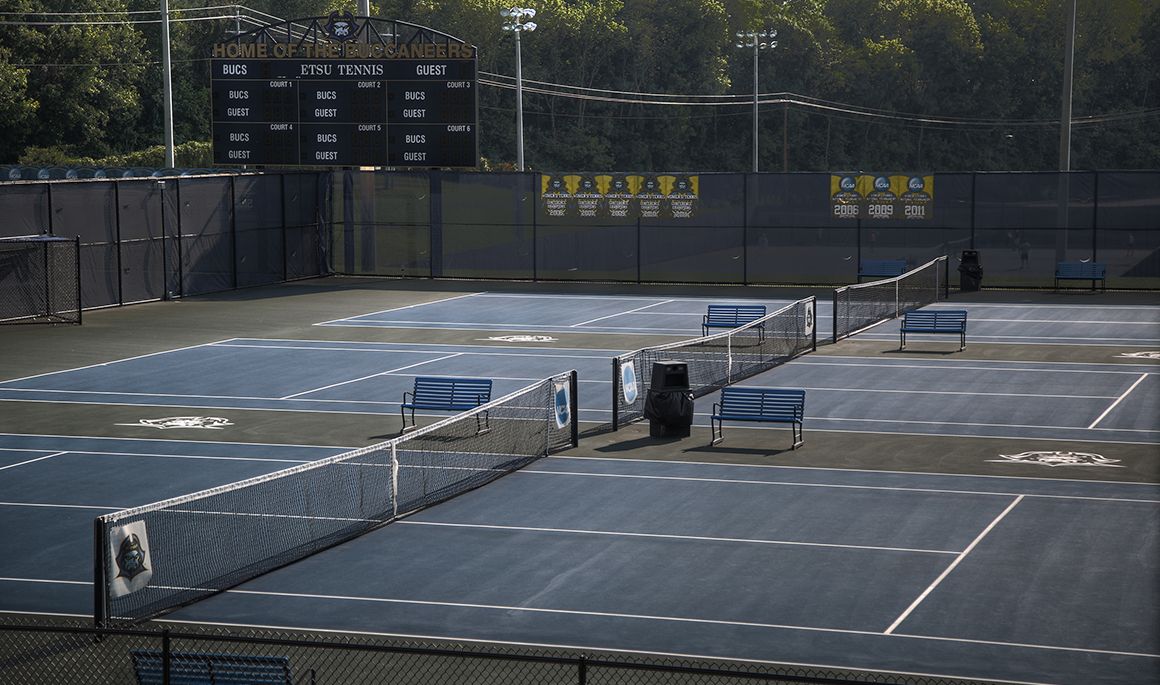 TEMPE, Ariz. (Feb. 8, 2017) – Five weeks into the ETSU men’s and women’s tennis seasons, the Intercollegiate Tennis Association (ITA) updated its national rankings, and the Bucs landed four individuals on the national rankings including a pair in the doubles ranks.

New to the updated rankings, Robert Herrera (Barcelona, Spain) leads both squads with a No. 69 ranking in singles tennis. The Spain native started his season hot going 3-1 in singles play including going 1-1 against nationally ranked players. His big victory came at the beginning of the season where he upset No. 21 singles player Christian Seraphim of Wake Forest in three sets.

Joining Herrera, David Biosca (Sant Fruitos de Bage, Spain) moved into the No. 88 slot in singles play. The senior has played stiff competition early this season including the No. 1 tennis player in the country, Petros Chrysochos of Wake Forest. Playing out of the No. 1 slot for the Bucs, Biosca has pushed two nationally ranked players (No. 28 Logan Smith of USC and No. 63 Mazen Osama) to their limits, but both matches went unfinished.

Herrera’s double teammate, Diego Nunez (Monterrey, Mexico), stayed in the top-100 in men’s singles as he moved to No. 96 in the country. The Mexico native has played out of the No. 2 slot for the Bucs this year and was a key factor in ETSU defeating Virginia Tech and avenging an NCAA Tournament loss two years ago in Blacksburg.

To wrap-up the singles rankings, ETSU women’s tennis player Ioanna Markesini (Athens, Greece) came in ranked No. 105 for the Blue and Gold. Playing solely out of the No. 1 position, Markesini has posted a 3-1 record with her only fault coming at the beginning of the season. She is currently on a six-match win streak in singles and doubles play with all singles matches being won in straight sets.

For the first time in the duo’s career, Herrera and Nunez found themselves crack the top-60 in doubles tennis at No. 59. The tandem have played solely out of the first position for the Bucs. The duo have seen top players this season as they have competed with No. 1 doubles pair, Skander Mansouri and Seraphim of Wake Forest, and No. 32 doubles pair, Mazen Osama and Spencer Richey of Alabama. Herrera and Nunez were defeated by the Demon Deacons doubles, but the Bucs pulled off a 7-5 upset in Tuscaloosa, Ala.

The ETSU women’s team will play next as it travels to NC State on Feb. 12 at 6 p.m. The men’s team will host its first home match of the season against UAB at the Dave Mullins Tennis Complex on Feb. 17.