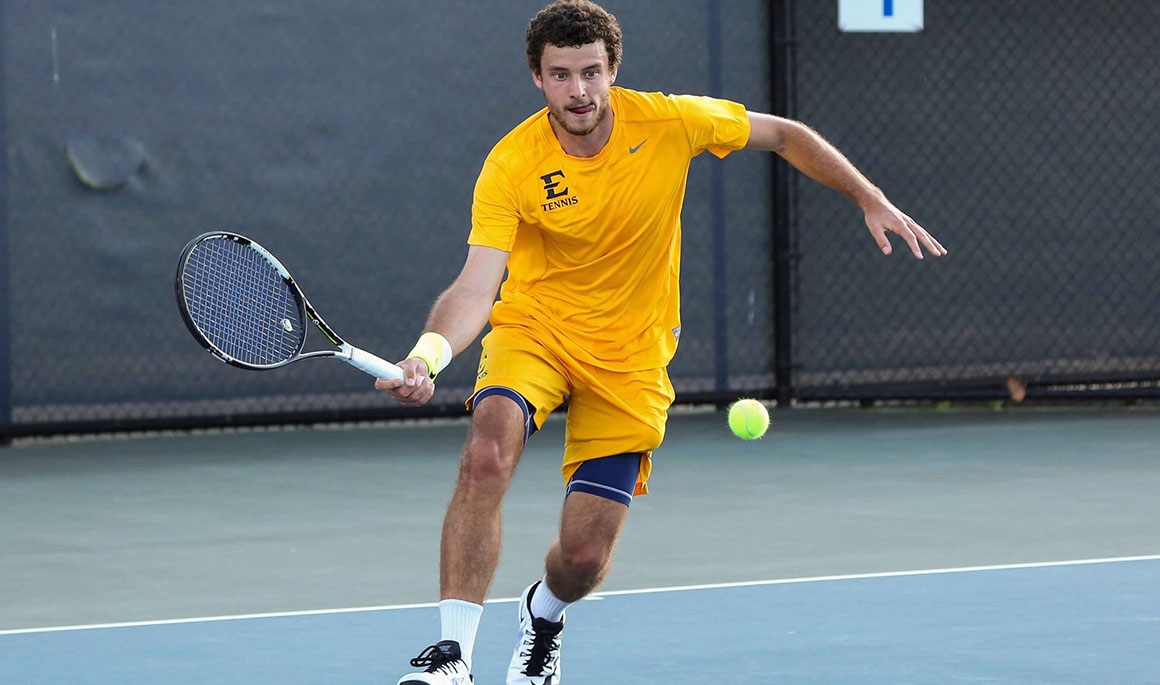 JOHNSON CITY, Tenn. (March 3, 2017) – After moving the match to the Bristol Racquet Club due to strong winds, the ETSU men’s tennis team fell 4-2 in a tough matchup against North Florida, but senior David Biosca (Sant Fruitos de Bage, Spain) upset the No. 64 player in the nation on Saturday.

The Ospreys worked quickly as they swept the first two doubles matches 6-3. No. 59 Diego Nunez (Monterrey, Mexico) and Robert Herrera (Barcelona, Spain) were ahead 4-3 in their doubles game, but the match went unfinished.

ETSU will begin its season-long road trip on March 6 as the Bucs will travel to Miami. The road trip consists of seven road contests with three games being played in the state of Florida and four Southern Conference matches.