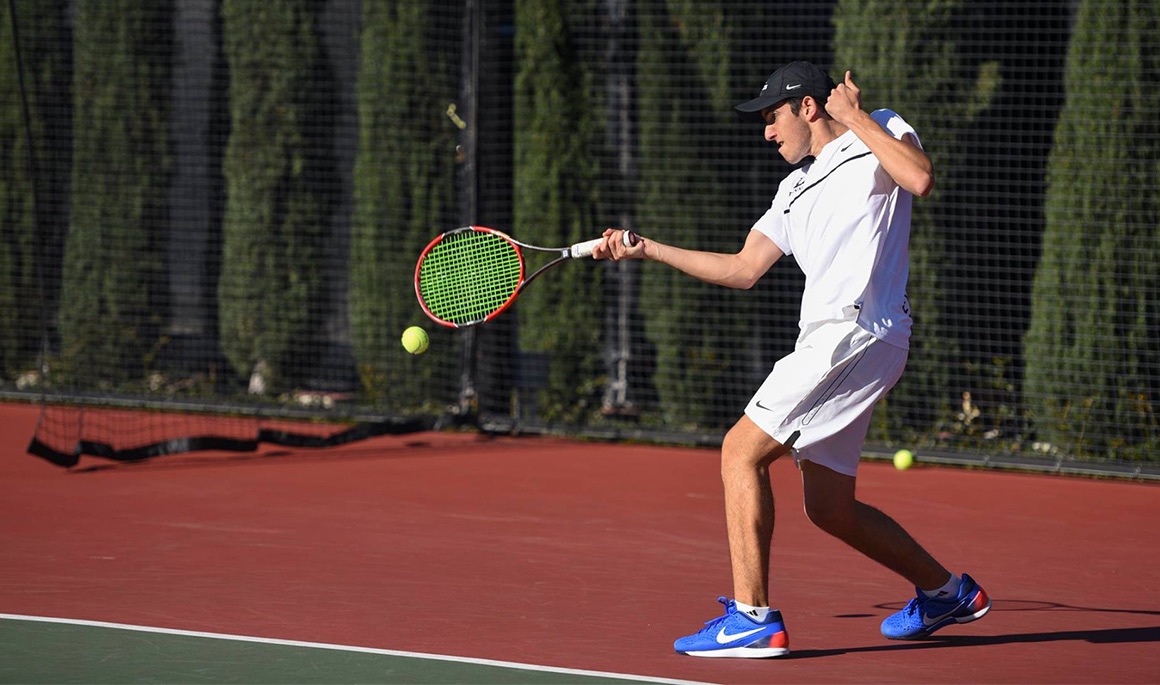 After losing the doubles point against Miami two days ago, the Bucs rebounded against the Owls as ETSU nearly swept the doubles matches on Wednesday.

David Biosca (Sant Fruitos de Bage, Spain) and Juan Lugo (Venezuela) earned their first win playing together as the duo defeated Felipe Frias and Arthur Stefani 6-3. FAU evened up the doubles series 1-1 as the Owls took the No. 3 doubles, but No. 1 singles for ETSU, Robert Herrera (Barcelona, Spain) and Diego Nunez (Monterrey, Mexico), gave the Bucs the doubles point as the pair pulled out a 7-5 victory for their fifth win of the year.

Biosca continued his hot streak as he opened up the singles competition with a straight set 6-3, 6-3 win. The Owls cut the lead in half after a singles win, but David Gonzalez (Barcelona, Spain) gave ETSU its third point to make the team one win away from winning the overall match. He earned his fourth win of the season in straight sets as he defeated Stefani 6-0, 7-6.

Wenceslao Albin (Salliquelo, Argentina) earned the decisive match for the Bucs as he claimed a 7-6, 6-3 win over Ignacio Jimenez for his first victory of the season.