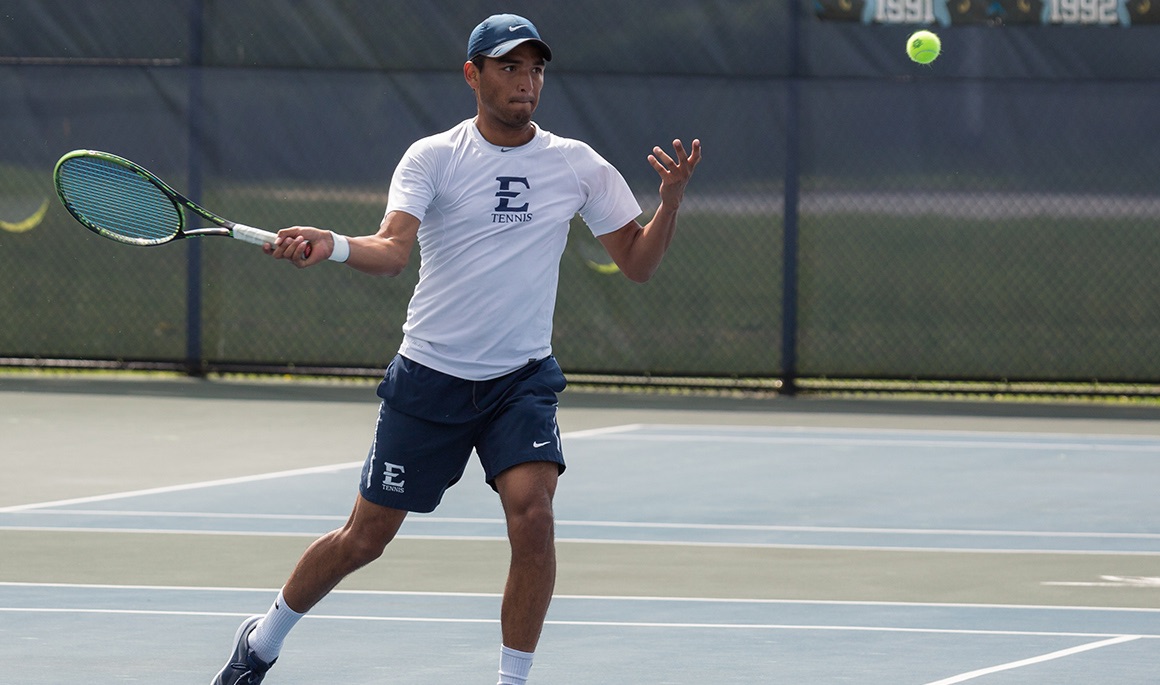 With Biosca’s and Lugo’s narrow win, they remain the only undefeated doubles team on the ETSU squad at 2-0.

With a 1-0 advantage, ETSU easily cruised to the 4-0 sweep as Herrera, Nunez and Lugo all picked up straight sets win.

Herrera ran past Landert as he only lost one match as he went on defeat the Eagle 6-0, 6-1. Herrera earned his first win after moving up to the No. 2 singles slot for ETSU. He currently leads the Blue and Gold with an 8-2 overall singles record.

Nunez followed with a 6-2, 6-2 victory as he picked up his third win in singles play this year. Lugo was the final Buccaneer to win as he swept Ruiz 6-4, 6-2 for his first singles win of the season.

In eight days, ETSU will open its Southern Conference schedule as the Bucs travel to Wofford for a dual match. First serve is scheduled for 1 p.m. in Spartanburg, S.C.