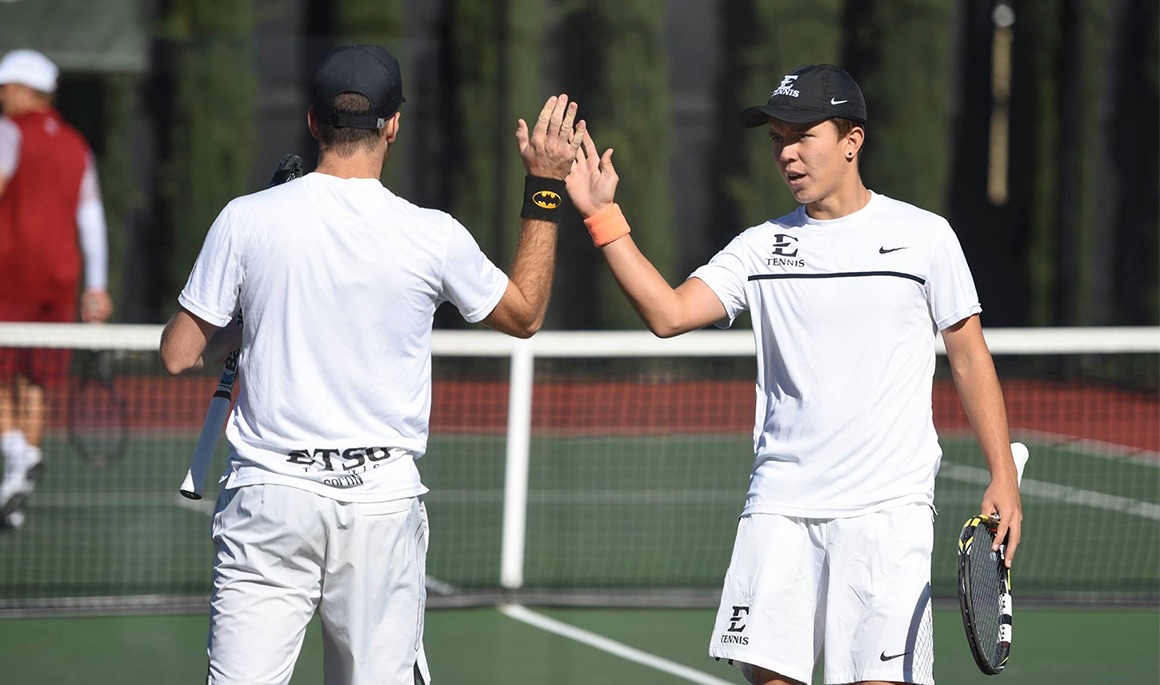 GREENSBORO, N.C. (March 19, 2017) – After the ETSU men’s tennis team dropped the doubles point to UNCG in Greensboro, N.C. on Sunday, the Bucs bounced back in singles play as the Blue and Gold won four singles matches to earn the 4-3 victory over the Spartans.

After dropping all three doubles matches, the Bucs bounced back quickly as they evened up the head-to-head match at 2-2. The Spartans put ETSU on the ropes as they won the fifth singles match, but ETSU freshman Juan Lugo (Venezuela) fought with Warren Bryan of UNCG in three sets to earn the decisive win for the Blue and Gold.

Wenceslao Albin (Salliquelo, Argentina) earned the first point of the match for ETSU as he upended Ian Melnik in straight sets 6-2, 6-4 in singles play. UNCG quickly regained its lead when Marcus Vidgren earned the win over Diego Nunez (Monterrey, Mexico).

Later in the match, ETSU’s David Gonzalez (Barcelona, Spain) dominated the second and third sets of his match to give the Bucs one win away from victory, but the Spartans showed resiliency as they tied the dual match again at 3-3 as Connor Thompson out-battled No. 69 David Biosca (Sant Fruitos de Bage, Spain) in three sets.

In the No. 4 slot, Lugo came out victorious as he out-dueled Bryan 6-7, 6-4, 7-5 to give ETSU four straight wins and its second consecutive win in the Southern Conference.

ETSU will play two more matches on the road to conclude its season-long road trip at Mercer and Tennessee-Chattanooga on March 24 and 25, respectively.