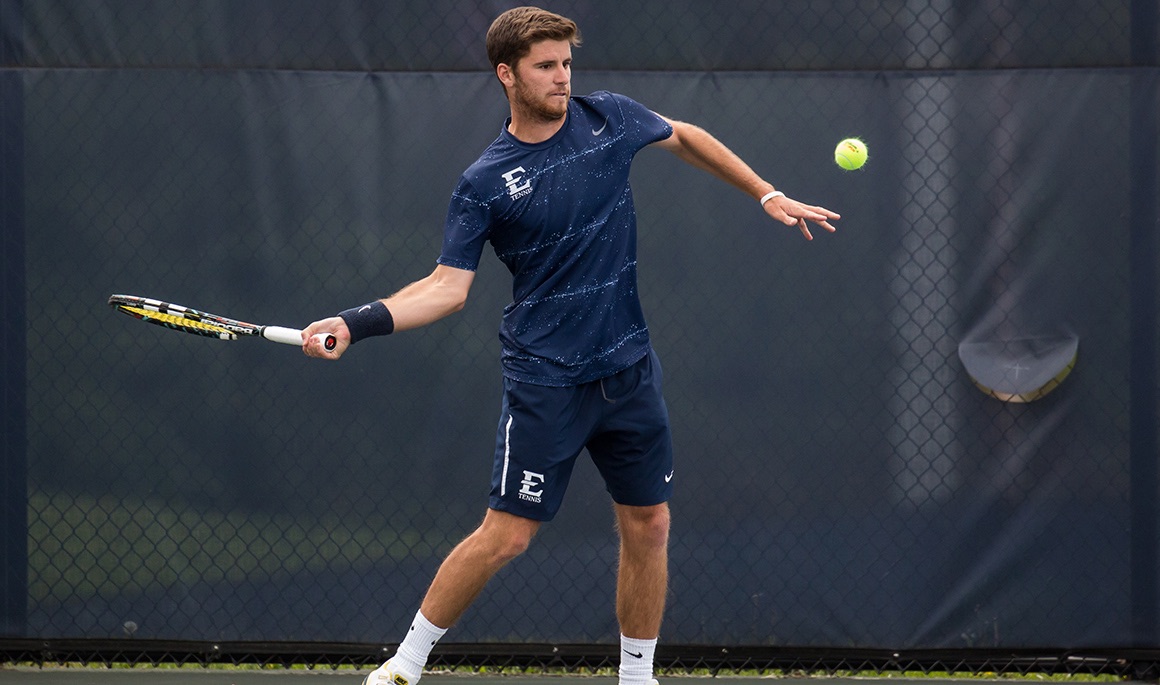 The Bucs have won five straight matches and three consecutive SoCon games after the win in Macon.

Mercer pulled out the first doubles match, but the Bucs came back with a vengeance as they took the final two matches to earn the doubles point.

Robert Herrera (Barcelona, Spain) and Diego Nunez (Monterrey, Mexico) cruised past Sam Philp and Olivier Stuart 6-4 in the No. 1 slot, and David Gonzalez (Barcelona, Spain) and Wenceslao Albin (Salliquelo, Argentina) matched their teammates as the duo upended Ruben Vanoppen and Efstathios Tsiranidis 6-4. Herrera and Nunez are now 7-5 overall to lead the Bucs in doubles tennis this year.

In the first three singles matches, the Bucs came within one point of taking the match over Mercer. Albin jumped on Efstathios Tsiranidis as he defeated the Bear in straight sets. Juan Lugo (Venezuela) – who has won four straight singles matches – fought back after the first set as he took the final two sets to claim the head-to-head match.

Mercer made the match interesting as Fernando Guardia defeated Gonzalez 6-4, 6-4 to pull the dual match to 3-2. However, the Bucs sealed the SoCon match away as No. 51 David Biosca (Sant Fruitos de Bage, Spain) and No. 107 Herrera won their respective singles matches to preserve the fifth straight win for the Blue and Gold.

ETSU makes a quick turnaround, as the Bucs will travel back to Tennessee to take on Chattanooga on Saturday, March 25 at 2 p.m.