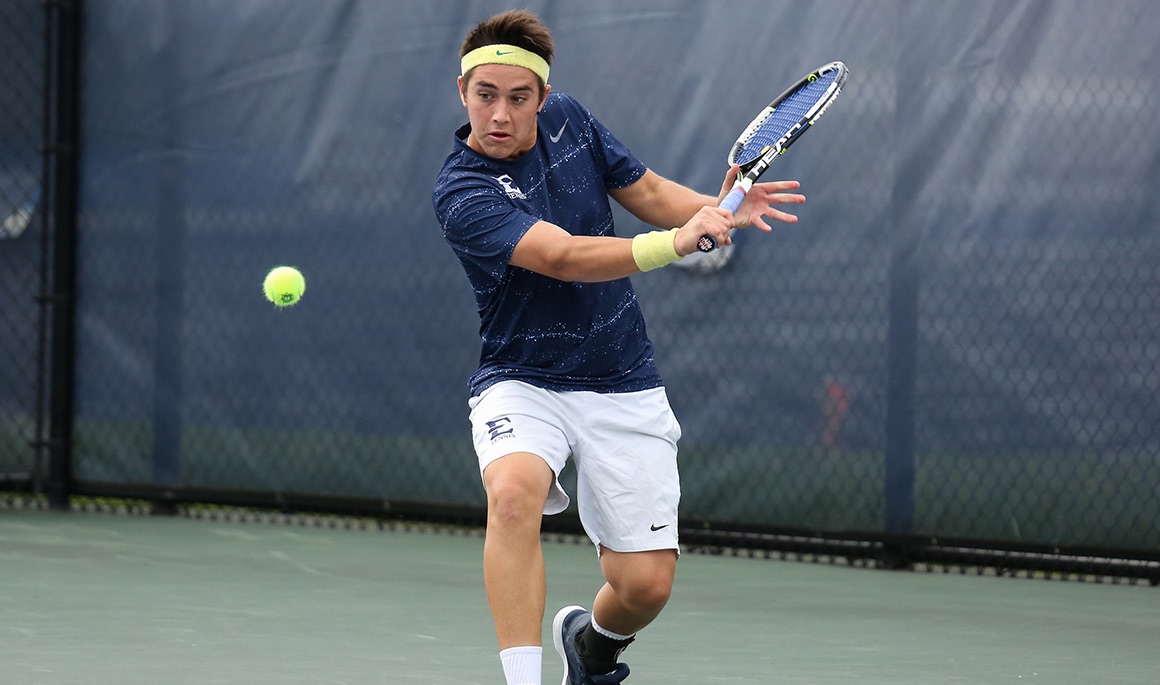 CHATTANOOGA, Tenn. (March 25, 2017) – The ETSU men’s tennis team has been cruising lately as the Bucs extended their win streak to six matches on Saturday as the Blue and Gold ran past Chattanooga 7-0 on the road.

The three Buccaneer doubles teams ran past their opposition as the three tandems outscored the Mocs 18-6.

David Biosca (Sant Fruitos de Bage, Spain) and Juan Lugo (Venezuela) won the first doubles match of the afternoon as the duo defeated Simon Bustamante and Nic Wilson 6-1. Wenceslao Albin (Salliquelo, Argentina) and David Gonzalez (Barcelona, Spain) capped off the doubles point for the Blue and Gold as they won 6-2 in the dual match. Even after claiming the doubles point, Robert Herrera (Barcelona, Spain) and Diego Nunez (Monterrey, Mexico) posted a 6-3 victory out of the No. 1 position for ETSU.

In the last 20 singles games for Biosca and Herrera, they have a combined 17-2 record (one match went unfinished).

After claiming two SoCon wins this weekend, the Bucs will take a week off as they prepare to open their longest home stretch of the season. ETSU opens that stretch with SoCon rival Samford on April 1 at 3 p.m.