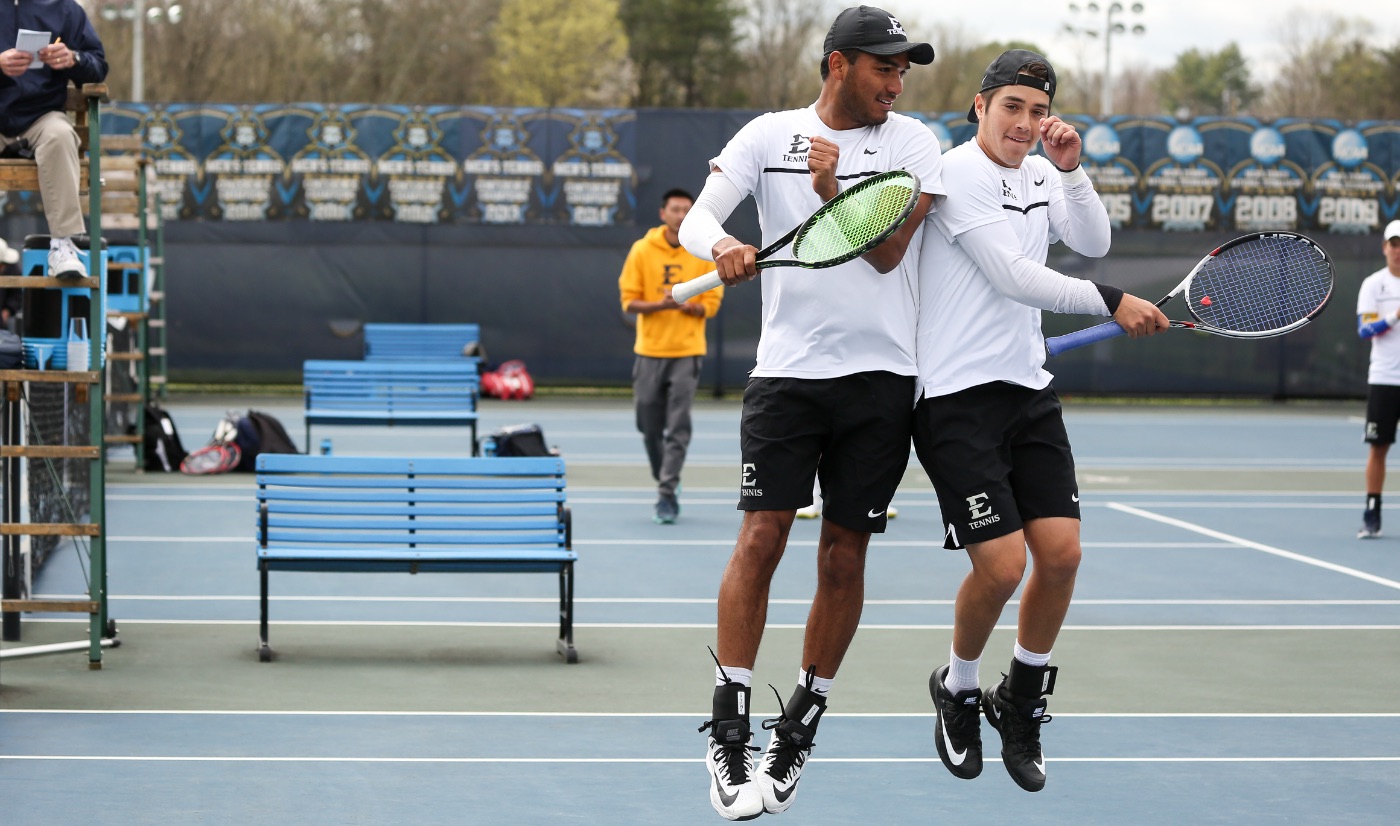 JOHNSON CITY, Tenn. (April 1, 2017) – The ETSU men’s tennis team celebrated a 5-2 win over Samford on Saturday at the Dave Mullins Tennis Complex as the Bucs extended their win streak to seven straight wins.

The Bucs cruised through doubles competition as they swept all three positions. All three double teams won their respective matches either 6-1 or 6-2.

ETSU didn’t stop there as the team won the first three singles matches to claim the match early 4-0. No. 51 David Biosca (Sant Fruitos de Bage, Spain) defeated Justin Ghavami in straight sets to claim his third straight win and move to 8-1 in his last ten matches. No. 107 Herrera claimed the third ETSU point of the match as he won 6-1, 7-6 over Jake Faundez. Herrera has a team-leading six win streak.

Gonzalez earned the team victory for the Blue and Gold as he also won in straight sets. Nunez picked up the last ETSU win in the head-to-head match as he earned a three-set win over Eduardo L. Sanchez.

The Bucs will take a night off as they prepare for another home match on Sunday against Furman. First serve is set for 1 p.m. at the Dave Mullins Tennis Complex.