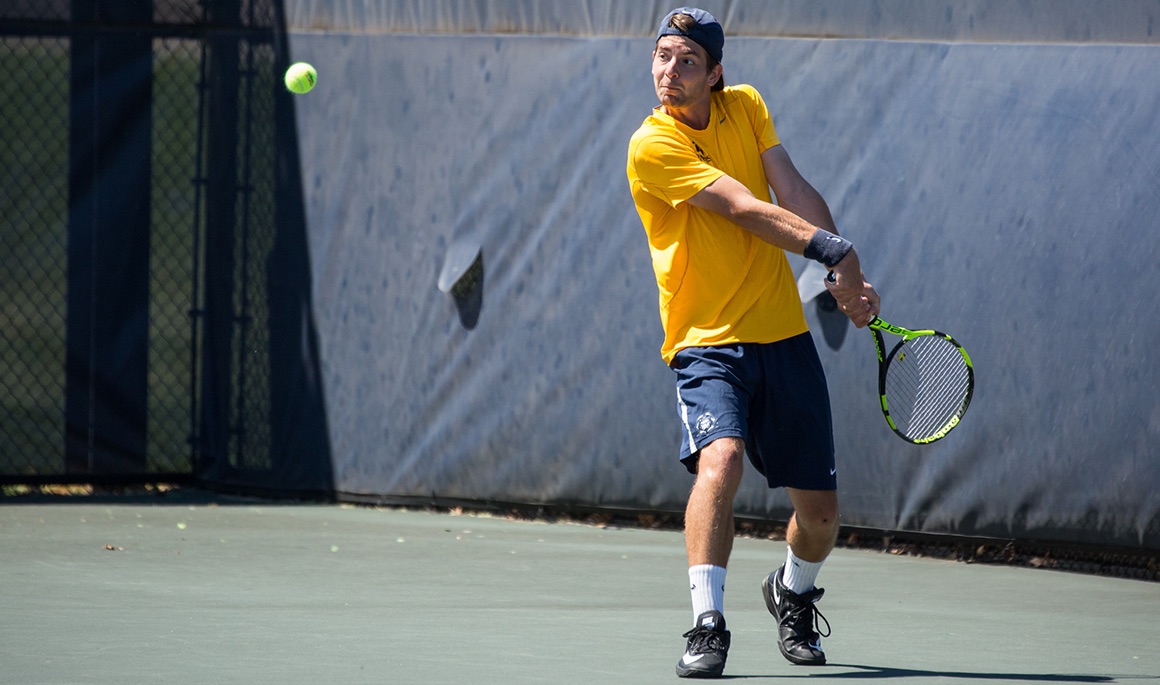 JOHNSON CITY, Tenn. (April 2, 2017) – After winning on Saturday at home, the ETSU men’s tennis team returned to Dave Mullins Tennis Complex on Sunday to defeat Furman 5-2 to complete the weekend sweep and extend its win streak to eight straight.

Both the No. 2 and No. 3 doubles positions for ETSU won on Sunday as the two slots for the Blue and Gold posted an undefeated record this weekend. David Gonzalez (Barcelona, Spain) and Wenceslao Albin (Salliquelo, Argentina) were the only ETSU tandem to go undefeated this weekend in doubles as Miguel Este (Caracas, Venezuela) filled in for Juan Lugo (Venezuela) on Sunday in the No. 2 position for the Blue and Gold.

After picking up the doubles point, the Bucs clinched the dual match victory quickly as ETSU won the first three singles points courtesy of No. 51 David Biosca (Sant Fruitos de Bage, Spain), No. 107 Robert Herrera (Barcelona, Spain), and Diego Nunez (Monterrey, Mexico). The Buccaneer trio won all three of their matches in straight sets to seal the dual match win for the Bucs.

Furman claimed the fourth game and last match, and Gonzalez earned a three-set victory over Alex Steryous 7-6, 4-6, 10-6 to seal the 5-2 ETSU win.

Gonzalez joins Biosca and Herrera with each clinging to a win streak of three or more in singles play. Herrera leads the group with seven straight victories.

ETSU moves to 10-6 overall this year and improves its undefeated Southern Conference record to 6-0. The Bucs handed Furman its sixth overall loss and its first conference defeat this season.

The Bucs will continue its season-long home stretch next weekend as they host a pair of non-conference games in UCF and UNC-Wilmington on April 7 and 9, respectively.