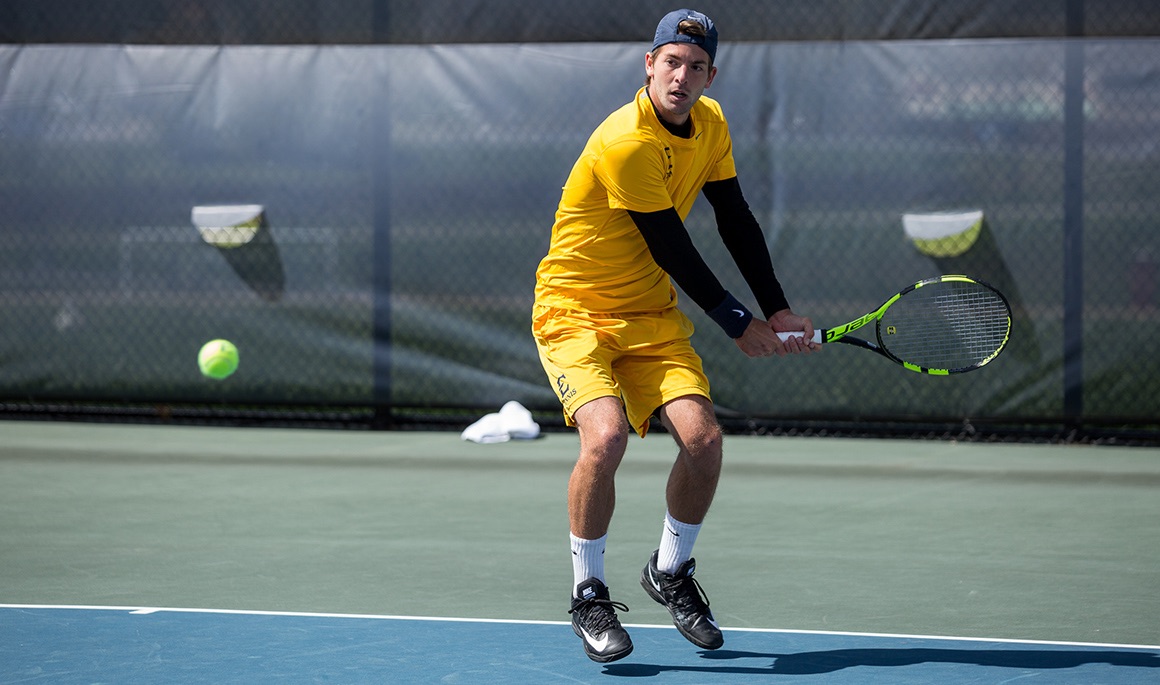 JOHNSON CITY, Tenn. (April 7, 2017) – After winning eight straight matches, the ETSU men’s tennis team saw that streak come to an end as the Bucs were nipped 4-3 against No. 31 Central Florida on Friday at the Dave Mullins Tennis Complex in Johnson City, Tenn.

The Bucs saw its season-long win streak come to an end as ETSU drops to 10-7 overall this season. In home non-conference games this year, the Blue and Gold are 1-3 with their lone win coming against UAB.

David Gonzalez (Barcelona, Spain) and Wenceslao Albin (Salliquelo, Argentina) earned the first Buccaneer win of the afternoon as they upended Chris Barrus and Enrique Paya 6-3 in the No. 3 position. Following that, David Biosca (Sant Fruitos de Bage, Spain) and Miguel Este (Caracas, Venezuela) out-dueled Korey Lovett and Kalman Boyd 7-5, which secured the doubles point for the Blue and Gold.

Gonzalez and Biosca were the two Buccaneers that won their singles matches, but their wins weren’t enough as Central Florida pulled out four victories to seal the 4-3 match. Gonzalez won his respective match in straight sets 7-5, 6-3, while No. 61 Biosca fought for a three-set win over No. 70 Korey Lovett in the No. 1 flight.

The Bucs next match will be Sunday against UNC-Wilmington as ETSU hosts the Seahawks at the Dave Mullins Tennis Complex at 1 p.m.