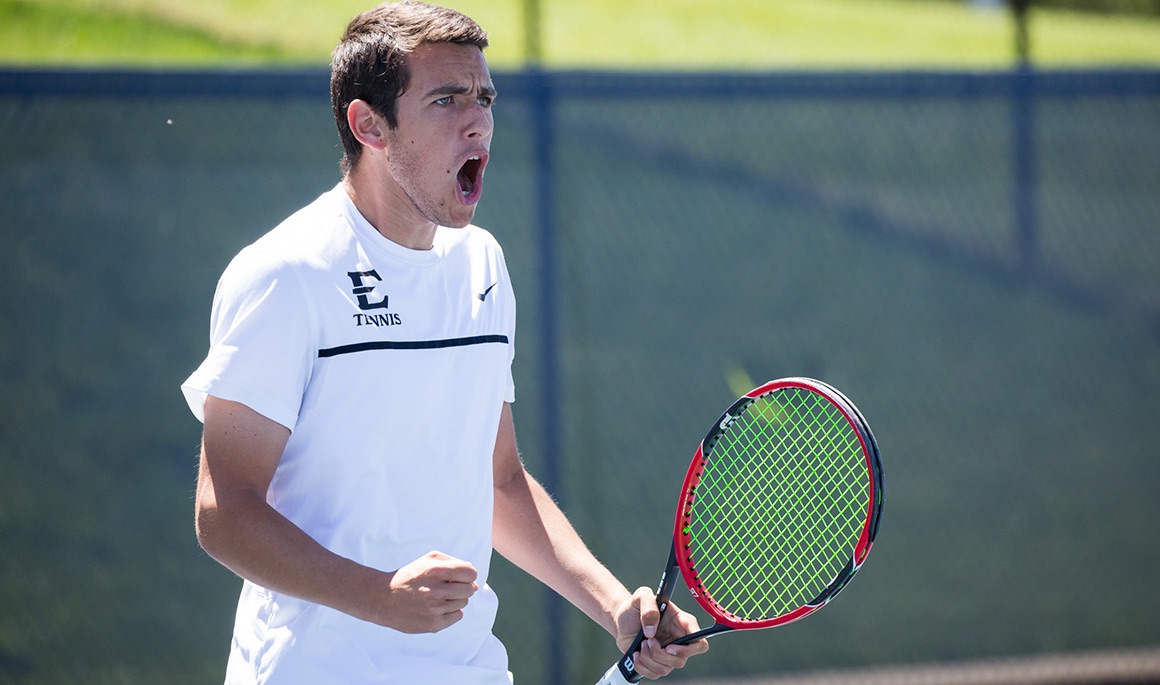 For the sixth consecutive match, the Bucs won the doubles point as the No. 1 and 2 flights for ETSU picked up the wins.

Diego Nunez (Monterrey, Mexico) and Robert Herrera (Barcelona, Spain) ran past their opposition as they defeated Michael Morphy and Ralphael Calzi 6-3 as the ETSU duo moves to 10-7 on the year. David Biosca (Sant Fruitos De Bage, Spain) and Miguel Este (Caracas, Venezuela) secured the doubles point for the Blue and Gold as they out-battled Ignasi de Rueda and Agustin Savarino 7-5 in the second slot. The Buccaneer tandem advances to 6-3 on the year playing solely out of the No. 2 slot.

ETSU quickly won the non-conference battle as the Bucs won the first three singles matches. No. 61 Biosca cruised past his opposition 6-2, 6-1 as he secured his sixth straight singles victory. David Gonzalez (Barcelona, Spain) and Wenceslao Albin (Salliquelo, Argentina) also ran past their opponents as they both won in straight sets. Gonzalez has now won five consecutive singles matches.

ETSU will play its final non-conference match of the season on the road as the Bucs will travel to Murfreesboro, Tenn. to square off against Middle Tennessee State University on April 12.