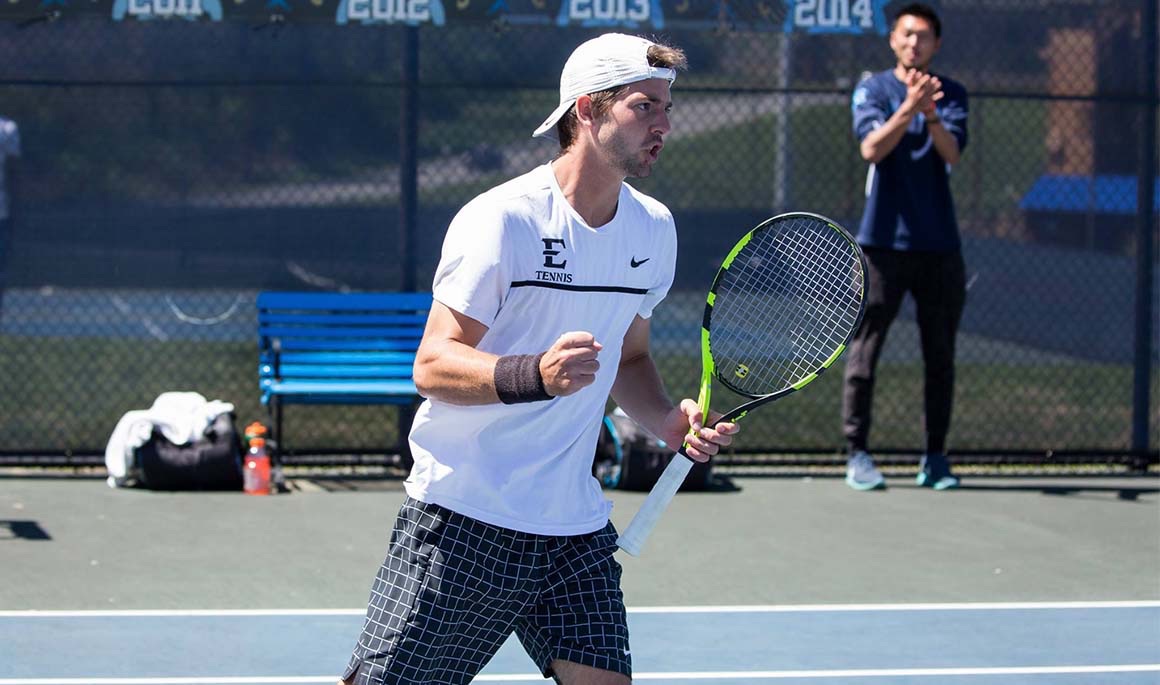 ETSU concludes the regular season at home on Friday

JOHNSON CITY, Tenn. (April 13, 2017) – The ETSU men’s tennis team will conclude its regular season on Friday with its sights set on the 2017 Southern Conference regular season championship. The Bucs will host The Citadel at the Dave Mullins Tennis Complex on April 14 with first serve set for 2 p.m.

Last season, the Bucs clinched the regular season title in the final game of the season as they swept The Citadel 7-0 in Charleston, S.C. ETSU hopes to be the out-right winner expect this time claiming it at home.

Senior David Biosca (Sant Fruitos de Bage, Spain) is fresh off winning his 100th career victory between doubles and singles competition as he swept both his singles and doubles matches at MTSU on Wednesday. In the most recent Intercollegiate Tennis Association rankings, Biosca came in ranked No. 52, which leads the entire SoCon.

The Bulldogs enter the weekend finale with an 11-28 overall record. They are 1-4 in SoCon games including going 4-11 in road contests this season. The Citadel ended its nine-game losing skid with a 9-0 home win over USC-Sumter on Wednesday.

The Citadel can secure a fourth seed - at best - but could drop to a seventh seed. The Bulldogs have two conference matches remaining as they travel to Johnson City on Friday and Samford on Saturday.