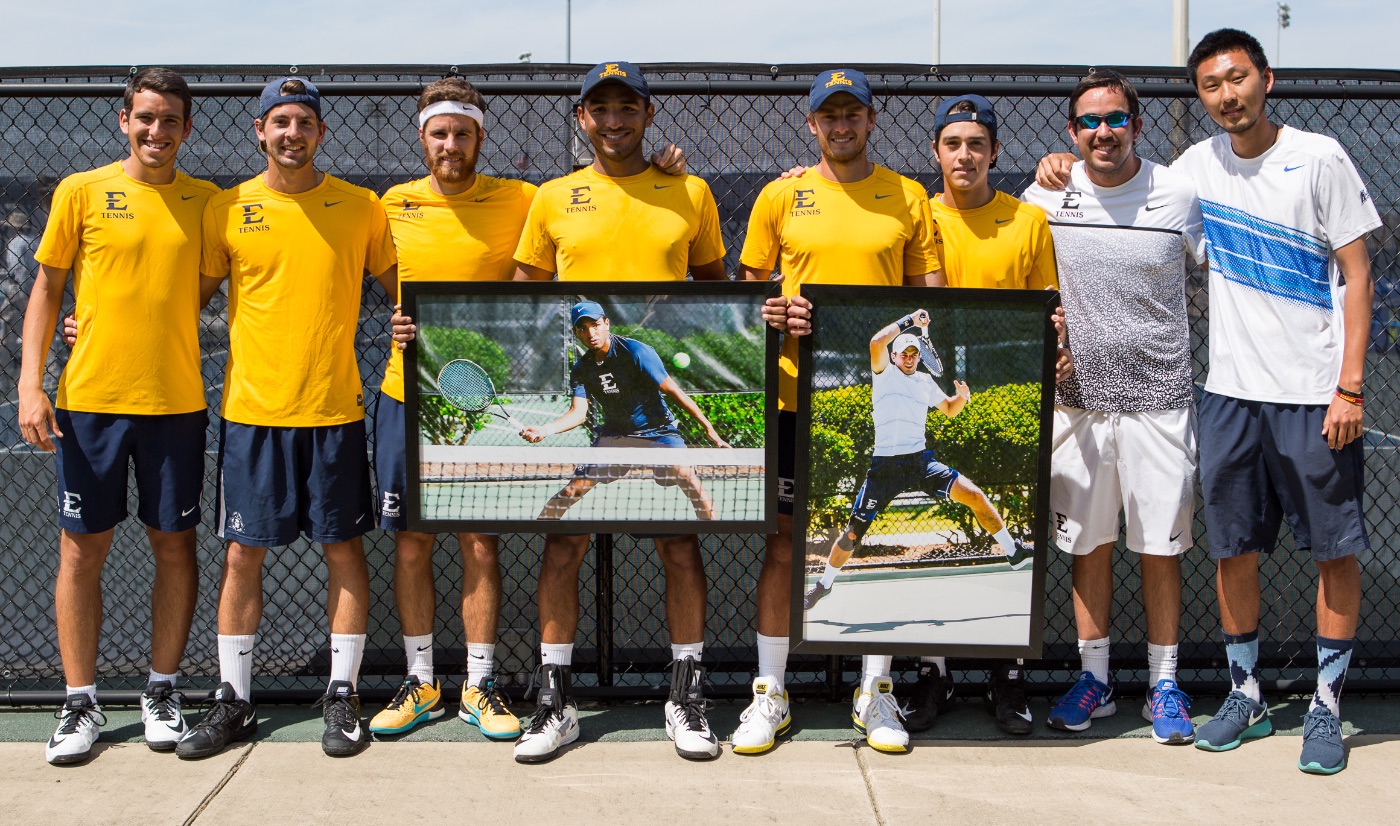 JOHNSON CITY, Tenn. (April 14, 2017) – For the 17th time in program history, the ETSU men’s tennis team claimed the regular season title on Friday with a 7-0 sweep of The Citadel at the Dave Mullins Tennis Complex.

“It was a good win, and we were happy to win the regular season,” said assistant coach Ricardo Rojas. “We are also very proud of our seniors David Biosca and Diego Nunez for what they have accomplished the last four years. They have been unbelievable ambassadors for our university and embody everything we want in a student-athlete. These guys leave a legacy behind, and they are also special people that don’t come around too often.”

With the win, ETSU claims the No. 1 overall seed in the Southern Conference Tournament, which is a three-day tournament starting on April 21. The tournament is being hosted on Furman’s campus, and the Bucs will pair with No. 8 Chattanooga in the first round of the tournament. The match is set for 9 a.m. at the Mickel Tennis Center in Greenville, S.C.

The Bucs punched their out-right title on Friday afternoon as they swept the Bulldogs 7-0 at home.

In doubles play, two Buccaneer tandems won 6-0. The No. 1 flight for the Blue and Gold – Diego Nunez (Monterrey, Mexico) and Robert Herrera (Barcelona, Spain) – had to out-battle Matthew Henson and Roy Hobson 6-4 to earn their team-leading 12th win of the year.

After claiming the doubles point, ETSU ran through singles competition as all six Buccaneers won their respective matches in straight sets. Herrera only dropped one match in the second set as he won 6-0, 6-1 against Jacobus von Zyl.