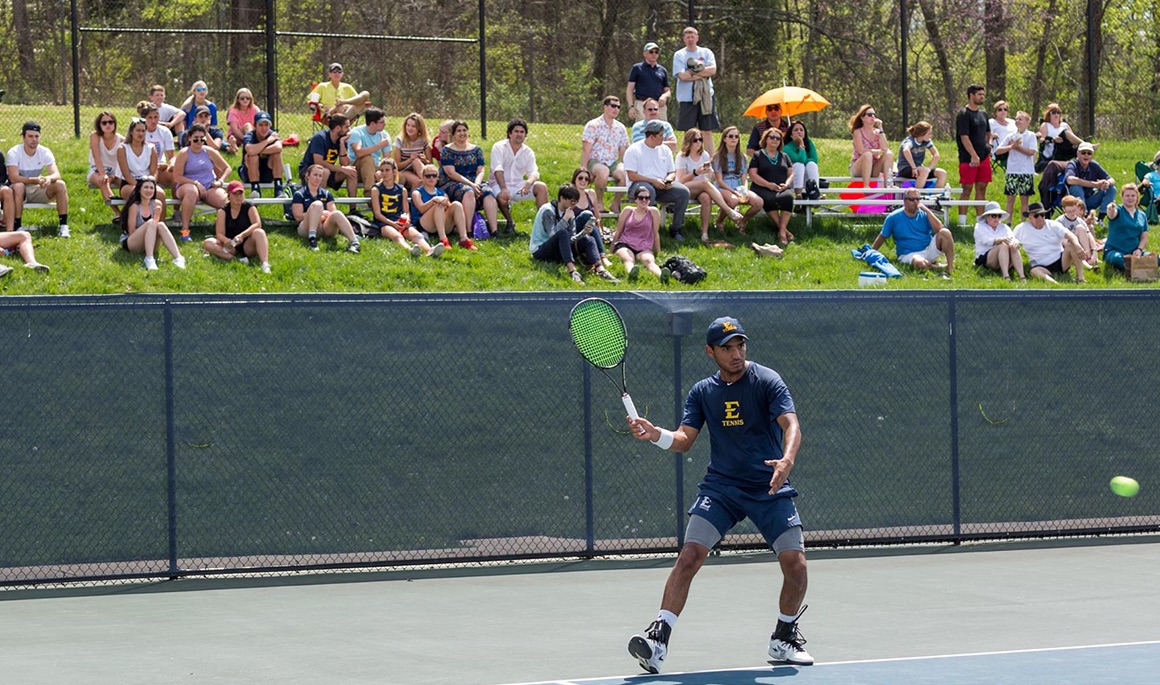 JOHNSON CITY, Tenn. (April 20, 2017) – After claiming the No. 1 overall seed in the Southern Conference Tournament, the ETSU men’s tennis team will open the quarterfinal round on Friday, April 21 in Greenville, S.C. against No. 8 Chattanooga at 9 a.m.

Herrera and David Gonzalez (Barcelona, Spain) each recorded Second Team honors for singles play, and Wenceslao Albin (Salliquelo, Argentina) and Gonzalez were named to the Second Team for doubles in the No. 3 position.

Aside from postseason awards, Biosca, Herrera and Gonzalez dominated singles play to conclude the season as each went 9-1 or 8-1 to finish the regular season. Biosca has won eight straight singles matches and is 9-1 in his last ten singles matches. Gonzalez finished the year going 9-1 and winning seven straight.

Previewing The Mocs
Chattanooga finished its regular season with a 5-16 overall record and a 0-7 SoCon record. The Mocs nearly stole a victory from Samford to conclude their regular season as they fell 4-3 in Homewood, Ala.

In conference singles matches, the Mocs are a combined 8-32. Derrick Brown and Simon Bustamante each lead the team with a pair of wins in the SoCon. Bustamante has the best overall record as he is 9-6 in dual matches this year and has posted an impressive 7-2 singles record in the No. 4 flight.

For doubles play, the Mocs have used 23 different combinations of tandem play. Bustamante and Niklas Gerdes have the only undefeated record with at least two matches played, as they are 5-0 this year with all five victories coming in SoCon play.

The three-day tournament is being held in Greenville, S.C. on the campus of Furman University. The semifinal rounds will begin Saturday, April 22 at 2 p.m., and the championship match will be played Sunday, April 23 at 1 p.m.

If the Bucs were to win in the quarterfinals, they will play the winner of No. 4 UNCG/No. 5 Wofford at 2 p.m. at the Mickel Tennis Center.

Live stats for the entire SoCon Tournament can be found by clicking here.