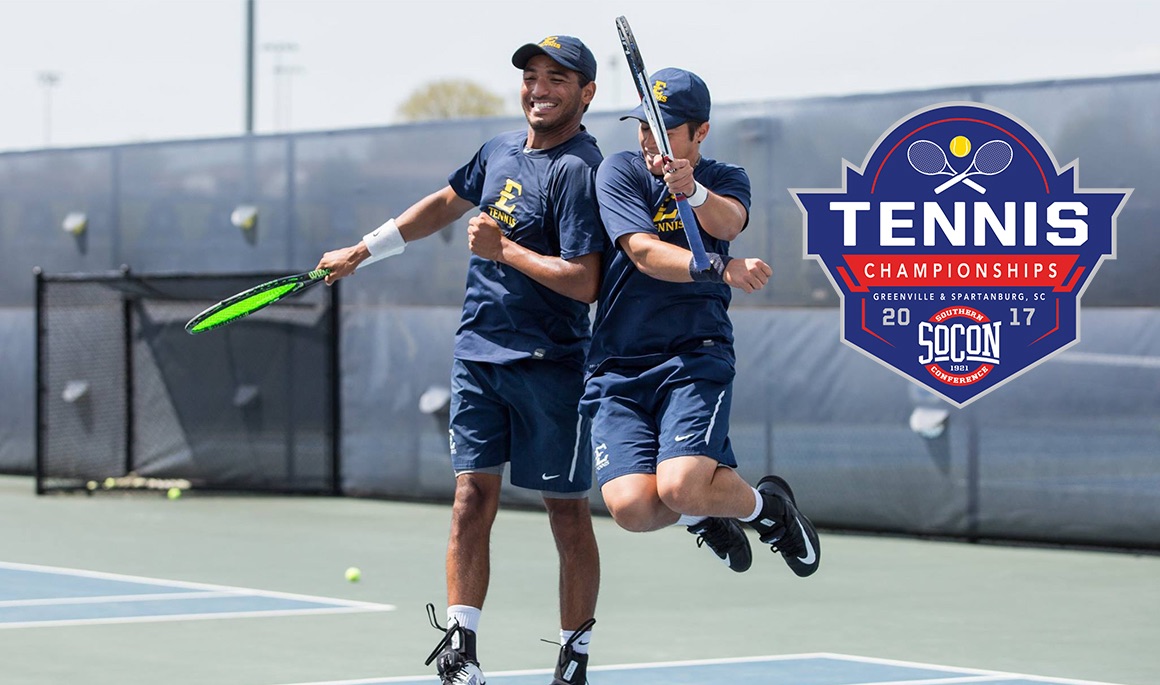 Bucs to play No. 4 UNCG on Saturday

GREENVILLE, S.C. (April 21, 2017) – The ETSU men’s tennis team continued its unbeaten streak in the Southern Conference as the Bucs raced past No. 8 Chattanooga 4-0 in the SoCon Tournament quarterfinals on Friday morning in Greenville, S.C. at the Mickel Tennis Center.

With the victory, ETSU will play No. 4 UNCG on Saturday in the SoCon semifinals at 2 p.m. in Greenville.

The Bucs move to 14-7 overall, as the Bucs are now a perfect 8-0 against Southern Conference members this year. ETSU has won 11 of its last 12 matches and extends its winning streak to four.

ETSU wasted no time as it won the first three singles matches in straight sets to claim the head-to-head match and sweep the two season matches against the Mocs.

Este won the first singles match as he upended Simon Bustamante 6-2, 6-0. Herrera ran past Niklas Gerdes 6-0, 6-2 to move to 16-3 this year in singles, and No. 56 Biosca capped off the opening round victory as he defeated Lucas Plesky 6-4, 6-0 to extend his winning streak to nine straight matches.

The Bucs and Spartans will square off on April 22 at 2 p.m. in Greenville for a spot in the SoCon Championship on Sunday, April 23 at 1 p.m.