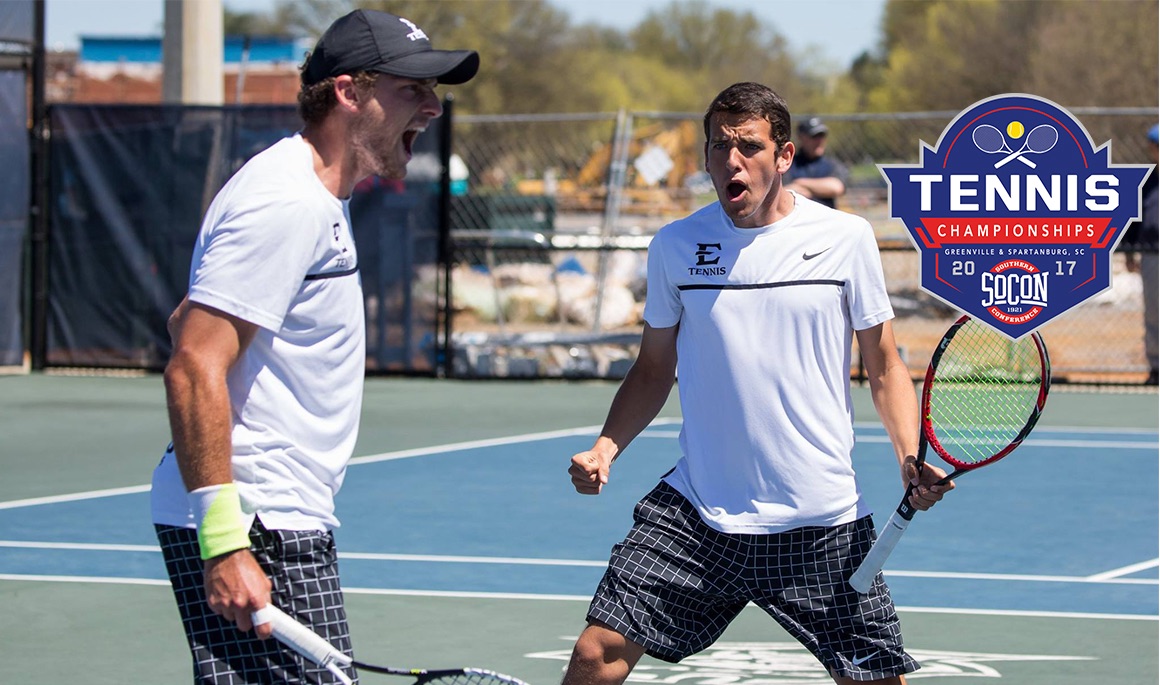 Bucs punch their ticket into the SoCon Championship
Related Links

GREENVILLE, S.C. (April 22, 2017) – For the third straight year, the ETSU men’s tennis team punched its ticket to the Southern Conference championship as the Bucs defeated UNCG in the SoCon semifinals 4-1 on Saturday in Greenville, S.C.

No. 3 Mercer upset No. 2 Furman 4-3 to claim the second spot in the championship match. First serve between the Bucs and Bears is set for 2:30 p.m. indoors at the Mickel Tennis Center. The two teams met earlier in the year as ETSU upended the Bears 5-2 in Macon, Ga.

In the semifinal match for the Blue and Gold, the Spartans jumped out to the early 1-0 team lead as they won the No. 1 and No. 3 flights in doubles. The lone Buccaneer tandem to pull out a victory was David Biosca (Sant Fruitos de Bage, Spain) and Miguel Este (Caracas, Venezuela). The duo ran past Marcus Vidgren and Jack Burkill 6-2 for their 10th win of the season and extends their win streak to seven straight.

Despite being down 1-0 early, the Bucs did not surrender as they won four singles matches to claim the head-to-head victory.

Robert Herrera (Barcelona, Spain) and Diego Nunez (Monterrey, Mexico) bounced back after dropping their doubles match as they won their respective singles match. Nunez won the first match for ETSU as he downed William Albright 6-1, 6-2 in the No. 3 flight, and Herrera raced past Vidgren in straight sets in the No. 2 position. Herrera extends his team-leading record to 17-3 overall, and Nunez claimed his fifth win out of six matches out of the No. 3 slot.

Wenceslao Albin (Salliquelo, Argentina) out-battled Jack Burkill in the No. 6 slot as he won 6-2, 7-6, and Biosca capped off the match as he out-battled Connor Thompson 7-6, 6-1 in the No. 1 slot. The senior extends his overall record to 13-5 on the year.

The SoCon championship between the Bucs and Bears is set to begin at 2 p.m. inside the Mickel Tennis Center.