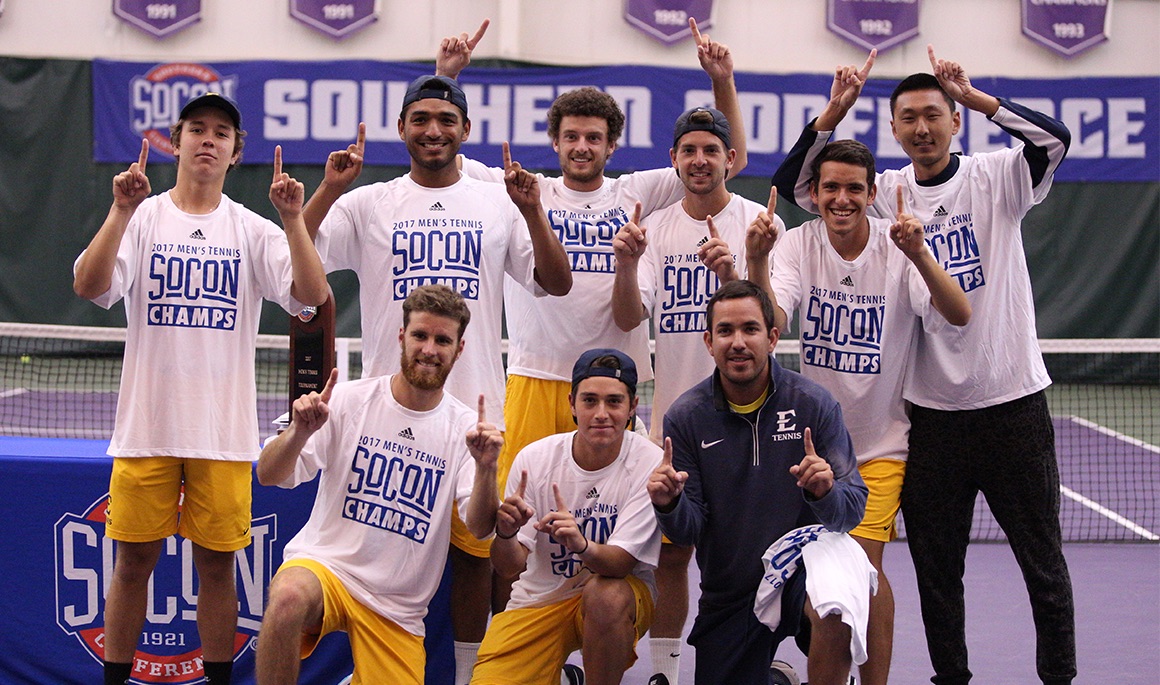 GREENVILLE, S.C. (April 23, 2017) – For the 11th straight year, the ETSU men’s tennis team claimed the conference tournament title as the Bucs snuck past Mercer 4-3 in the Southern Conference Championship on Sunday in Greenville, S.C. inside the Mickel Tennis Center at Furman University.

The victory marks the 11th straight year the Bucs will make an appearance in the NCAA Tournament. The SoCon tournament victory is ETSU’s tenth SoCon title, which is the third-most by any Southern Conference men’s tennis program.

“Today was a bittersweet day since ours girl’s team lost. However, I am happy for our guys, and the way they won today,” said the SoCon Coach of the Year Ricardo Rojas. “I am extremely proud of both teams this weekend on how they competed and what they stand for. We have a great group of kids, and I am proud of both teams.” 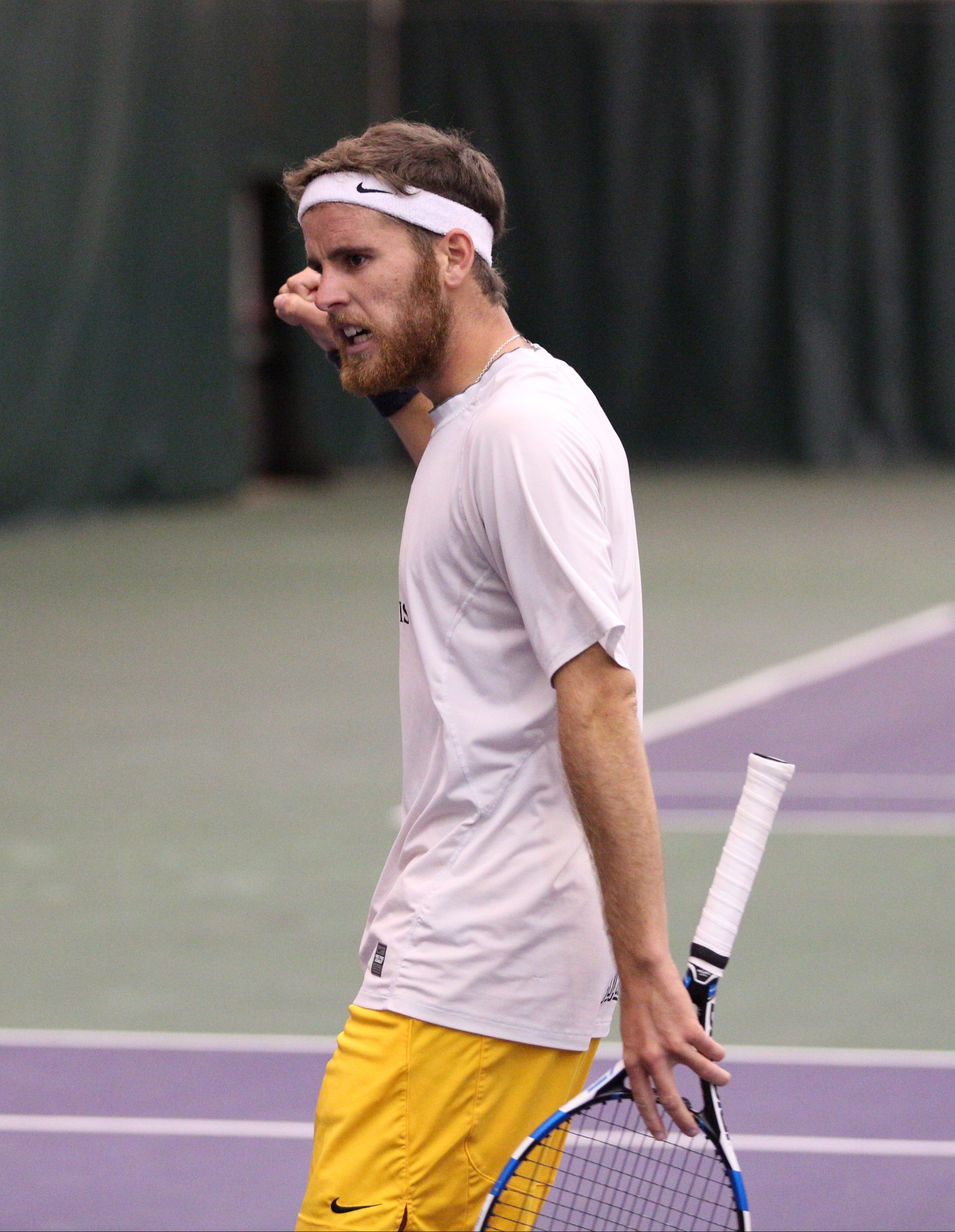 The Bucs jumped out to an early 1-0 team lead as both the No. 1 and No. 2 flights for ETSU claimed a victory in doubles tennis. David Biosca (Sant Fruitos de Bage, Spain) and Miguel Este (Caracas, Venezuela) defeated Stathis Tsiranidis and Fernando Guardia 6-2 to open the championship match. The Bears evened the doubles competition as the No. 3 position for Mercer won 6-3. However, Diego Nunez (Monterrey, Mexico) and Robert Herrera (Barcelona, Spain) sealed the team point for ETSU as the duo upended Sam Philp and Olivier Stuart 6-2 in the No. 1 flight.

The Blue and Gold jumped out to a commanding 2-0 lead as Este defeated Guardia in straight sets – 6-2, 6-3. Mercer rallied back as its No. 2 and No. 3 flights won in straight sets to even the head-to-head match at 2-2.

Biosca earned a key victory for the Bucs as he won his respective match over Nicolas Guillon 6-2, 6-4 in the first flight. Biosca put ETSU one match away from victory with two singles matches remaining.

After the first four singles matches completed, the No. 5 and No. 6 flights for both teams started to compete inside the four-court Mickel Tennis Center. Both matches went into three sets. David Gonzalez (Barcelona, Spain) tried to rally back in his respective match as he dropped the first set 6-1. He won the second set 6-2, but he was narrowly defeated 6-4 in the final set, which tied the dual match at 3-3.

Wenceslao Albin (Salliquelo, Argentina) dropped the first set 6-4 to Tsiranidis, but he fought back in the second set 7-5 to even the match. 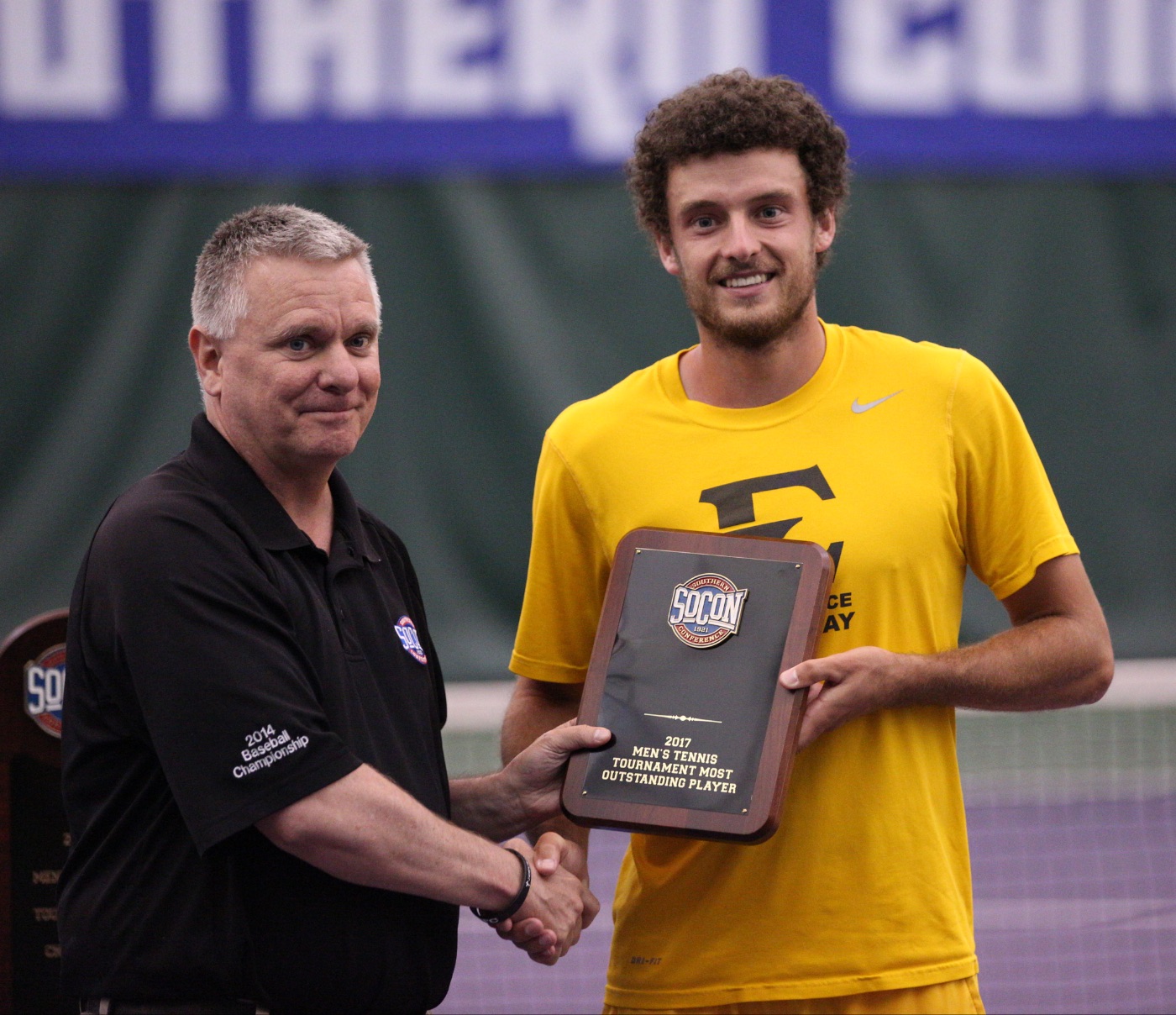 After finding his groove, Albin cruised past the Bear 6-0, which gave ETSU the 4-3 victory and its 11th straight conference title.

Following the championship, Biosca was named the tournament’s Most Outstanding Player as he went a perfect 6-0 between doubles and singles tennis in the tournament.

The NCAA men’s tennis selection show is scheduled to begin on Tuesday, May 2 at 5 p.m. The show can be viewed at NCAA.com.