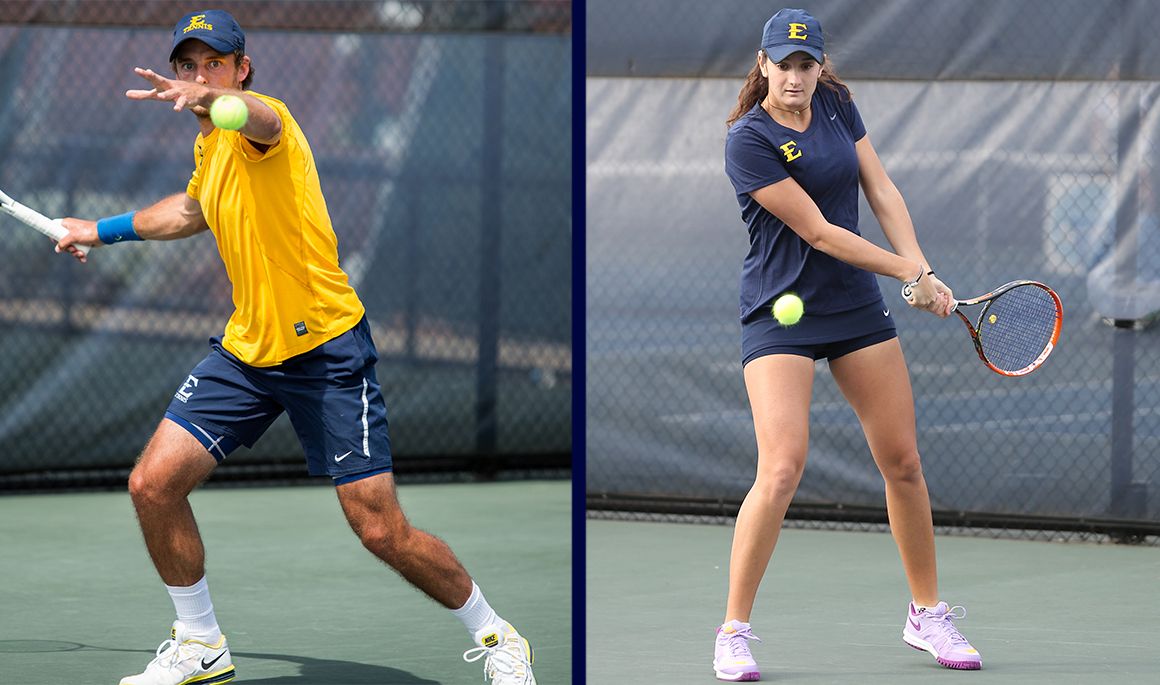 INDIANAPOLIS, Ind. (May 4, 2017) – Junior Ioanna Markesini (Athens, Greece) and senior David Biosca (Sant Fruitos de Bage, Spain) were selected by the NCAA committee to compete in the NCAA Championship as individuals. The singles competition will be conducted May 24-29 at the Dan Magill Tennis Complex in Athens, Ga. at the conclusion of the team championship.

All matches shall be the best-of-three sets. No ad-scoring and a 7-point tiebreaker at six-games-all will be used for all matches.

Markesini and Biosca were given automatic qualifications into the singles competition.

Markesini finished her spring season with a 13-5 overall record in singles including going 5-2 in Southern Conference play. She played mainly out of the No. 1 flight for ETSU, but she posted a perfect 4-0 record out of the No. 2 position in singles this year. She ended her season winning seven of her last 10 matches including taking four straight.

Biosca was named the SoCon Most Outstanding Player after his perfect 6-0 performance in the conference tournament. He posted a 17-3 overall and a 6-1 SoCon record playing solely out of the No. 1 position for the Blue and Gold. He finished the spring season winning 11 consecutive singles matches.

To view the entire field of the men’s and women’s singles NCAA Tournament, use the links to the right of the page.