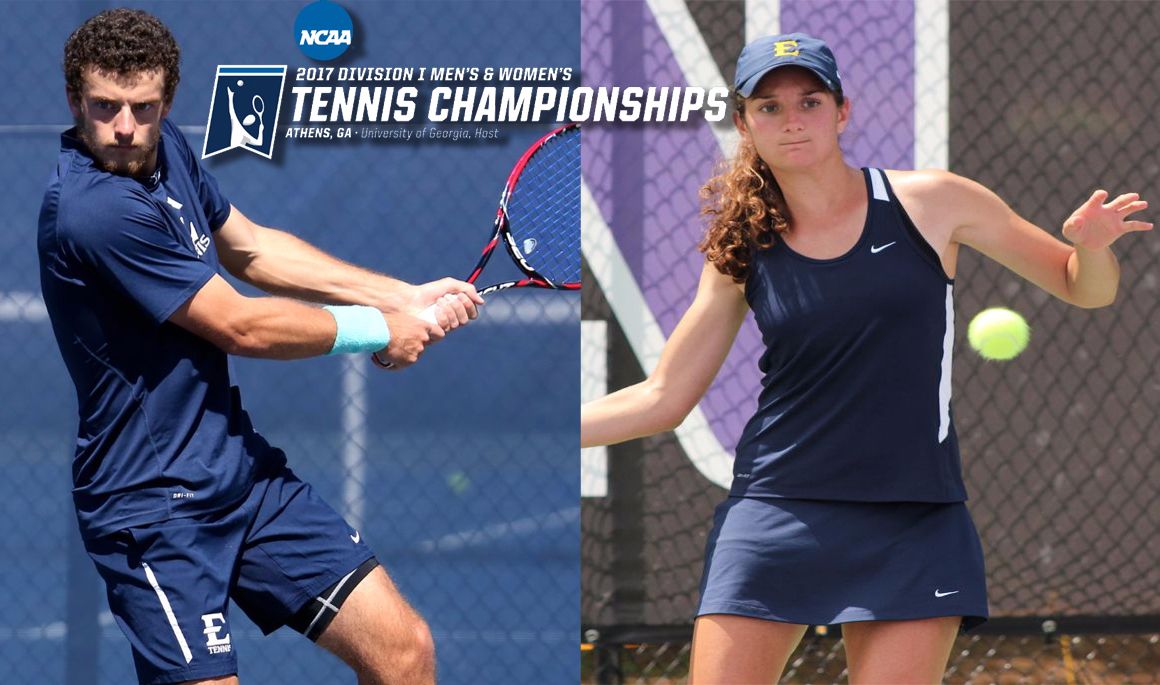 Junior Ionna Markesini becomes just the second ETSU women’s tennis player to qualify for the NCAA singles championships and will match-up with Mia Horvit of South Carolina in the first round on Wednesday at 12:00 p.m.

Horvit is a freshman from Palm City, Fla. who recorded a record of 25-11 during singles play and has won her last three matches against North Florida, Texas and Ohio State.

Markesini enters the NCAA singles competition with an overall record of 13-5, including nine victories at the No.1 spot, the most on the team. Markesini heads into the NCAA singles championships on a roll, winning four consecutive singles matches.

On the men’s side, 2017 Southern Conference Tournament Most Outstanding Player David Biosca drew the University of Virginia’s Collin Altamirano in the first round, with their match beginning at 5:00 p.m.

Altamirano earned Second Team All-ACC honors for the second year in a row after compiling a record of 19-5 in singles play, winning 12 straight matches. Altamirano is ranked No.40 in the latest Oracle/ITA Division I Collegiate Rankings.

Biosca returns the NCAA Singles Championships for the second straight year after taking the No.1 player in the nation to three sets a year ago. This season, Biosca has an overall record of 17-3 and has won 11 straight matches. Against nationally ranked competition in 2017, Biosca has a record of 3-1. Biosca is ranked No.65 in the Oracle/ITA Division I Collegiate Rankings.

Biosca and Markesini were each given automatic qualifications into singles competition. All matches shall be the best-of-three sets. No ad-scoring and a seven-point tiebreaker at six games all will be used for all matches.

For more information on the NCAA Tournament singles championships, including the bracket for both men’s and women’s, use the links to the right of the page.

For more information on Buccaneer Men’s and Women’s Tennis, visit ETSUBucs.com and click on the men’s and women’s tennis pages.