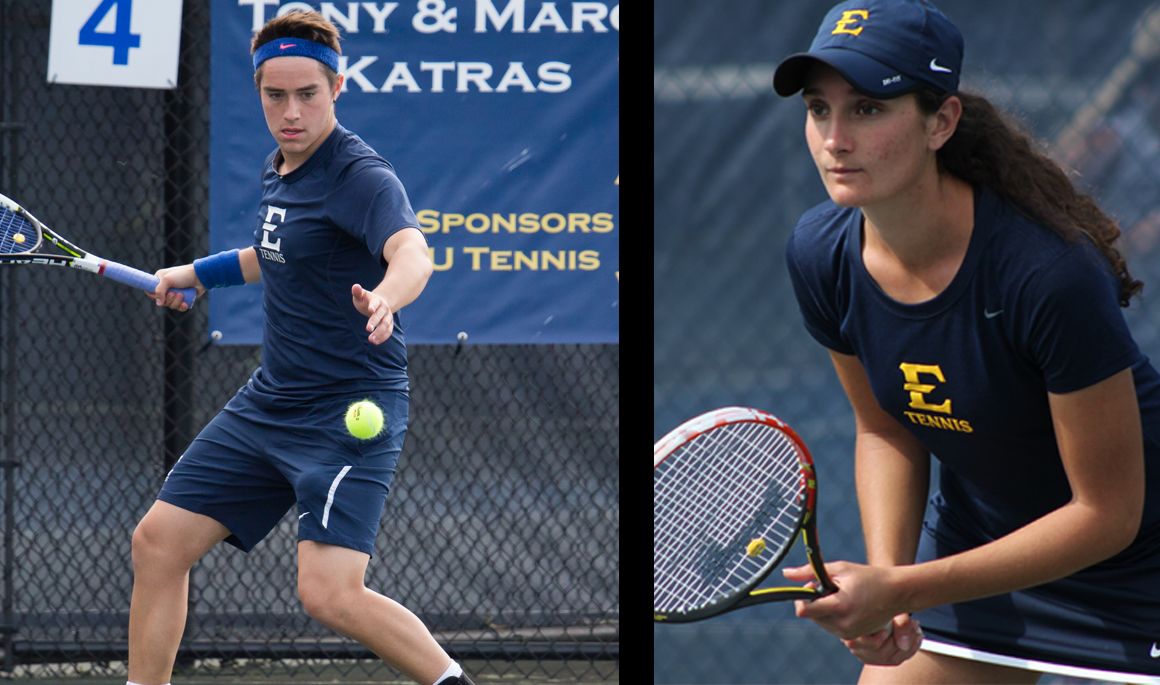 JOHNSON CITY, Tenn. (September 28, 2017) – Senior Ioanna Markesini (Athens, Greece) has been selected to compete in the Qualifying Singles at the 2017 Riviera/ITA Women’s Tennis All-American Championships from Sept. 30 to Oct. 8 at the Riviera Tennis Club in Pacific Palisades, Calif. Markesini enters the 2017-18 season ranked 88th, which is the highest ITA ranking in ETSU tennis history.

Senior Robert Herrera (Barcelona, Spain) has also been selected to compete in Qualifying Singles in the Saint Francis Health System ITA Men’s All-American Championships from Sept. 30 to Oct. 8 at the University of Tulsa in Tulsa, Okla. Herrera enters the 2017-18 season ranked 113.

Herrera and Markesini have already qualified for the beginning rounds, so the second stage is the “qualifying rounds” played Oct. 3-4. Herrera and Markesini must win three matches to advance to the final main draw. In the qualifying phase of the tournament, they take 64 singles players made up of three representatives from each ITA region, the top eight players from the pre-qualifying phase, as well as 19 at-large/wild-card selections.

The “main draw” runs Oct. 5-8 with a berth into the ITA National Indoor Intercollegiate Championships (Nov. 2-5) on the line.