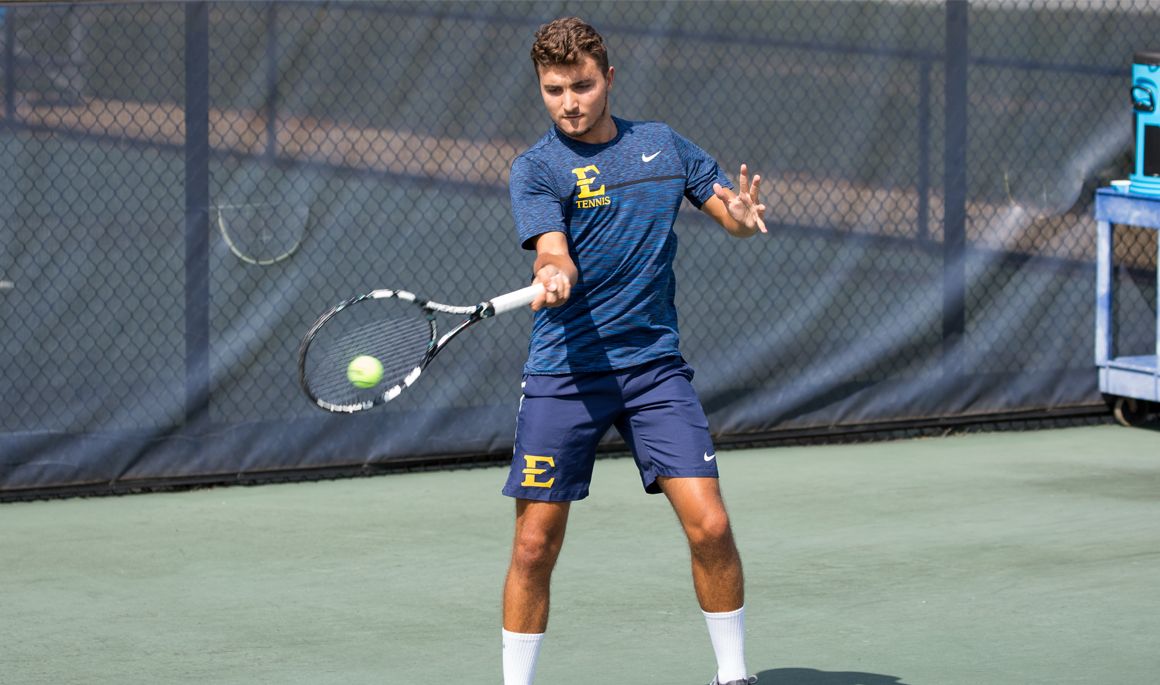 Knoxville, Tenn. (October 19, 2017) – The ETSU men’s tennis team finished day one of the ITA Ohio Valley Regional Championships in Knoxville, Tenn. The Bucs were dominant in both doubles and singles play.

It was a tremendous day for ETSU in singles draws as all seven Bucs advanced to the next round. Sergi Fontcuberta kicked things off for the Bucs battling for a 7-6 (7-2) 6-3 win over Dayton’s Steven Karl. Miguel Este (Caracas, Venezuela) moved on to the next round after Bradley Luetschwager from IUPUI retired the match. The score ended 4-6, 4-3. Frazier Rengifo earned his first win as a Buccaneer with a 6-0, 6-1 win over Addison Cazier from Butler.  Fontcuberta, Este, and Rengifo will all play on Friday at 9:30 a.m.

Robert Herrera picked up a 7-5, 7-5 win over Adrian Mag from Butler, while David Gonzalez won 6-0, 6-0 against Chattanooga’s Jacob Marshall. Herrera and Gonzalez will play on Friday at 10:30 a.m.

The second day of the regionals will resume on Friday at 8:00 a.m. beginning with doubles play.