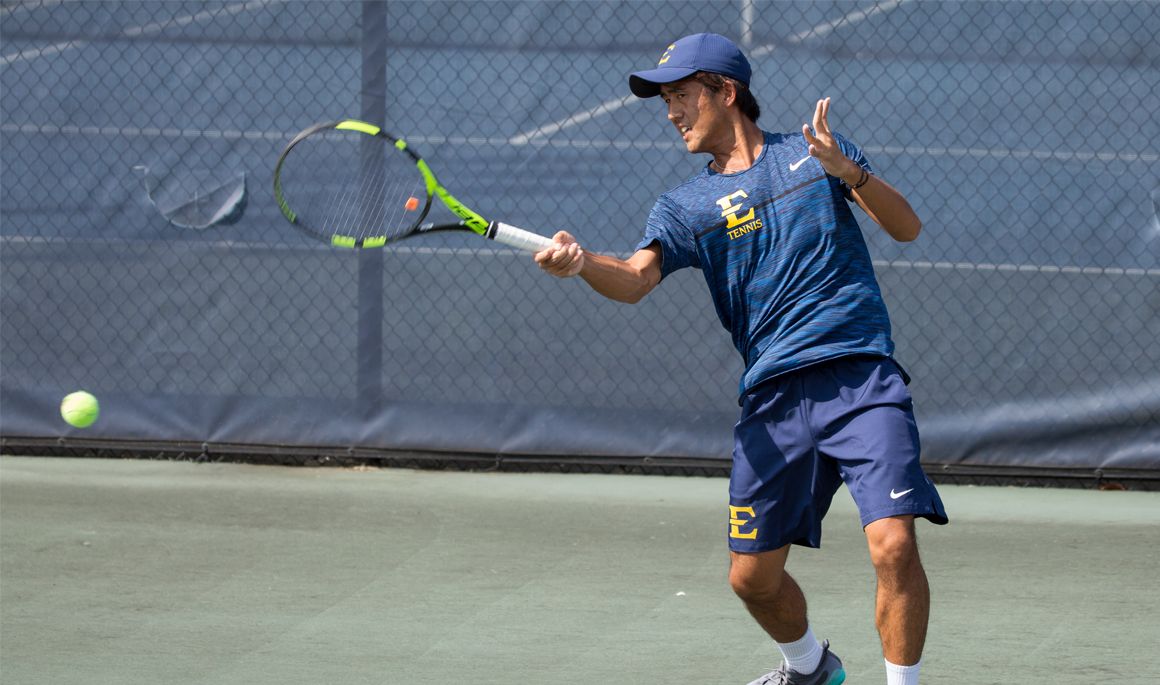 Four Bucs will compete in this Invitational

BIRMINGHAM, Ala. (Nov. 9, 2017) – The ETSU men’s tennis team will head back to Birmingham, Ala. to compete in the CCB Collegiate Invitational hosted by The Country Club of Birmingham and The University of Alabama through Nov. 10-12.

In the Crimson Singles Draw, Robert Herrera (Barcelona, Spain) will take on Southern Mississippi’s Chung Han Tsai at 10:00 a.m. Also in this draw is Juan Lugo (Maracay, Venezuela), who will take on Loic Cloes from South Alabama, also at 10:00 a.m. on Friday.

In the White Singles Draw, Frazier Rengifo will represent the Bucs when he takes on Carlos Donat from Portland. His match begins at 11:30 a.m.

Lastly, in the Houndstooth Single Draw, Tasei Miyamoto (Chiba, Japan) will play against Nathan Fruh from South Alabama at 11:30 a.m. on Friday.

ETSU has two doubles duos playing in the CCB Collegiate Invitational. Juan Lugo and Frazier Rengifo will combine to play against Ortiz/Zhou form Alabama in the Crimson Doubles Draw. Robert Herrera and Tasei Miyamoto will take on Antuna/Lau from Troy in the White Doubles Draw. Both matches will begin at 9:00 a.m. on Friday.