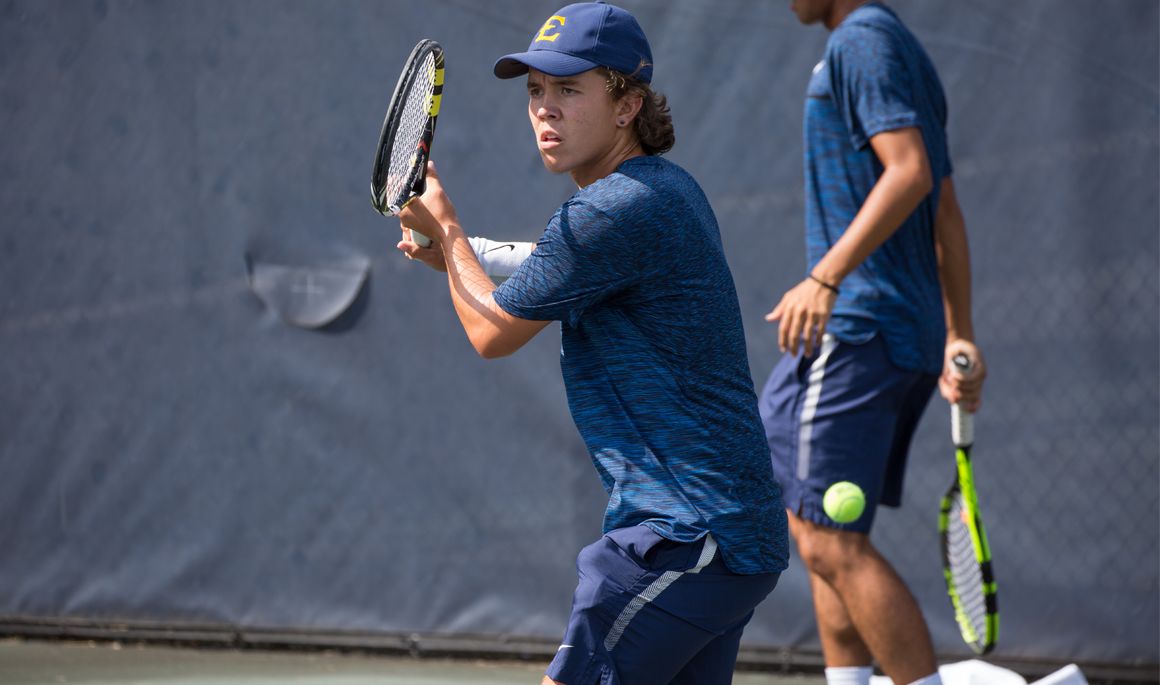 The Bucs will play two matches

JOHNSON CITY, Tenn. (March 1, 2018) – The ETSU men’s tennis team will play two matches this weekend. First, they will kick of conference action with a match against the Samford Bulldogs, followed by a non-conference matchup against Georgia State.

In the latest ITA rankings, the Bucs were ranked No. 64, as they hold a 5-4 record. ETSU is looking to build upon their three-match win streak, with their last wins coming from William & Mary, Tennessee Tech, and UNCG. The Bucs will play their next five matches on the road. Sergi Fonctuberta (Barcelona, Spain) currently has six wins in singles, while David Gonzalez (Barcelona, Spain), Frazier Rengifo (Cali, Colombia) and Robert Herrera (Barcelona, Spain) each have five. Herrera is also ranked No. 121 in the latest ITA rankings. ETSU as a team, is 27-18 in singles and 14-10 in doubles.

The Bulldogs will host the Bucs in their first conference match of the season. Samford is 4-4 and they are currently coming off of back-to-back losses. Justin Ghavami leads his team with five singles wins, while Aleksandar Petrovi has four. In the No. 1 spot, is Jake Faundez, who has a 3-3 record. As a team, the Bulldogs have a .500-win percentage in singles and a 9-12 record in doubles.

Georgia State enters Sunday’s match with a 7-6 overall record and are currently 1-0 in the Sun Belt. In the latest ITA/Oracle rankings, the Panthers were ranked No. 45. Sebastian Acuna and Kevin Huynh each have six singles wins on the season, followed by Quentin Coulaud and Giles Hussey who have five wins. As a team, the Panthers are 27-29 in singles and 11-14 in doubles.