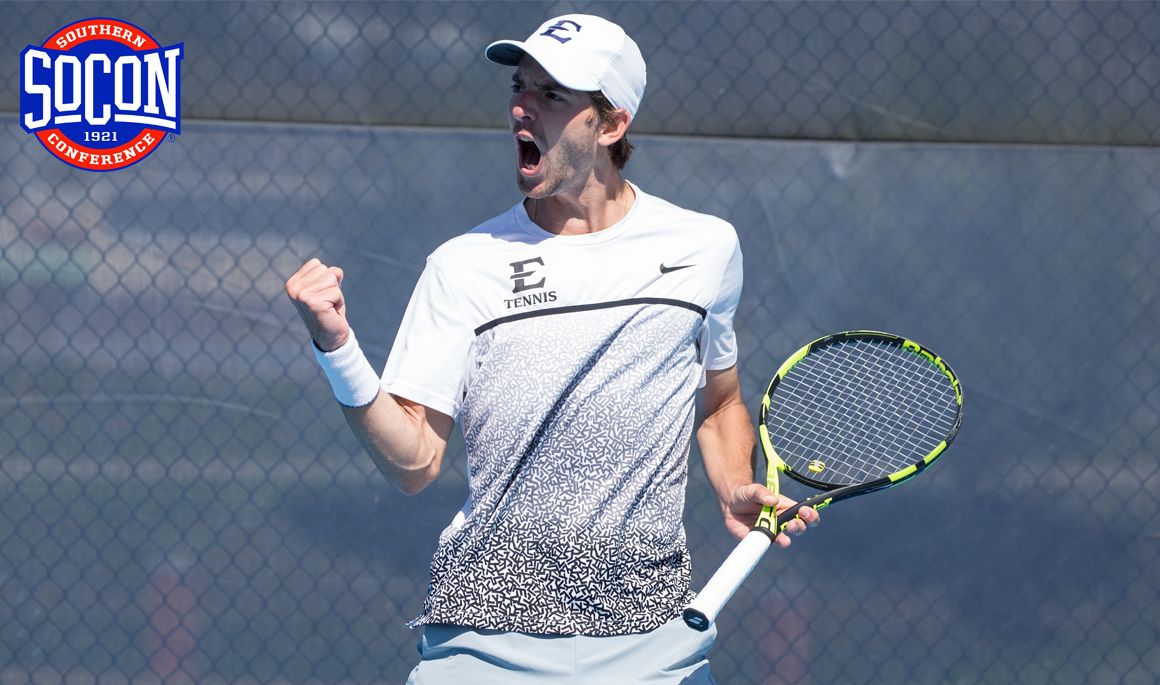 Gonzalez tabbed Student-Athlete of the Week

Gonzalez is the third ETSU athlete to earn this honor

SPARTANBURG, S.C. (April 4, 2018) – Junior David Gonzalez (Barcelona, Spain) has been named the Student-Athlete of the Week, as announced by the Southern Conference on Wednesday afternoon.

Gonzalez played a major role in ETSU’S 3-0 week with wins over Charlotte, Wofford, and Mercer. The junior from Barcelona went 3-0 in singles action without dropping a set. His win over Wofford’s Kyle Barr clinched the match for ETSU. He also won both of his doubles matches in conference play with Wofford and Mercer when pairing with Sergi Fontcuberta (Barcelona, Spain).

In the classroom, Gonzalez has a 3.82 GPA as a Pre-Business Major. He is the third student-athlete to win this honor for ETSU, joining football’s Austin Herink and women’s soccer Eleonora Goldoni.