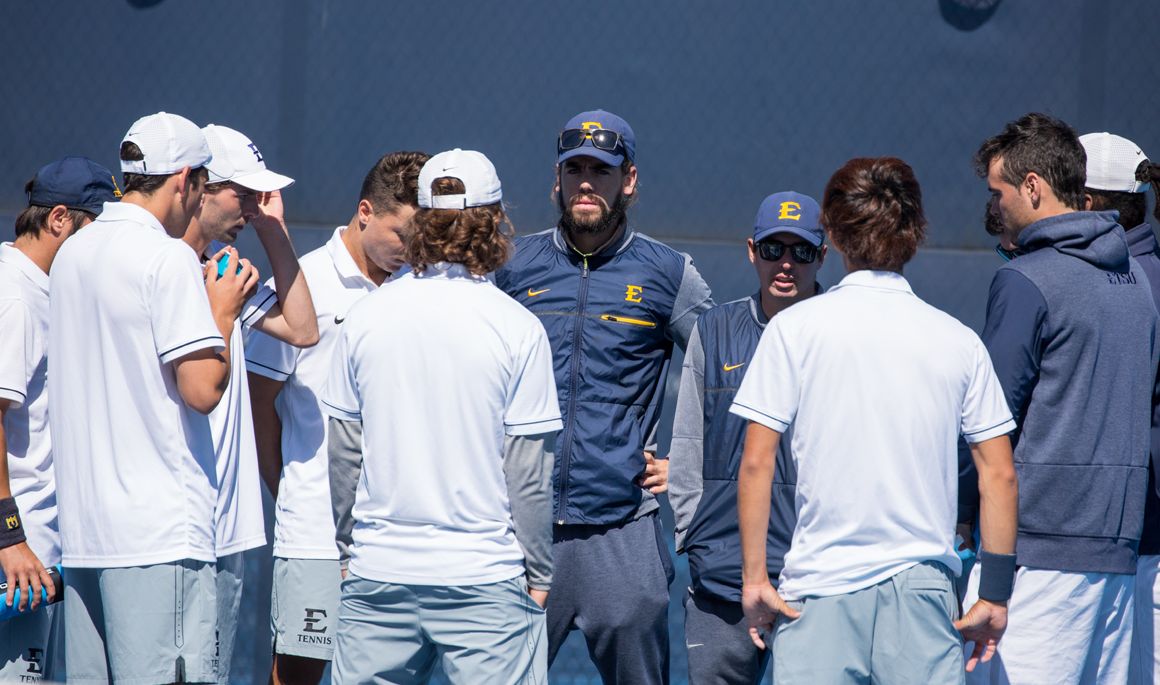 The Bucs hold an overall record of 11-6 and are first in the SoCon with an undefeated record of 5-0. ETSU has won their last three matches including big conference wins over Wofford and Mercer. This past week, Robert Herrera (Barcelona, Spain) was named the men’s tennis player of the week and David Gonzalez (Barcelona, Spain) was named the student-athlete of the week. Both had tremendous performances to help the Bucs go 3-0 in their matches. Herrera, Gonzalez, and Sergi Fontcuberta (Barcelona, Spain) each have winning records in double figures to help the Bucs to a 61-32 record in singles. As a team, the Bucs are 27-20 in doubles.

The Mocs enter Sunday’s match with an 8-12 overall record are seventh in the SoCon with a 1-3 record in conference action. Chattanooga is undefeated at home, but are 3-10 when playing on the road. The Mocs have six different plays who have winning singles records of ten wins or more, leading to a team record of 74-116 in singles. The Mocs have also used ten different doubles combinations to hold a 36-50 record in doubles.