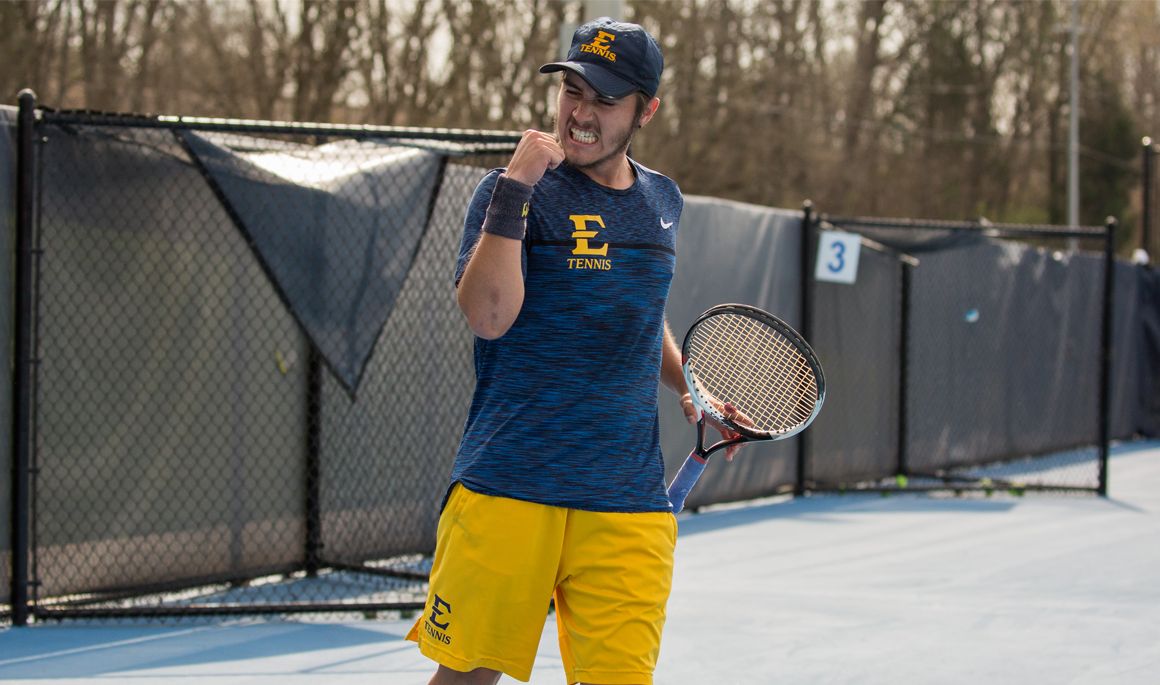 JOHNSON CITY, Tenn. (April 10, 2018) – The ETSU men’s tennis team will host MTSU on Wednesday, April 11 at 2:00 p.m. at the Dave Mullins Tennis Complex. The match will be ETSU’s final home match of the season, as the Bucs will honor their lone senior Robert Herrera (Barcelona, Spain) for a tremendous four years.

The Bucs enter tomorrow’s match with a 12-6 record and are undefeated in the SoCon. ETSU has won their last four matches and have yet to lose a match on their home court. Barcelona, Spain natives Robert Herrera, Sergi Fontcuberta, and David Gonzalez each have singles record in doubles figures. Fontcuberta leads his team with a 14-3 record. As a team, ETSU holds a 64-32 record in singles and a 29-20 record in doubles.