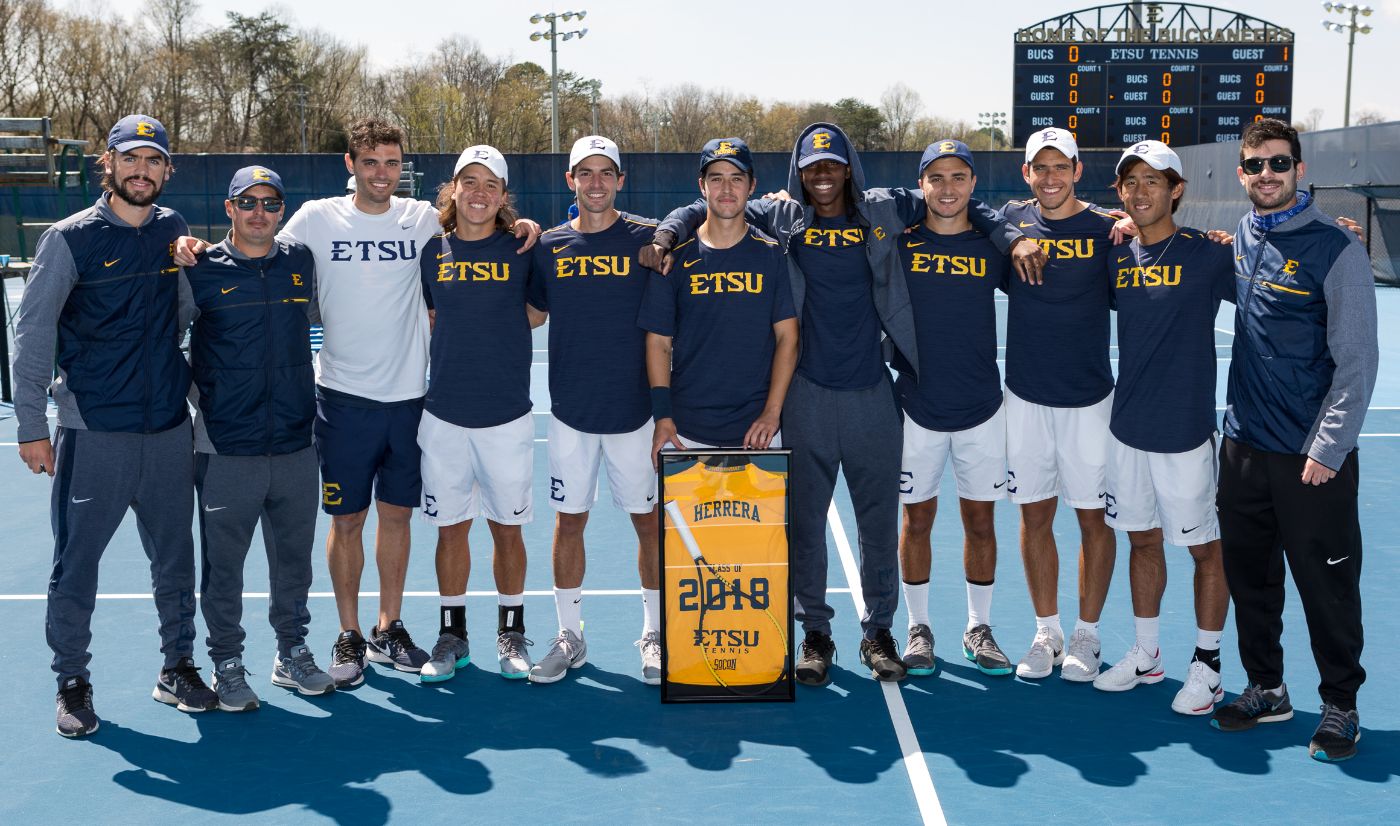 JOHNSON CITY, Tenn. (April 11, 2018) –  The ETSU men’s tennis team played their last match at home today at the Dave Mullins Tennis Complex. In the middle of doubles and singles play, ETSU celebrated their senior, Robert Herrera (Barcelona, Spain) for a tremendous four years. The Bucs took on No. 43 ranked MTSU, but fell to the Blue Raiders 4-3. ETSU falls to 12-7, while MTSU improves to 20-4.

The Blue Raiders were able to win the first match of the day in doubles. Sergi Fontcuberta (Barcelona, Spain) and David Gonzalez (Barcelona, Spain) evened the doubles point with a 6-2 win at the No. 3 spot, but MTSU would come out on top and win the third match to clinch the point.

MTSU jumped out in singles play to earn back-to-back points to take a 3-0 lead. Gonzalo Morell defeated Juan Lugo (Maracay, Venezuela) 6-3, 6-3 and Gian Issa took a 6-3, 6-2 win over Tasei Miyamoto (Chiba, Japan). Robert Herrera was able to end his last match played at the Dave Mullins Tennis Complex on a high note. He defeated Tom Moonen 6-4, 7-5 to get the Bucs on the board. David Gonzalez followed in his footsteps after winning a three-set battle. Gonzalez won 6-4, 3-6, 6-3 over Chris Edge. Miguel Este (Caracas, Venezuela) then tied the match for ETSU with another three-set victory. He defeated Luis Morillo Diaz 7-5, 2-6, 6-4. The last match of the day would come down to Miguel Negre and Sergi Fontcuberta in three-set fight. Negre took the 4-6, 7-6, 7-5 win to clinch the match for the Blue Raiders.

The Bucs conclude the regular season this Saturday, April 14 when they take on The Citadel in Charleston, S.C.