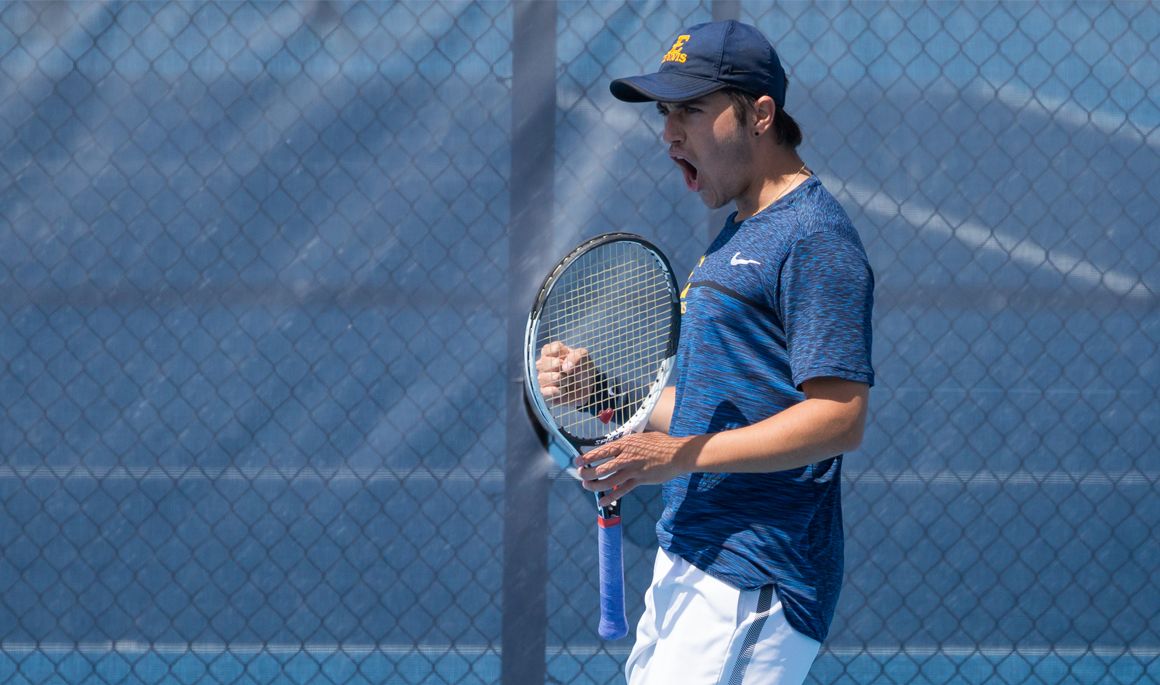 ETSU earns the #1 overall seed in the SoCon Tournament

Fontcuberta shifted his momentum to singles, as he cruised to a 6-2, 6-2 win over Noah Nawabi. Herrera followed in his footsteps also earning a 6-2, 6-2 win over Matthew Henson. ETSU continued to dominate with three straight wins following Herrera’s performance. Miguel Este defeated Roy Hobson 6-3, 6-0 at the No. 6 spot to clinch the match for the Bucs. Sophomore Juan Lugo (Maracay, Venezuela) won his match 6-4, 6-1 at the No. 2 spot over Willem van Zyl. Giving the Bucs their last point of the match was David Gonzalez. He defeated Jack Pyritz 6-4, 6-2. The Citadel’s Gavin Stewart was the only Bulldog to grab a point for his team. In a three-set battle, Stewart defeated Tasei Miyamoto (Chiba, Japan) 5-7, 7-5, 10-6.

"To go undefeated in any conference is always a challenge and a great achievement," stated head coach Martin Stiegwardt. "I'm proud of the guys for showing up to every match and every day at practice. They understand the effort and the sacrifice that needs to be made in order to be successful at this level. Now we get ready for the SoCon Tournament which will be another challenge."

ETSU earns the No. 1 seed in the SoCon tournament beginning Friday, April 20 in Chattanooga, Tenn. The Bucs will play the No. 8 seed, The Citadel in the first round.