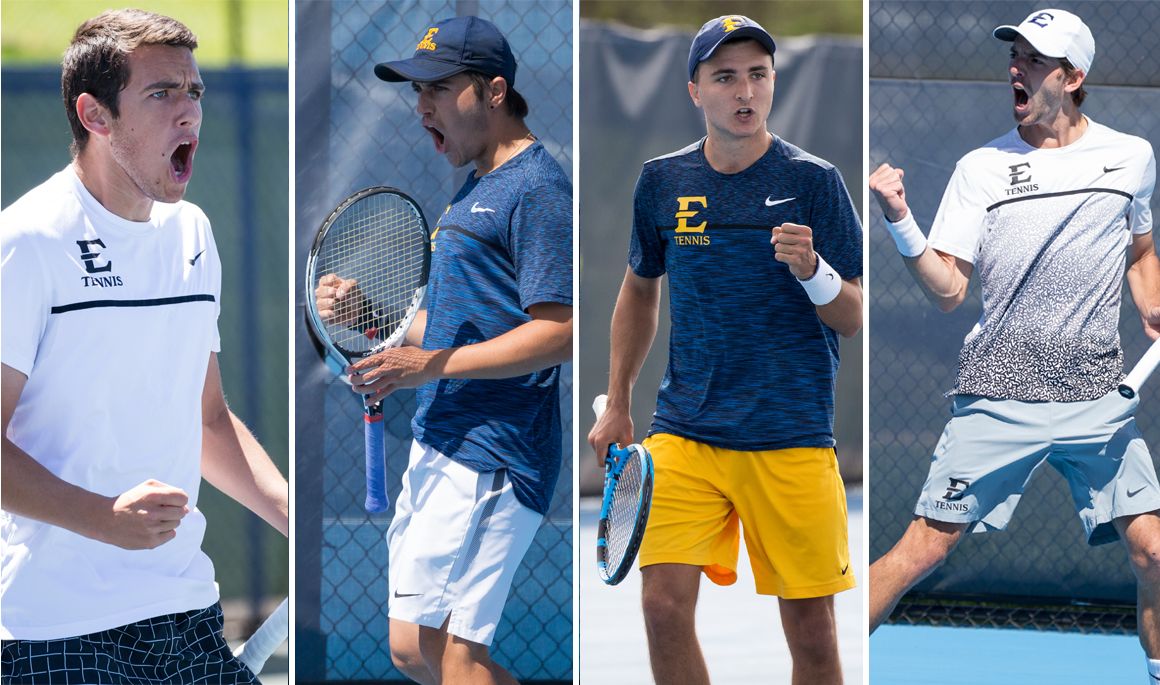 Barcelona, Spain natives Fontcuberta and Herrera earned First Team honors for the Bucs. Fontcuberta led the Bucs with a 15-4 record. He went 2-1 at the No. 2 spot, 12-3 at the No. 3 spot and picked up a win at the No. 5 spot. Herrera also had a fantastic season going 13-5 at the No. 1 spot.

Miguel Este went 7-6 on the season after finishing 7-4 at the No. 6 spot to earn a place on the Second Team in singles by position.

Concluding the SoCon postseason awards were Fontcuberta and Gonzalez who were named to the Second Team in doubles at the No. 3 spot. The duo went a perfect 5-0 when paired together.

All four Bucs led their team to their 18th all-time regular season title. After earning the No. 1 seed in the tournament, the Bucs will begin SoCon Tournament play this Friday, April 20 against No. 8 The Citadel in Chattanooga, Tenn. The match is set for 8:30 a.m. at the Champions Club.

Player of the Year

Freshman of the Year

Coach of the Year