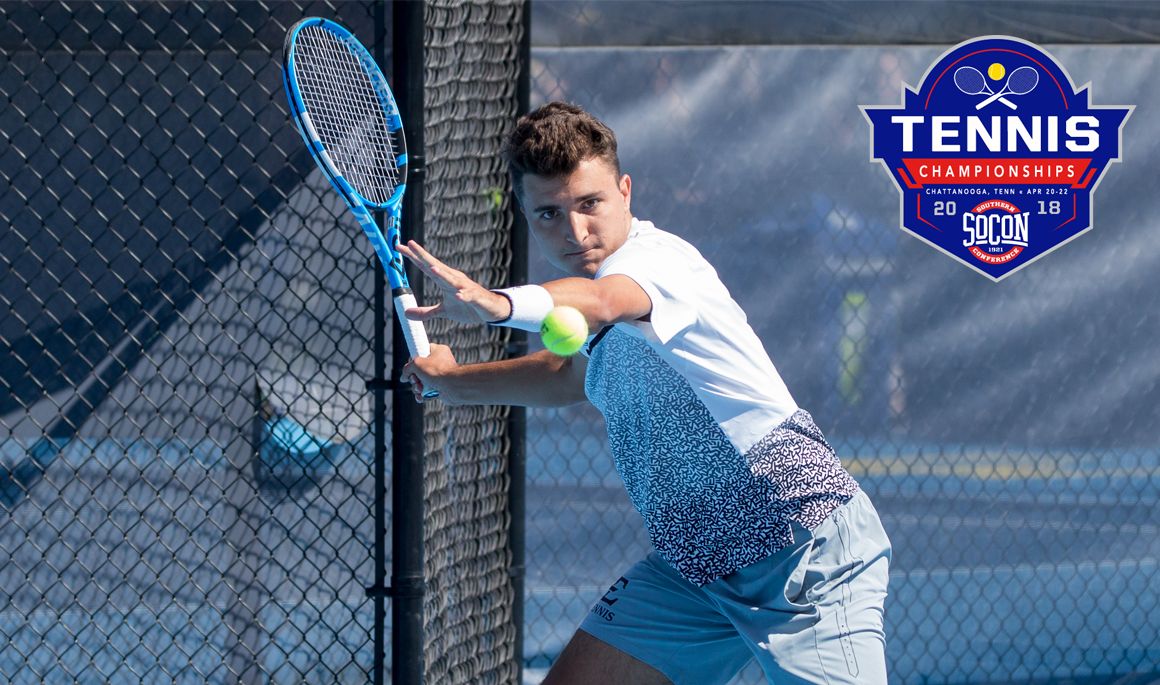 Bucs will play No. 5 Samford on Saturday in the semifinals

CHATTANOOGA, Tenn. (April 20, 2018) –  The ETSU men’s tennis team continued its unbeaten streak in the Southern Conference, as the Bucs raced past No. 8 The Citadel 4-0 in the SoCon Tournament quarterfinals on Friday morning in Chattanooga, Tenn. at the Champions Club.

With the victory, the ETSU will move on to the semifinals, which will be played on Saturday, April 21 at 10 a.m. ETSU moves to 14-7 overall, as the Bucs continue to stay a perfect 8-0 against Southern Conference opponents.

Juan Lugo (Maracay, Venezuela) and Tasei Miyamoto (Chiba, Japan) started things off the for the Bucs with a 6-1 win at the No. 1 doubles spot. They defeated Noah Nawabi and Gavin Stewart. Clinching the point for the Bucs was Sergi Fontcuberta (Barcelona, Spain) and David Gonzalez (Barcelona, Spain). With a 6-1 win over Willem van Zyl and Trey Davis, the pair remain undefeated at the No. 3 spot, improving to 6-0.

The Bucs wasted no time, as they won the first three singles matches in straight sets to claim the head-to-head match.

Fontcuberta picked up his second win of the day after defeating Noah Nawabi 6-2, 6-2. Senior Robert Herrera (Barcelona, Spain) ran past Matthew Henson 6-1, 6-2 at the No. 1 spot and Miguel Este (Caracas, Venezuela) capped off the morning with a 6-2, 6-1 win against Roy Hobson to clinch the match for the Bucs.

ETSU will play No. 5 Samford in the SoCon semifinal. The match is set to begin at 10 a.m. at the Champions Club.