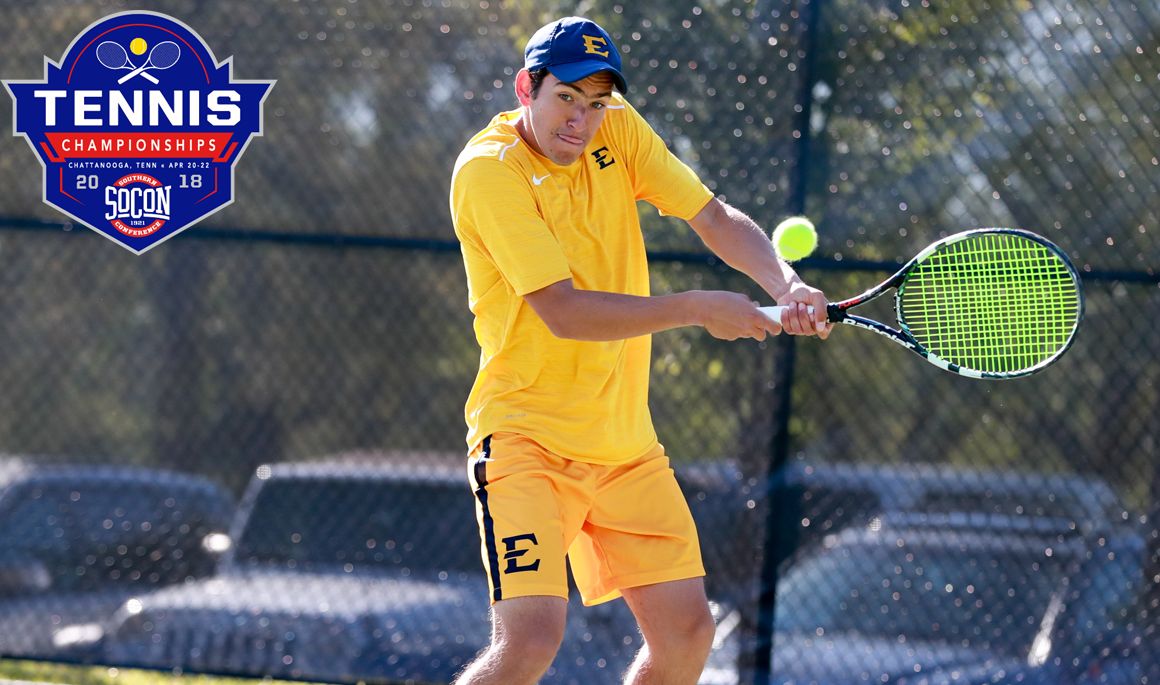 CHATTANOOGA, Tenn. (April 21, 2018) – For the fourth straight year, the ETSU men’s tennis team punched its ticket to the Southern Conference championship match, as the Bucs defeated No. 5 Samford in the SoCon semifinals 4-0 on Saturday morning at the Champions Club.

In the semifinal match for the blue and gold, Juan Lugo (Maracay, Venezuela) and Tasei Miyamoto (Chiba, Japan) jumped out to give the Bucs a 6-2 win over Jake Faundez and Rossouw Norval. The No. 2 doubles pair of Miguel Este (Caracas, Venezuela) and Robert Herrera (Barcelona, Spain) clinched the doubles point for the Bucs. Este and Herrera defeated Justin Ghavami and Aleksandar Petrovic 7-6 (7-4).

Herrera shifted his momentum into singles action. He gave the Bucs their first singles win after he won 6-1, 6-1 over Jake Faundez. The Bucs would not stop there, as they would win back-to-back singles matches to clinch the match. Miguel Este put the Bucs one step closer to the championship after defeating Max Rebol 6-1, 6-3 and Sergi Fontcuberta (Barcelona, Spain) clinched the match for the Bucs with a 6-3, 6-3 win over Eduardo Lourido.

With today’s win, ETSU moves to 15-7 overall, while Samford concludes its season at 11-11.

No. 3 Furman upset No. 2 Mercer 4-1 to claim the second spot in the championship match. First serve between the Bucs and the Paladins is set for 10:00 a.m. at the McCallie School. The two teams met earlier in the season, as ETSU upended Furman 5-2 in Greenville, S.C.